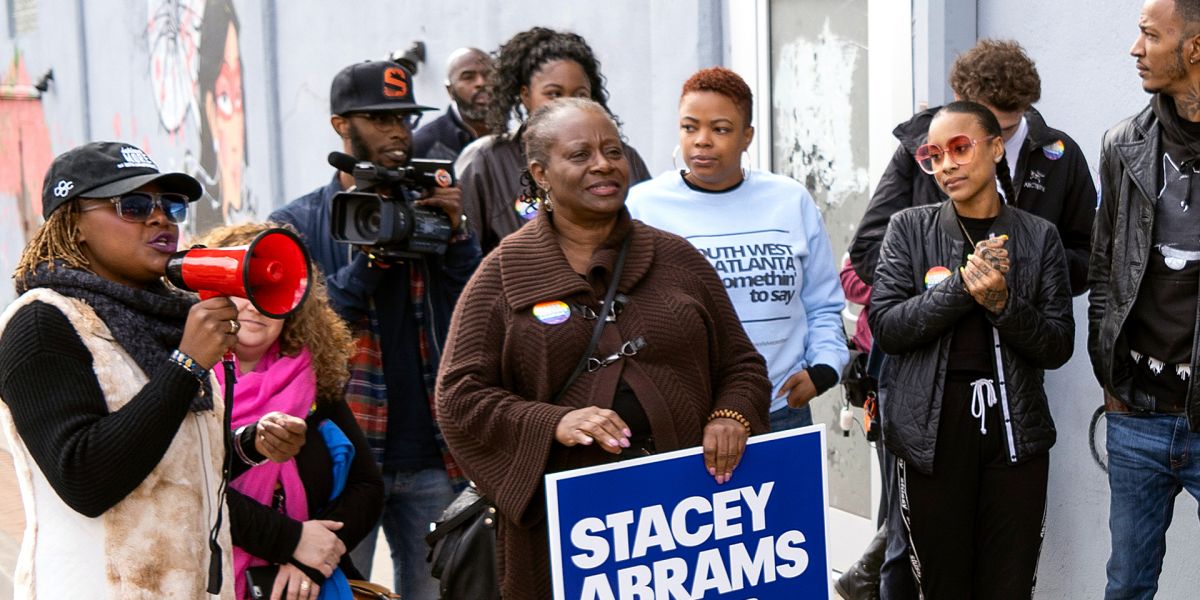 ‘Finding Justice’ is a brand new, poignant six-part docuseries which first premiered on the BET network on March 10, 2019. Produced by Seven Bucks Productions, a company co owned by former wrestler and current superstar, Dwayne ‘The Rock’ Johnson and his ex-wife Dany Garcia. The docu-series focuses on contemporary, African-American activists in their struggle against systematic white oppression and overpowering maligning forces.

Scot Mills, President of the BET Networks shared his views over this new partner with ‘Seven Bucks’ in a statement to Deadline saying, “BET is immensely proud to partner with Dwayne, Dany and David to bring ‘Finding Justice’ to our viewers. In this challenging time of divisiveness and inequality, it is essential that we highlight both the challenges facing African-American communities and the people who are fighting for change. It is our hope that this powerful docuseries will engage and empower our audience to continue to fight against the terrible injustices that disproportionately affect our community”. Contemporary issues which feature in the series include the controversial ‘Stand Your Ground’ law in Florida, the ‘Lead Paint Crisis’ (Baltimore), Voter Suppression (Atlanta), Criminilization of Kids (Los Angeles, California), Cash Bail (St. Louis) and Police Brutality (Minneapolis-Saint Paul Metro Area).

Sociopolitical importance of the show in contemporary US is immense due to its rising intolerance in this era of post-truth spearheaded by President Trump. It is more important now, than ever before, to uphold the African-American identity, through poignant representations of its history, struggles, past and present on media. Shows like ‘Finding Justice’ should be lauded in their effort to do the same. The institutionalized acceptance of the criminality of the black community must be shattered and social responsibility must be perpetrated among the white masses. Stereotyping communities based on some overarching commonalities should be avoided at all costs, and a conscious effort must be made by individuals in positions to power to be instrumental in establishing a unique identity of these said, marginalized communities.

Finding Justice Cast: Who’s in it?

Each episode of the six part docuseries ‘Finding Justice’ is designed to bring forth, a separate present day struggle of the African American community, by focusing on the leaders, activists and advocates spearheading the same. Stacy Abrams, an American politician who served as Minority Leader of the Georgia House of Representatives from 2011 to 2017, appears in the third episode speaking out against voter suppression in Atlanta, Georgia. Rashad Robinson, an American civil rights leaders and the executive director of ‘Color of Change’ is also seen on the show.  Others featured on the series are specific to the issues being dealt with. I shall further elaborate on the same in the following segment, while describing the plot.

Finding Justice Plot: What is it about?

The essential intention of the series is to bring forth among the masses the fight of contemporary African American activists in their process to establish equal representation, eradicate stigma, and single out oppressive elements of the predominant White society, by highlighting six present day crises. Each episode stands alone and deals with a separate institutionalized social evil prevalent in current day United States.

The ‘Stand Your Ground’ law in Florida, states that a person is justified in using fatal force if s/he reasonably believes it is necessary to prevent imminent death or great bodily harm, or to prevent forcible felony. This is an aggravation of the pre existing ‘Castle Law’ which unburdens an individual of the consequences of his retaliatory actions under the roof of his own house. As a direct result of this law, Markeis McGlockton was shot and killed over an altercation with a vigilante parking monitor regarding a handicapped parking spot without any consequences, sparking a series of renewed protests led by his father and lawyer. ‘Finding Justice’s’ first episode features these protests and the relentless fight by Mike McGlockton(father) and lawyer Michel Rayner Goolsby to seek justice.

St. Louis’ medium security correctional institute, used for pretrial holding, commonly known as the ‘Workhouse’, is infamous for the inhumane standard of living it provides for the inmates, and has therefore turned into a physical manifestation of the fall-backs of the ‘Cash Bail’ system in America. This, in turn, has turned the ‘Workhouse’, into a focal point of protests against Cash Bail. Episode 2 features advocates from all over the country fighting to shut down this slave vestige of a correctional facility.

The African-American population in Atlanta, Georgia faced the outdated, and regressive political tactic of ‘Vote Suppression’ as recently as 2018, during the mid-term, gubernatorial elections. Efforts to disenfranchise black voters by passing ID laws, purging voter rolls, and creating election day chaos, were carried on by the right-wing political powers. ‘Finding Justice’s’ last aired episode deals with the backlash among the Black community as its result. Subsequent episodes are supposed to feature the criminalization of kids in Los Angeles, the Lead Paint Crisis in Baltimore, and police brutality in the Twin Cities. Stay tuned to Cinemaholic for regular updates.

Finding Justice Season 2 Release Date: When will it premiere?

Season 1 of the started airing on the BET Network, every Sunday at 8pm, from March 10, 2019. As far as the next season is concerned, the picture is not as clear because it is still early days. Though, considering the fact that the show has managed to spark conversations around race relations in America, there is a good chance Finding Justice will see another season. If the show does get renewed, we expect Finding Justice season 2 to release sometime in March, 2020.

Here’s a trailer of Finding Justice to help you form an idea of what to expect if you haven’t seen the show.