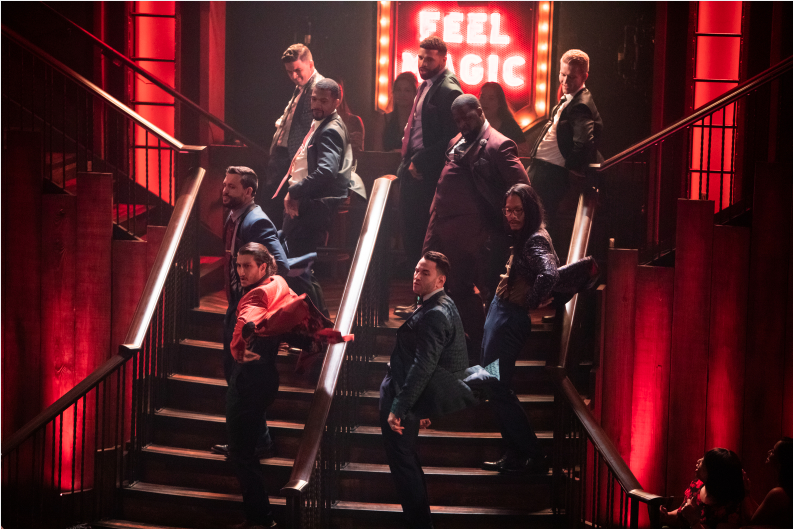 HBO Max’s dance reality show ‘Finding Magic Mike’ borrows heavily from the dancing style portrayed in the 2012 movie ‘Magic Mike‘ as it brings together ten contestants ready to fight for the crown. With each contestant facing some vulnerability in their everyday lives, the show aims to find an individual who will be able to break out of his shell and put on an extraordinary dance performance while working on his self-confidence, courage, and self-belief. Praised for its outstanding performances, incredible transformations, and inclusiveness, ‘Finding Magic Mike’ has reality TV fans enthralled as of this moment.

Co-created by Steven Soderbergh and Channing Tatum, the show has been received quite positively. Viewers are also quite taken with the unprecedented yet emotional portrayal of masculinity which played a significant part in propelling the contestants into the spotlight. With season 1 now upon us, fans are clamoring to know if and when the series might return for a second outing. Let’s find out, shall we?

‘Finding Magic Mike’ season 1 dropped in its entirety on December 16, 2021, on HBO Max. The entire season consists of 7 exciting episodes, each having an estimated runtime of 40 to 45 minutes.

Unfortunately, there has been no word from HBO Max about a second season as of yet. Still, fans need not lose hope as many factors go behind the renewal of a TV show. The show’s popularity, its viewer base, and the amount of money it has earned for the network are all taken into account before greenlighting a second season.

Thus, with ‘Finding Magic Mike’ already receiving a positive response, there is a high chance for the show to be renewed. Moreover, with the ‘Magic Mike’ universe now expanding with TV and live shows, HBO Max might be inclined to greenlight ‘Finding Magic Mike’ for season 2. Thus, in case of a possible renewal, we can expect the sophomore season to drop in early 2023.

The mentors — Vincent Marini, Adam Rodriguez, Alison Faulk, and Luke Broadlick — have all been associated with the ‘Magic Mike’ franchise for a long time and hence, are fully expected to return in case of a greenlighted sophomore season. Besides, season 1 had a star-studded list of guest judges, including stalwarts like Whitney Cummings, Nikki Glaser, Nicole Scherzinger, Amanda Seales, and Robin Thede.

Thus, we can expect some of these people, as well as other popular celebrities, to appear as guest judges in the show’s second outing. Additionally, if a second season is given the go-ahead, it will surely feature a fresh batch of fifty contestants, all vying for the coveted title of “Magic Mike.”