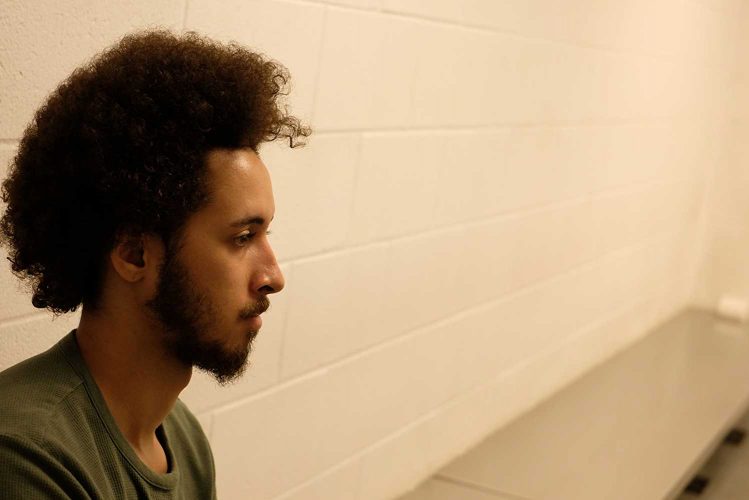 As the prison industry is an outsized aspect of the life of America, it is bound to have an authorized place in American Entertainment. Hence, the average American film or TV viewer most probably has a solid grasp on the various aspects of the Criminal Justice System of America just by looking at the media. Even though there are several other series emanating prison stories, ‘First and Last’ is up for the challenge of creating something new, as America is a country fascinated by crime, and breeds around 22 per cent of the world’s prisoners despite constituting only 4 per cent of the world’s total population.

‘First and Last’ first premiered on Netflix on September 7, 2018. The show, as the title suggests, documents the first and final days of inmates as they are entering prison following conviction and others as they are preparing for release. By capturing the two most momentous periods of their lives, the series gives a fascinating insight into the lives of the inmates.

First and Last Cast: Who’s in it?

The cast of First and Last mainly comprises of newly convicted inmates and those on the verge of release.

First and Last Plot: What is it about?

‘First and Last’ is a unique docu-series featuring the life of prison inmates. We often see movies and TV series that focus on police officers and their heroism. But not ‘First and Last’. The series highlights the life of the convicted people when they first entered the jail and the days leading to their release.

First and Last aims at revealing, as they call it, the ‘reality behind the bars’ genre of storytelling in the form of a documentary. Every episode is dedicated to featuring the first or last day of the inmates in prison. You will be moved by the surprising and insightful survey of the American Criminal Justice System the creators of this series have conducted with the help of the Gwinnett County Jail of Georgia.

A very compelling subject on the series are the inmates who are new to prison. They either end up walking free or doing time which depends on their emotional and complicated choices that they are going to make over the course of an episode. The chorus of prisoners offering their bits of advice, experiences, and dreams of their future in the finale is capable of moving you to tears.

The first episode shot to fame with an 18-year-old boy named Alex who gets arrested for drugs and guns found during a routine traffic stop along with two older men, Andre and Dontrell. Even if it is clear that the drugs and guns did not belong to Alex, he is expected to accept charges because he was found with those who have already been in jail before. It is stressful to see what Alex will decide in that chaotic moment because if he snitches on Andre and Dontrell, he has to face the consequences on the outside, which might create a profound impact on the rest of his life.

On the other hand, stakes are comparatively lower for the inmates who are about to leave prison. They will be witnessing a new chapter in their story. They have two possibilities; they can turn over a leaf and start afresh or end up back in prison by going back to their old ways. Whatever the case, we won’t know what actually happened. Viewers can expect some poignant moments when a young 19-year-old boy named Jesus gets a haircut before his release, or a lady of 54 years realizes that nobody is coming to pick her up, and ends up asking a cop for a ride home. Such situations look casual but have a deep meaning and get us emotionally charged. Even though First and Last may not be as effective as series revolving around crime examination, it has its own style when it comes to the conveyance of its message, which is a thought-provoking one at that. The series does a good job of contrasting the stories of its subjects against each other and puts forward the debatable and complicated question, ‘Does prison work?’

The next season of the show might take us to another county jail and familiarize us with first and last days of inmates there.

First and Last Season 2 Release Date: When will it premiere?

Catch the trailer and all the episodes of First and Last on Netflix while you wait for updates on the next season.