When Will ‘Fishing for Giants’ Return on Smithsonian Channel? 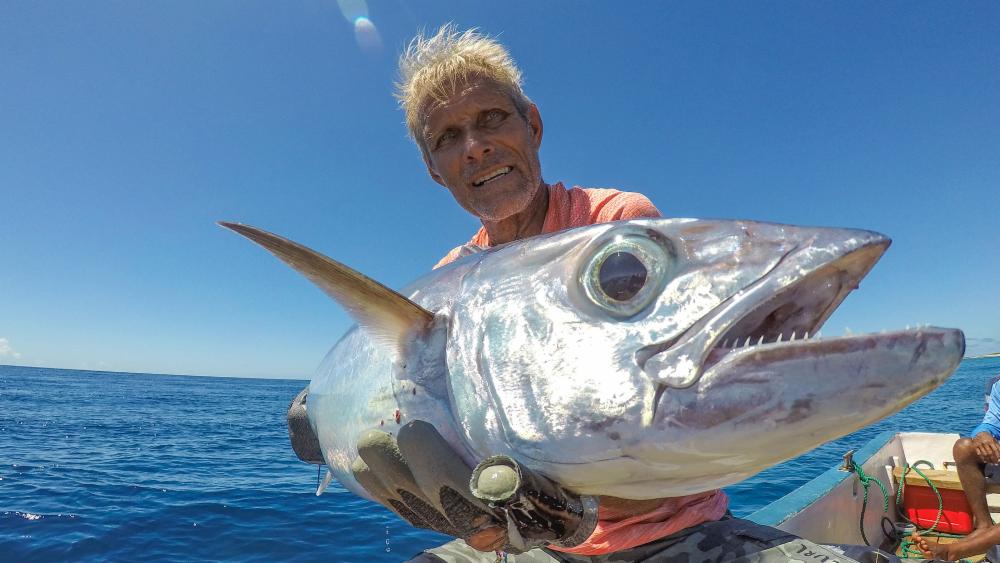 Reality shows that follow a documentary-style narrative are always a thrill to watch because they give viewers a real-time experience of the events which unfold on the screen. When such a format is coupled with the genre of adventure, it is no less than an icing on a cake, and more often than not, proves to be the rage among the audience. Conceptualized along the same lines is ‘Fishing for Giants’ which premiered on April 25, 2018, on the Smithsonian Channel.

The show is produced by the Smithsonian Channel and stars Andy Coetzee as the presenter of the show. It is about Coetzee trying to catch various monster-sized fishes from around the world. In doing so, he comes face to face with various hazardous challenges as he charts into territories fraught with risks.

‘Fishing for Giants’ received favorable reviews from viewers and critics alike and was praised for its authenticity which brings us to the question – will there be a ‘Fishing for Giants’ Season 2? We will delve into that question as we quickly look into the details of the series.

Fishing for Giants Season 2 Release Date: When will it premiere?

‘Fishing for Giants’ Season 1 premiered on April 25, 2018, on the Smithsonian Channel. It is now available for streaming on Amazon Prime Video. The viewers of the show anticipated that an announcement on the show’s return will be made in 2019, but they were left disappointed as Smithsonian Channel didn’t announce anything about a possible season.

It is expected that the channel will give an official update in 2020 on whether the show will return for another season or not. In any case, if it is renewed, we will expect ‘Fishing for Giants’ Season 2 to premiere later in 2020. Stay tuned for more updates.

Who is the Host of Fishing for Giants?

The show is shot and told in a documentary style narrative, within actual locations, so it features real-life people. The most prominent among them is Andy Coetzee, himself, who appears as the host of the show.

Coetzee, who is a South African native, has traveled around the world throughout the years and has caught plenty of fish. He has now taken it up as a personal challenge to hit the jackpot by doing the impossible.

According to the Smithsonian Channel, “Watch him brave one of the most treacherous rivers on the planet, enter uncharted regions of the Indian Ocean, and dive into the predator-laden waters of Western Africa on his quest to find the Nile perch, the dogtooth tuna, and the giant barracuda–three leviathans that won’t be caught without a fight.”

As the presenter of the series on whose shoulders the series thrives, Coetzee is understandably expected to return in season 2.

What is Fishing for Giants about?

The first season explores the journey of Andy Coetzee as he goes from one unexplored territory to another. Among the numerous places he visits, some of them are the Nile River, Indian Ocean, Astove Atoll in Seychelles and the ocean waters of the Gabon coastline. At first, he goes to wild depths of Africa to capture the giant and menacing fish, the Nile Perch.

Coetzee’s endurance and survival skills are tested when he ventures into capturing this wild aquatic animal. Many life-threatening challenges, in the form of large crocodiles and hippopotamuses, await him in this aquatic wilderness. His appetite for adventure takes him to a dangerous journey into the seas where he wishes to accomplish his long term objective, by hunting down the Dogtooth Tuna. The quest for catching this fish turns out to be quite the challenge.

After overcoming many lethal obstacles and threats, he finally reaches a sweet spot where he might just be able to catch the legendary fish. The series continues as the viewers find out in the next episode that Coetzee is planning to capture a giant Barracuda. This aquatic menace is known for its sharp teeth that can cut through the human flesh and bone within a fraction of a second.

But for Coetzee, it is his life’s goal to go to any length to catch this beast. So, he travels to “Africa’s Eden” to capture the legendary predator. Andy Coetzee is the driving force of the show as the viewers see him accomplish each objective through sheer determination and hard work. He does not rely on anything superficial (e.g. gadgets or advanced machinery) to reach his goals. He is patient enough to deal with all the obstacles and hurdles that nature throws his way.

‘Fishing for Giants’ promises thrills that aren’t the forte of most other genres and Andy Coetzee proves that his adventures are worth the risk with every challenge he takes up.

While you wait for updates on Season 2, here is a glimpse into the kind of adventures one can hope to witness on ‘Fishing for Giants’. Head over to Amazon’s Prime Video to stream Season 1.