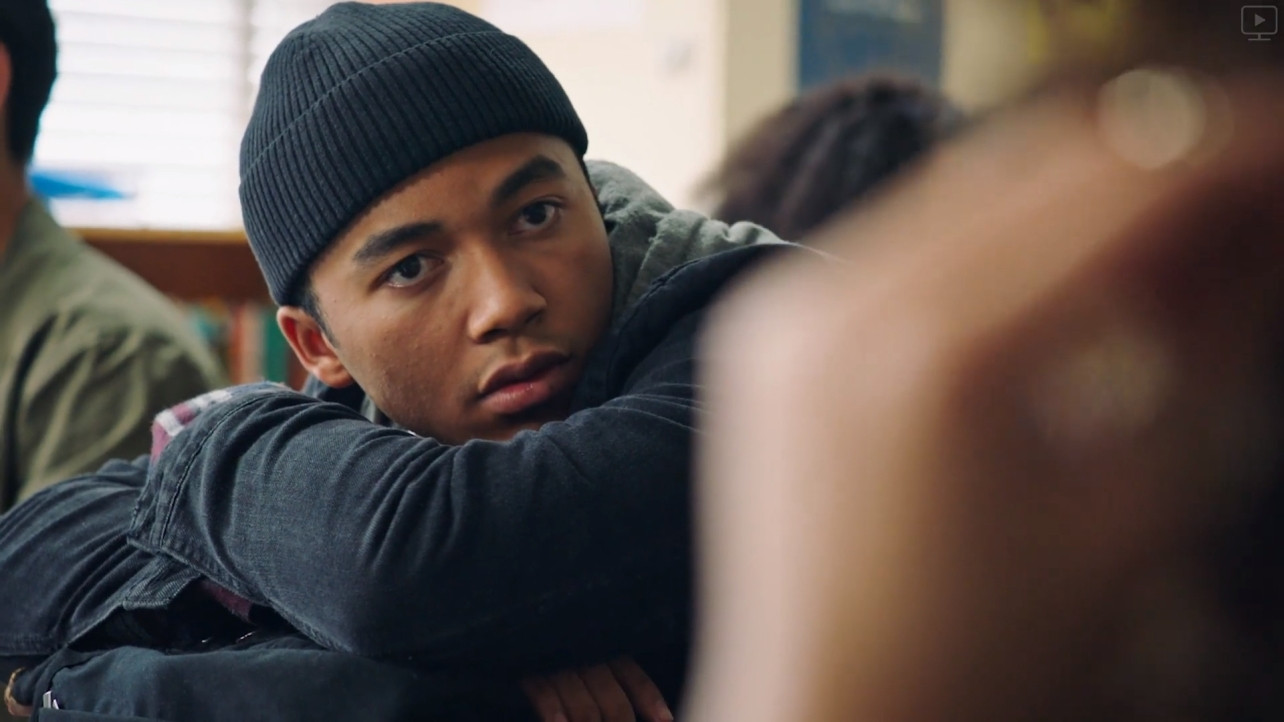 ‘Five Points’, one of Facebook Watch’s notable ventures into scripted programming, is a teen drama web television series that is created and written by Adam Giaudrone. It features Thomas Carter as the director. The duo joins Kerry Washington, Jon Avnet, Rodrigo García, and Jake Avnet as the executive producers. The story, which is set on Chicago’s South Side, revolves around five high school students having five unique points of view about a certain life-changing event. And each of these views is necessary for unearthing the truth.

The show has seen two successful seasons so far. Here is everything we know about its next installment.

Five Points Cast: Who is in it?

The cast of ‘Five Points’ is led by Hayley Kiyoko as Lexi Himitsu and Madison Pettis as Natasha “Tosh” Bennett. Pettis, an actress, voice actress, and model, is best known for her performances in ‘Cory in the House’, ‘The Game Plan’, and ‘Life with Boys’. Kiyoko, a singer, songwriter, and actress, has appeared on many shows and films, including ‘Scooby-Doo!’ film series, ‘Lemonade Mouth’, ‘Blue Lagoon: The Awakening’, ‘Jem and the Holograms’, and ‘XOXO’. She is also seen on ‘The Fosters‘ and ‘CSI: Cyber’. They are joined by Ray Cham Jr. as Cameron “CJ” Jin, Spence Moore II as Eric Harper, Nathaniel Potvin as Wallace Marks, Jake Austin Walker as Alex Baker, and Trey Curtis as Jonathan.

All the major cast members are expected to return for a season 3, if and when it happens.

Five Points Plot: What is it about?

‘Five Points‘ can be described as the teenage counterpart of ‘The Affair‘, when a certain incident at Five Points High School in Chicago is narrated via the points of view of five different students. The story begins by introducing us to CJ, who helps his mom pay rent by pawning stolen smartphones. However, after being threatened by his landlord who asks them to vacate the house on account of pending dues, he pairs up with his friend Ronnie, to steal the antique gun collection of Tosh’s wealthy dad. They are successful in the act and stash the stolen ammunition in a dumpster at school. On the other hand, Tosh plans her future with Eric, who is the football star in the institute. She helps him decide in picking schools that offer scholarships. But Eric finds his interest in the game waning after a concussion hampers his performance.

Eric’s good friend is Wallace, a timid bookworm, who does volunteering activities at the library and does not have a girlfriend to date. He, however, harbors a secret crush on the rocker girl, Lexi, who, on the other hand, is attracted to CJ because of his know-how about Led Zeppelin. He helps Eric with his concussion pain by selling pages from his psychiatrist father’s prescription pad. Alex somehow learns about this arrangement and beats him up, tossing him in a dumpster. Now, it is not difficult to guess what he discovers there!

‘Five Points‘, with each of its episodes spanning 12-13 minutes in length, narrates incidents from five POVs of its lead characters. Although the episodes are short, the creators have done a marvelous job of packing in enough information into each episode. Every character has his/her own backstory and by the end of the series, all the perspectives come together toward the final reveal. The stars do a good job with their character portrayals and the show, as a whole, can be branded as an exploration of Chicago in the 2010s, similar to ‘The Chi‘. And as per our recommendation, it does deserve a watch, primarily because of its performances, well-drawn characterizations, and short time span.

After the conclusion of season 1, season 2 picks up another mystery at Five Points High School. In this story arc, we see the school’s theater being destroyed in flames. Of course, it leads to the typical “whodunnit” scenario with Ananda, Tosh, CJ, Wallace, and Lexi, all having their own secrets. But, who among them is so desperate to hide the truth so that he/she is willing to kill?

If season 3 happens, it is most likely going to delve into another mystery with five differing points of view.

Five Points Season 3 Release Date: When will it premiere?

‘Five Points’ Season 2 premiered on Facebook Watch on August 5, 2019, releasing three episodes on the same day. It also comprised of 10 episodes just like the first season and embraced the trend of producing shows that has fewer episodes and lesser run times. The show is one of the four titles renewed by the social behemoth for additional seasons.

‘Five Points’, is, in fact, Facebook’s part of efforts to enhance its Watch service, which includes other titles like ‘Humans of New York: The Series’. And of course, since it is backed with celebrity power like Washington (‘Confirmation’ and ‘Scandal‘, which are both award-winning critically acclaimed shows), it holds a lot of potential. So, we believe the show will get renewed for another season and ‘Five Points’ Season 3 will most likely premiere sometime in August, 2020.

Below is the official trailer for season 2 of the show. If you have not watched it yet, head over to Facebook Watch and catch up on all the previous episodes.