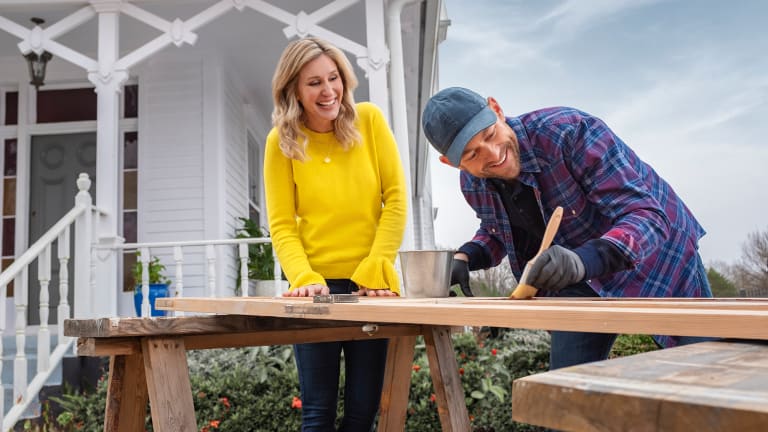 The latest episode of ‘Fixer to Fabulous’ season 2 sees Dave and Jenny tackling a house with a history. A couple approaches the home renovation experts to revamp their 19th-century haven that has been in their family for five generations. Now, they want to overhaul it to match their modern lifestyle. As per HGTV, “Dave and Jenny renovate the space while preserving the historic charm so the home can be passed down for generations to come.” And the final results are mind-blowing! Now, the show is all geared up to release its 6th episode, and here is everything you need to know about it.

‘Fixer to Fabulous’ season 2 episode 6 will premiere on December 1, 2020, on HGTV, at 9 pm ET/PT and 8 pm CT. New episodes should air weekly every Tuesday at the above time slot. If there are any changes, our preview sessions will keep you updated. Season 2 consists of 13 episodes.

Where to Stream Fixer to Fabulous Season 2 Episode 6 Online?

With a cable connection, you can watch the upcoming episode by tuning in to HGTV at the designated time slot. After the TV premiere, you can also catch up on the released episodes online on the show’s official website. New episodes will land on the same date as their tv releases on the HGTV Go App. If you wish to ditch cable, live-streaming options include Fubo TV, Directv, Sling TV, Philo TV, and YouTube TV. Episodes are additionally available for purchase on Amazon Prime Video.

The upcoming episode is called ‘Old Dojo to Modern Mojo’ and its official synopsis goes as follows: “A couple bought a karate studio as an investment property but when life threw them a curveball, they decided to downsize. With Dave and Jenny’s help, they want to transform the commercial space into a home complete with industrial and modern charm.”

In the 5th episode, Dave and Jenny Marrs are approached by homeowners Brittany and Dough Brewer, who wish to update their house that was built in the 1900s. The 1,320 square feet building holds three bedrooms and two bathrooms. The fam had bought the property for $81,000 and the couple has a budget, not exceeding $150,000 on the renovation. The house dates back to Dough’s great grandmother and his grandmother. Brittany and Dough want the revamped property to match their current lifestyle while still preserving its fond memories.

Jenny decides to start off the renovation by including a wrap-around porch, embedded with sitting spots for the couple. Dave opts to increase the ceiling height and converts the living room into a home school for the two kids in the family. The small main bath is given a complete makeover, coupled with a massive window, fresh white tiled flooring, and contemporary lighting. Jenny even includes a tub for Jenny and swaps the double sinks for one big sink. The couple finishes off the project with a customized plaque, which reads: ‘The Brewer House, 1926’.