Fixer Upper: Behind The Design Season 3: Premiere Date and Cast 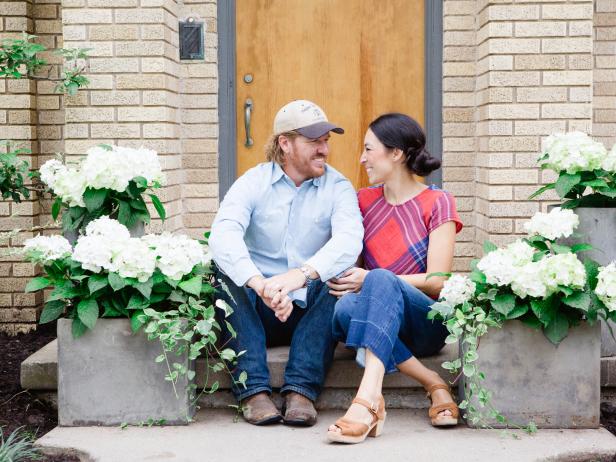 ‘Fixer Upper: Behind The Design’ is a reality series that first premiered on April 10, 2018, on HGTV. The show is the spin-off of one of the most famous series of HGTV called ‘Fixer Upper‘. The show follows Joanna Gaines, the host of the original show as well.

Have you ever wondered what a host thinks when they first enter a particular house they have to restore or renovate? Well, in the show they just focus on the process and the end result but, like everyone else, they too have their own doubts, questions, and roadblocks.

‘Fixer Upper: Behind The Design’ features Joanna taking the audience through a behind the scenes tour of the intricate designs that are not shown on the original episodes. Joanna talks about why she chose a particular color palette, what she really thought about the homeowners, how do the rooms not revealed on the show look in real-life now, what was her concept behind the designs, and what difficulties she faced.

After two seasons, fans are now asking whether there will be a ‘Fixer Upper: Behind The Design’ Season 3. We are here to delve into that after offering a glimpse of the show’s details.

Who are the hosts of Fixer Upper: Behind The Design?

Chip Gaines and Joanna Gaines are the hosts of the show. The happily married couple has also hosted ‘Fixer Upper’ together in the past so it makes sense if they together host the spin-off as well. As the original show is hosted by them, it is obvious to believe that Fixer Upper: Behind The Design Season 3 will also be hosted by Joanna and Chip.

Fixer Upper: Behind The Design Plot: What is it about?

Joanna renovates a little bungalow and turns it into a cozy cottage for a woman who has lost her husband. Joanna understands the loneliness and grief of the woman and hence creates spaces to hang pictures and memorabilia. She uses a neutral color palette and natural wood element to keep everything light and simple.

Jo and her team turn a boring and dated Tudor home into a Parisian-eclectic dream-home for a couple who are adventure junkies and world-travelers. The episode also features a fun surprise for the couple that Jo has incorporated, which was not revealed in the original episode.

Jo and her team convert an old house into a Tudor-style home without disturbing its historic charm. While doing so, she decides to incorporate the couple’s modern and traditional style equally into the character of the house. She also reveals an amazing wallpaper-covered guest bathroom. The bathroom was not featured in the original episode.

The Jackson family wants their house to have rustic and coastal styles, both. Joanna and her team work on an outdated Ivy House, incorporate both the styles and finally transform it into the one-of-its-kind house.

A friend of Chip and Jo wants them to transform his small house into a bachelor hub for his young son. Jo chooses a dark color palette in contrast with warm wood accents. She creates a modern mountain cabin feel along with pass-through kitchen windows. Jo takes up a very special project by designing a house for her sister and brother-in-law and their five children.

As Jo knows the personalities of her sister and brother-in-law very well, she decides to incorporate a combination of vintage, retro and modern elements into the house. She also designs unique rooms for all the children. Joanna and her team work on a beautiful 1970 brick-house.

The Aguilar family wants to inject modern and Mediterranean style into the house and Joanna tries to give them just that. TJ and his girlfriend Stephanie want their old barn to be converted into a modern farmhouse. Jo uses modern elements to do so along with introducing concrete countertops and stainless steel fixtures.

Fixer Upper: Behind The Design Season 3 Release Date: When will it premiere?

Like the title suggests, the show deals more with designing and creativity. The show does not just explore the renovated house for its face value but dives deep into its making. If you enjoy designing and love creativity, we suggest you watch the show right away. The insights provided by Joanna are really amazing and will totally help you if you are planning to renovate your house.

Though there is no official announcement for the release yet, we believe ‘Fixer Upper: Behind The Design’ Season 3 will release sometime around June 2020.

Fixer Upper: Behind The Design Trailer:

You can catch the glimpse of one of the previous seasons below, to get an idea of the show.