Where To Stream Fixer Upper? 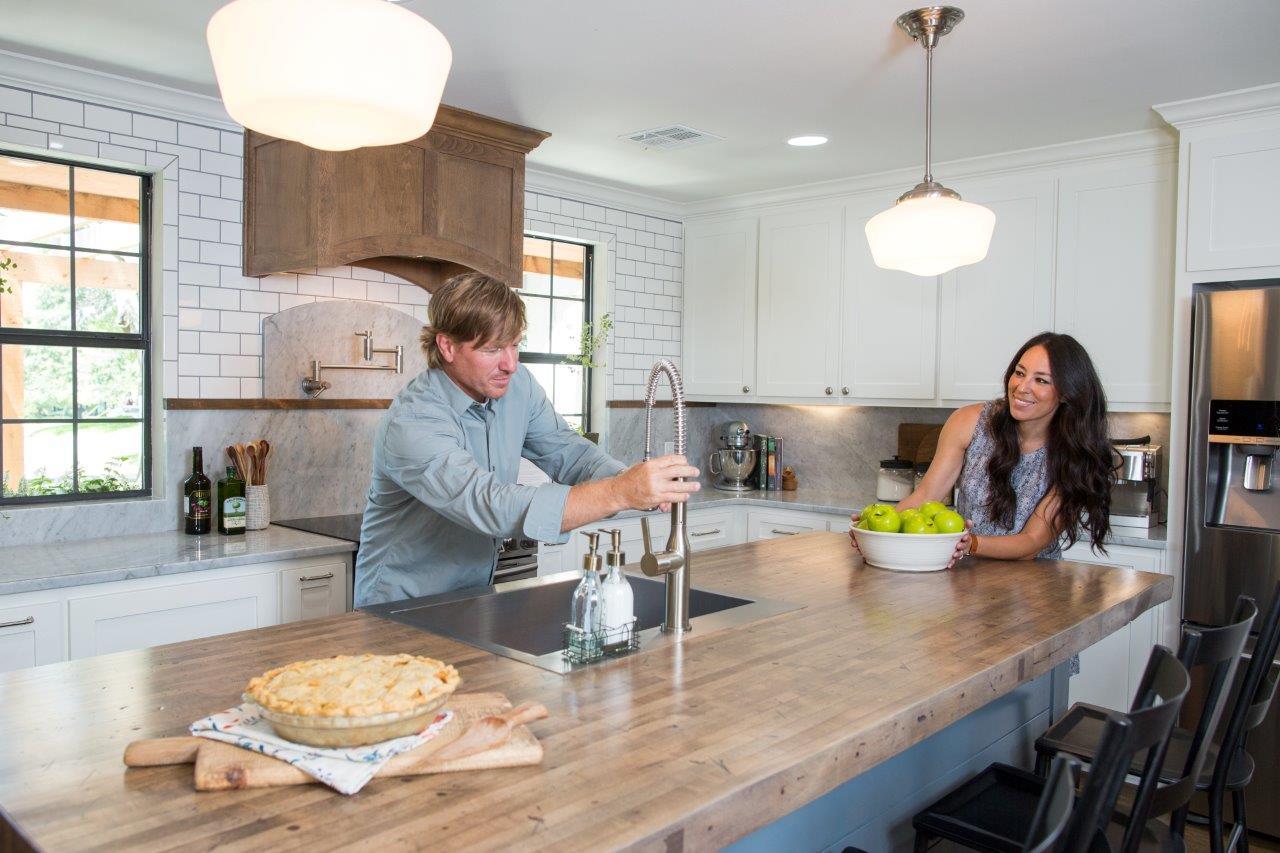 ‘Fixer Upper’ is an American reality television series that airs on HGTV (Home and Garden TV). As the name suggests, the series is about home design and renovation. It stars Chip and Joanna Gaines, who worked with clients wanting to purchase and remodel their homes prior to appearing on the show. The duo show couples homes in central Texas which will all require a degree of renovation. Once the choice is made, they get to work to turn these houses into dream homes for the couples.

‘Fixer Upper’ has also led to a spinoff titled ‘Fixer Upper: Behind the Design’, which deals with how Joanna comes up with the various designs and changes to the interiors that we see in the primary show. Shot in Waco, Texas, the show has often been credited with popularizing the rise of the farmhouse-chic interior design in the 2010s. Naturally, you must be wondering about where you can see ‘Fixer Upper’. Well, we are here to tell you that, but first, let us briefly walk you through the show.

What is Fixer Upper About?

At its core, ‘Fixer Upper’ is an addictive home renovation show that thrives on the talents and charms of Chip and Joanna Gaines, the husband and wife duo. The quirky team started the show after being home renovators in real life as well. In every episode, they approach a client who chooses one of the three homes that will then be turned into a dream home based on the specifications of the client. This is where Chip and Joanna get to work. The husband is the contractor and real estate agent who is in charge of the demolition and renovation part of the job. While he does the heavy lifting, his wife brings the artistic touch to the series, since Joanna is in charge of the interior design.

Over the seasons, we have seen several homes being fixed in Waco, Texas, and some dramatic moments arrive when the renovators clash with clients, who seem to have conflicting visions and goals about what they want to include in their dream homes and what they want it to look like. Renovation can be a challenge and ‘Fixer Upper’ shines a light on it. That being said, the show does have its positive aspects. For example, Chip can be goofy at times, distracting Joanna while she is working. These lead to some lighthearted and fun moments in an otherwise intense show. The showrunners do a good job of walking viewers through the entire process of choosing a home, making a decision about the interior design, renovating accordingly and then moving into the home. We really get to see some of the many specifications clients seem to have when it comes to a home, like the fact that they want to be across the street from the school, or close to a major road.

‘Fixer Upper’ seeks to appeal to a wide range of viewers across all ages, which is why Chip and Joanna’s family life is also shown in the series along with their work. The inclusion of their children and the fact that they sometimes help the parents in the projects makes the series seem more homely. Overall, ‘Fixer Upper’ is definitely a show that you want to watch out for if you want some creative ideas of what to do in order to turn a house into your dream home.

Is Fixer Upper on Netflix?

Netflix has an amazing collection of movies and television shows that cater to a wide range of tastes. It is how the platform sets itself apart as a premier content provider. Home renovation shows are no exception and while ‘Fixer Upper’ is not on the platform, Netflix has ‘Tidying Up with Marie Kondo‘, which offers a wonderful look at how to carry out effective home makeovers.

Is Fixer Upper on Hulu?

Hulu has a smart collection of movies and television shows that the platform keeps making additions to, in order to cater to a diverse audience as well as to stay ahead of the competition. Hulu subscribers are in luck since ‘Fixer Upper’ happens to be on the platform. You can check it out here.

Is Fixer Upper on Amazon Prime?

Amazon Prime has an enviable collection of movies and television shows that can perhaps only be bested by Netflix. While Prime subscribers cannot watch ‘Fixer Upper’ as is, you can always purchase and stream the seasons. The prices of each season vary, but the episodes are priced at $2.99. Unless there is a particular episode you want to purchase and keep in your library, buying the entire season in one go is the cheaper option. Check it out here.

Where Can I Stream Fixer Upper Online?

No subscriptions to Hulu? No worries. You can still check out ‘Fixer Upper’. Just head to Fubo Tv in order to stream the show. Notably, you need to have a subscription to the platform beforehand in order to watch it.

Can I Stream Fixer Upper Online For Free?

Freeloaders are in luck in case you want to watch ‘Fixer Upper’. With so many home renovation shows out there, you might want to check out the quality of a show before making a financial commitment, which is totally understandable. Head over to Fubo Tv or Hulu and use their free trial periods to watch the series. Or, you can head over to HGTV’s official page and check out the show there.