Flack Season 3: Everything We Know 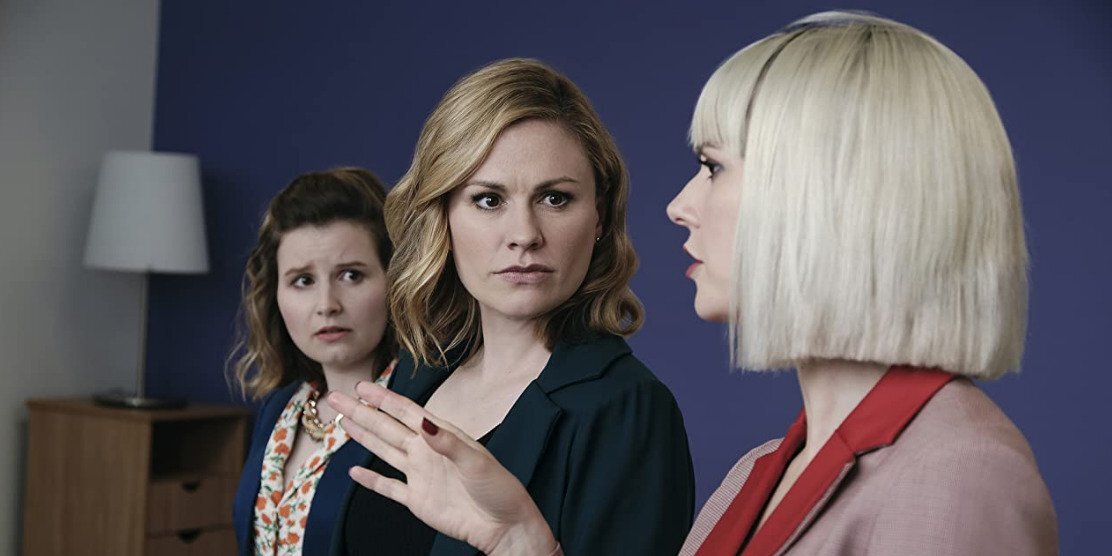 ‘Flack’ is a British series that first premiered on February 21, 2019, on W in the UK and Pop TV in the USA. The comedy-drama follows an American publicist called Robyn, who works for a PR company in London. Her job is to ensure that her celebrity clients have an impeccable public image. She specializes in cleaning up the PR mess-ups of her clients, although her own life is in shambles. The show is created by Oliver Lansley.

The series has mostly been received well by critics and viewers. Although the premise does not come across as something extraordinary, the show has received a lot of attention as it is led by the Oscar-winning actress Anna Paquin (Robyn). The critics have praised the storyline for being female-focused, and the show’s delightful cynicism makes it all the more charming. The series has also been compared to films and series such as ‘Devil Wears Prada,’ ‘Absolutely Fabulous,’ and ‘Mad Men.’ After breezing through the second season, it is understandable that you want to know if there will be a season 3. So, here is what we’ve got!

As for the third season, here is what we know. No official announcement has been made yet confirming the third iteration of the show. The series went through a rough patch after the parent company ViacomCBS made some cutbacks before the season 2 debut in the USA. It was finally picked up by Amazon Prime Video, which reportedly also gives the streamer a say in whether or not there will be a third season. It has been reported that the series creator Oliver Lansley has already planned out several seasons of the show.

However, an interview with Anna Paquin in January 2021 gave us a different idea. When asked if she hoped for a third season, she told Collider, “Honestly, there have been no conversations because things have changed and evolved, and frankly, the world in general is a little hard to make long-term plans in right now. So, there hadn’t been any conversations yet, but look at what’s happening around us. We’re selling our TV show, and we’re really proud of it. But there’s a lot of bigger stuff happening in the world, other than whether there’s a Season 3 of our show. I have not personally been really pushing in one direction or another. I love this character. I love these people. It’s always fun to get to do more, but everything has changed.” Therefore, it seems that the future of the show remains nebulous for now.

The second season was ordered five months after the first season finished its run, and Season 2 hit the screens almost eight months after the renewal announcement. Taking into consideration the delay in the US debut of season 2, the fans might have to wait a while for the potential third season. Therefore, if the show is greenlit for another installment by Fall 2021, we can expect ‘Flack’ season 3 to release sometime in Summer 2022.

Flack Season 3 Cast: Who can be in it?

If the series returns with its third round, we can expect most of the prominent cast members to return. This includes Anna Paquin (Robyn), Sophie Okonedo (Caroline), Genevieve Angelson (Ruth), Lydia Wilson (Eve), Rebecca Benson (Melody), and Andrew Leung (Craig). Others who might reprise their roles are Arinze Kene (Sam), Marc Warren (Tom), and Rufus Jones (Mark). In addition, the series features a host of guest stars, so we might see a new set of faces in the potential season 3.

Flack Season 3 Plot: What can it be About?

In the second season, Robyn tries to get her life on track after her addictions spiral out of control. While she tries to stay ahead at work, she also focuses on mending her relationship with her sister. Amidst all the chaos, Robyn learns that she is pregnant. Towards the end of the season, her team has to deal with a PR nightmare when one of their clients makes false accusations against a person of national standing. In the final episode of season 2, Robyn’s actions catch up to her because she failed to deal with her issues effectively.

If there is a third season, we will learn if Robyn’s life takes a turn for the better or worse. While she is an expert at cleaning up other people’s mess, will she be able to get a hold of her own life? Robyn has put many of her relationships on the line, and we will know if there is any forgiveness in the hearts of those she has hurt. As expected, the team at Mills Paulson will continue to provide their services to many more celebrities who need to fix up their public image.

Read More: Where is Flack Filmed?