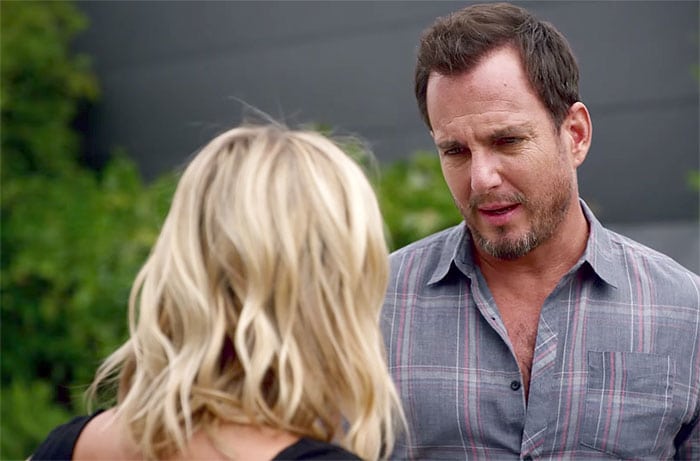 ‘Flaked’ is an American comedy web television series that airs on Netflix. Set in the neighborhood of Venice in Los Angeles, ‘Flaked’ follows the life of Chip, who appears to be a recovering alcoholic and is a self-proclaimed “guru” for the community’s Alcoholics Anonymous group. However, not everything is as it seems with Chip, and more often than not, we find Chip behaving in a way that is more like a man-child and less like a responsible adult trying to get his life back together.

Created by Will Arnett (who also stars in the show) and Mark Chappell, the show also boasts the presence of ‘Arrested Development’ creator Mitch Hurwitz as an executive producer. For those unaware, ‘Flaked’ is a relatively new show, and Season 1 of the show made its debut on March 11, 2016. Despite receiving poor reviews from television critics, Netflix, in July 2016, renewed the show for a six-episode Season 2, which made its way to viewers’ screens on June 2, 2017. Since then, fans of the show have been awaiting news on the show’s future and the possibility of Season 3. Here’s what we know about it thus far.

Flaked Cast: Who is in it?

If ‘Flaked’ does get renewed for Season 3, we expect the at least the four main cast members to make a comeback and reprise their roles.

Flaked Plot: What is it about?

The premise of ‘Flaked’ is rather simple, and the follows lifelong best friends Chip and Dennis who appear to be recovering alcoholics trying to get their lives back on track. The duo, who are not good at anything to be honest, are also part of the community’s Alcoholics Anonymous group, and live in Dennis’ mother’s house in the neighborhood of Venice in Los Angeles, where Chip works as a furniture maker and Dennis works as a sommelier.

Chip, interestingly, makes quite a reputation for himself in the Alcoholics Anonymous group, and is known for his ability to help people wean themselves off from alcohol. Yet, in reality, Chip is not the man the community mistakes him to be – rather than being the enlightened self-help guru he projects himself as, he is actually a nasty, nasty character who is selfish and brash, and reeks of toxic masculinity. Despite claiming to be a recovering, sombre alcoholic, Chip also drinks on the sly, and has a knack for picking up girls on whom Dennis has a crush.

As the show progresses, we find Chip leaving his current flame Kara to have a swipe at London, a waitress on whom Dennis has a crush. Understandably, this complicates his relationship with Dennis, and the show follows Chip navigating this complicated triangle, while also trying to stay ahead of the lies he peddles to others.

While the show tries to be funny, its humor really isn’t off the charts. Additionally, Chip’s broken man-child behavior does not particularly impress, and his nastiness can get a tad annoying. Further, the female characters in the show are hardly developed, and serve more as projections of Chip and Dennis’ desires, rather than be characters who enrich the show through their individuality. The result is that the show fails to take off, and even fans of Will Arnett might be disappointed with its flat plotline and poor execution.

Understandably, critics have not taken well to the show, and Season 1 of ‘Flaked’ was given an extremely poor score of 38% on Rotten Tomatoes. Viewers, however, have been more kind, and the show enjoys an overall rating of 7.2/10 on IMDb.

Flaked Season 3 Release Date: When is it coming?

‘Flaked’ season 2 premiered on Netflix on June 2, 2017.  Fans of the show have been awaiting news on Season 3 since quite long now. However, even though nearly two years have elapsed, there is still no official word on the future of ‘Flaked’. So, is ‘Flaked’ coming back for a Season 3?

Well, there a few things to consider. Firstly, the show has not been received well by television critics, with the critical response being, “Dull and pointless, Flaked makes it uncomfortably clear that the man-child persona is no longer compelling.” So, clearly, fans who want the show to return are a minority. Secondly, although Netflix renewed ‘Flaked’ for a second season, Season 2 consisted of only six episodes as opposed to eight in Season 1. This could be indicative of funding for the show being cut.

Thirdly, it has been nearly two years since Season 2 premiered, and there is still no official word on the future of ‘Flaked’. Considering the fact that Netflix had renewed the show for Season 2 mere months after Season 1’s release, this long period of silence does not seem to bode well for ‘Flaked’. Given these facts, it is best to not keep your hopes up about the show being renewed.

That being said, we can’t be sure what lies in store for ‘Flaked’, so we will have to await Netflix’s word. In the unlikely event of the show getting renewed, Flaked Season 3 might release sometime in October or November, 2019. We’ll update this section with Season 3’s release date if and when Netflix announces the same.

While we await news on Season 3 of ‘Flaked’, here is the trailer for Season 2 to give you a glimpse into the show and the story thus far.