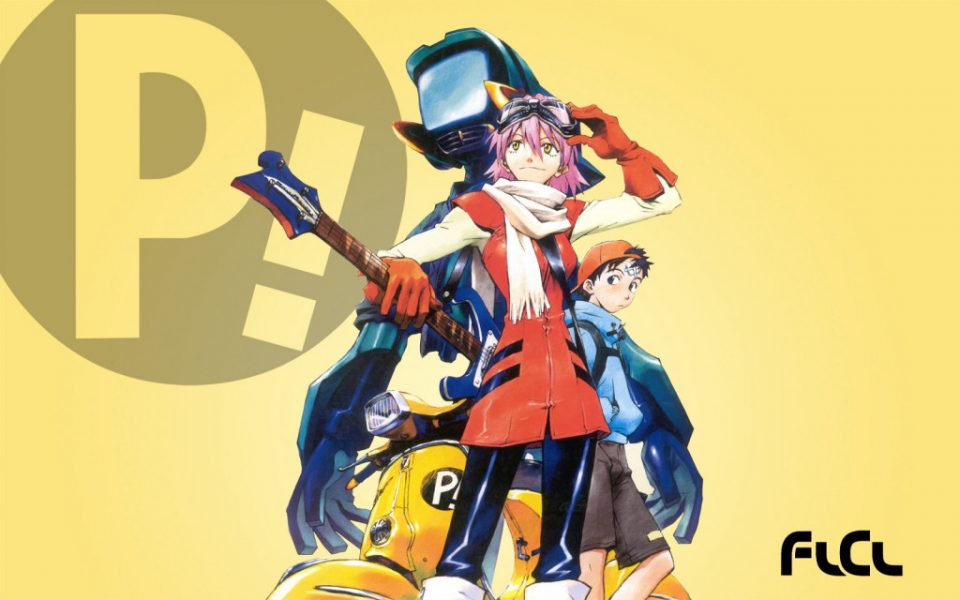 FLCL (also known as Furi Kuri in Japanese and Fooly Cooly in English) is a Japanese action comedy original video animation (OVA) anime series written by Yōji Enokido, directed by Kazuya Tsurumaki. The original six-episode series first made its way to viewers’ screens on April 26, 2000, and became an instant hit in Japan, and later, all around the world. In fact, it gathered such a cult following that a manga series by Hajime Ueda was made based on the show.

One and a half decades after the release of Season 1, two new seasons of the show, totalling 12 episodes, were announced. Season 2, titled FLCL Progressive, first made its way to viewers’ on June 2, 2018, and was followed by the release of Season 3, titled FLCL Alternative, on September 8, 2018. Now, fans of the show are demanding a fourth season, but it’s unlikely to materialize. Here’s everything we know about the prospects of Season 4.

FLCL Season 4 Release Date: When will it premiere?

FLCL Season 3, also known as FLCL Alternative, premiered on September 8, 2018. Alas, it has been confirmed that FLCL Alternative was the last season of the show, so there’s no prospect of a fourth season.

That being said, considering the odd history behind the show and the 18-year gap between the first season and the second and the third seasons, there’s a very slim chance that someone, years later, might decide to make a prequel which describes events prior to those shown in Seasons 1, 2, and 3. At this point, ‘FLCL Season 4’ release date of 2021 or 2022 seems like a distant dream. There’s very little chance of this happening, so don’t get your hopes up. That said, we’ll be keeping our eyes peeled for any news on new seasons of the show, and in the unlikely event that new seasons are ordered, we’ll update this section to reflect the same.

For those who like watching anime shows in English, all three seasons of FLCL have great English dubs, and if you’re looking to watch the show in English, you can find dubbed episodes on Funimation, Adult Swim, Crunchyroll, and Amazon Prime.

All three seasons of FLCL are set in the same universe, but follows different plots and time frames. While we have tried to describe the plots of each season in brief, it’s worth noting that the premise of the show and each season’s plot is extremely convoluted, and it’s best to watch the show if you want to truly understand what it’s about.

The first season of the show is a coming of age story that revolves around a 12-year-old boy called Naota Nandaba who lives with his grandfather and windowed father in a small town called Mabasa. When Naota’s elder brother Tasuku leaves town to go to America and play baseball, the youngster takes it upon himself to look after everything Tasuku left behind, including his ex-girlfriend. However, things don’t go as planned for Naota, and his life is upended with the arrival of a Vespa-riding, bass guitar-wielding weirdo who goes by the Haruko Haruhara.

During Naota’s first encounter with Haruko, the pink-haired psychopath runs him over in her Vespa, leaving tire marks on his back. Despite Naota’s protests, Haruko also weasels her way into becoming the live-in maid for Naota’s family, much to the disdain of the 12-year-old. However, things take a bizarre turn when Haruko reveals that a portal has been opened up allowing giant robots from a company called Medical Mechanica to invade Earth. In the show, it is also revealed that Haruko is an investigator for the Galactic Space Patrol Brotherhood who is after a powerful, space-manipulating being called Atomsk. At the end of the first season, however, Haruko manages to contain the threat posed by the robots of Medical Mechanica, and she leaves Earth to continue in her search for Atomsk.

In the second season of the show, Haruko returns to Mabase after failing to contain Atomsk, and this time, she poses as a middle-school teacher. Like her last visit wherein she used Naota for her schemes, a 14-year-old girl named Hidomi Hibajiri becomes her target this time. Using Hidomi’s classmate and love interest Ko Ide, Haruko manages to get close to her and carry out her schemes. This, of course, leads to another invasion by robots from Medical Mechanica, and at the end of the season, Haruko again leaves the Earth to resume hunting for Atomsk, leaving Mabase to rebuild.

The events of third season of the show take place in a different time frame, and this time, the unwitting target of Haruko’s schemes becomes a bored high school student called Kana Koumoto. Haruko crashes into Kana’s life in a rather explosive manner, and serves as a sort of a mentor to Kana in her transition from teenage to adulthood, all while fighting off yet another invasion by Medical Mechanica robots.

Over the three seasons, FLCL has had dozens of characters, and below, we’ve given you brief backgrounds of some main characters in the show.

Haruko Haruhara: Central to all three seasons, Haruko is an investigator with the Galactic Space Patrol Brotherhood, and is distinguishable for her pink hair, her yellow Piaggio Vespa scooter, and the guitar she carries. The guitar, of course, is not for making music, but is Haruko’s weapon, being able to fire bullets, act as a rocket launcher, fly, open portals, and do much more. In the show, it is revealed that she is on the hunt for a space-manipulating being called Atomsk, but her search for Atomsk almost always ends with Medical Machina invading Earth with robots. Haruko is indeed an intriguing character, and it is she who makes FLCL such a special watch.

Naota Nandaba: A major character in the first season of FLCL, Naota is a 12-year-old whose life is completely upended by the arrival of Haruko. In the show, Haruko tells Naota that he has the “right kind of head” for portals to be opened. He is central to much of what happens in the first season of ‘FLCL’, and is the vessel through which Haruko carries out her schemes.

Hidomi Hibajiri: A major character in the first season of FLCL, Hidomi is a nihilistic middle school student who often dreams of a destroyed world and her fusion with a robot that emerges out of her head. She is almost always seen with a pair of cat headphones on her head, and later in the show, it is revealed that these headphones are in fact an undercover device by Medical Mechanica to protect her from Haruko’s influence.

Kana Koumoto: The protagonist of the third season of FLCL, Kana is a bored high school student whose life is completely changed by the arrival of Hidomi and yet another invasion of Earth by the Medical Mechanica robots. Despite her strange relationship with Haruko, Kana often looks up to Haruko as a sort of mentor, and Haruko, meanwhile, tries to help with her transition from teenage to adulthood.