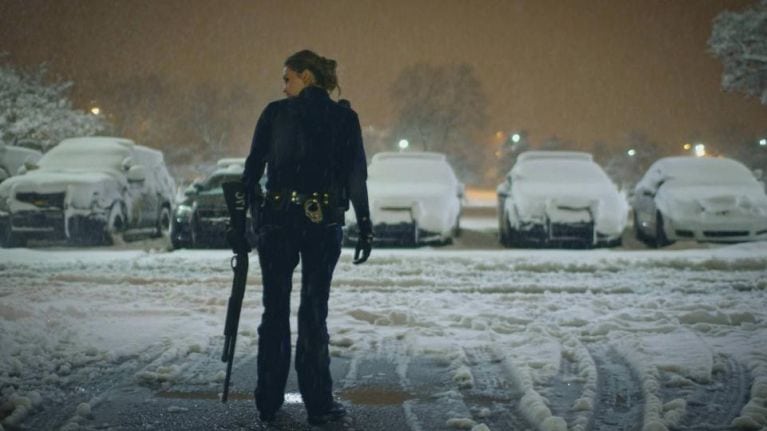 ‘Flint Town’ is an American documentary television series that airs on Netflix and takes viewers to Flint, Michigan, where it explores the problems like rising gun violence and the state of policing in America.

Season 1 of the show, consisting of eight episodes, premiered on Netflix on March 2, 2018, and received outstanding reviews from television critics and viewers alike. Since then, fans and critics have been waiting for a second season, which is yet to be confirmed. Here’s everything we know about it thus far.

Flint Town Cast: Who is in it?

Apart from police personnel, the show also features others like former Democratic Presidential Candidates Hillary Clinton and Bernie Sanders, current US President Donald Trump, Flint Mayor Karen Weaver, and ABC12 news reporter Jessica Dupnack, among others. A second season could see many other real-life personalities being featured. We can’t say for now without knowing what Season 2 will cover.

Flint Town Plot: What is it about?

The first season of the show was set in Flint, Michigan, and the events portrayed took place in the aftermath of the Flint water crisis which began in 2014, after the drinking water source for the city of Flint was changed to the Flint River from its earlier sources, Lake Huron and the Detroit River. The crisis, which saw lead seep into drinking water owing to insufficient water treatment, exposed as many as 100,000 residents to elevated levels of lead.

In this backdrop, the show gives its audience a view into Flint, from the point of view of the city’s law enforcement officials. For those unaware, Flint has the distinction of being one of the most violent cities in the US, which unfortunately saw the strength of its police force decrease from 300 to 98 for 100,000 people. In the backdrop of the crisis, the officials struggle to deal with crime in the city, especially with the residents of the city harbouring suspicions about the government. With crime soaring, things get further complicated for the officials when a Presidential Debate takes place in the city.

By giving its audience a view of Flint though this lens, the show gives viewers an insight into the state of policing in America and documents the struggles of Flint Police Department as they put their lives on the line to protect the community while simultaneously struggling to gain the trust of the community.

A second season is yet to be greenlit by Netflix, but the creators already have something in mind for season two. Co-director Zackary Canepari has already signalled his willingness to go for another season to explore in-depth more systems that flog day-to-day life in Flint. Canepari said, “Our interest [as filmmakers] is in systems. We’re interested in how systems work in a community like Flint.” He believes that if ‘Flint Town’ returns, it would cover an institution other than police, offering up “local politics, education systems, [and] journalism,” as possible examples. The creators have likened the thematic undertones of the series with that of ‘The Wire’, which is a crime-drama – one of the most prominent and visceral takes on the drug culture in Baltimore.

As far as reception is concerned, Season 1 of ‘Flint Town’ boasts a perfect score of 100% on Rotten Tomatoes, with the critics consensus reading, “‘Flint Town’ dives deep into an essential subject matter with admirable objectivity while presenting candid — and hard-hitting — personal testimonials.” On IMDb, the show has a solid rating of 8/10 on IMDb, based on nearly 2,500 votes.

Flint Town Season 2 Release Date: When is it coming out?

Season 1 of the show premiered on Netflix on March 2, 2018. As far as the next season goes, the decision to renew Flint Town is still under contemplation. While the creators of the show are already digging up more conclusive evidence to demonstrate the state machinery’s failure, people at Netflix are a bit apprehensive pursuing a second season. The ratings for the first season weren’t as good as they expected and hence, Netflix is on the fence for this one. Even if Netflix announces a new season, it’ll take some time, since documentaries take relatively long to make. Our best guess is that if the show does get renewed, Flint Town season 2 can release sometime in 2020. We will update this section as soon as we hear more.

While we wait for Netflix to make an announcement on the future of the show, here is the trailer for Season 1 to give you a glimpse into how the documentary explores the state of policing in the city of Flint.  If you haven’t seen the show yet head over to Netflix to catch all the episodes of the first season