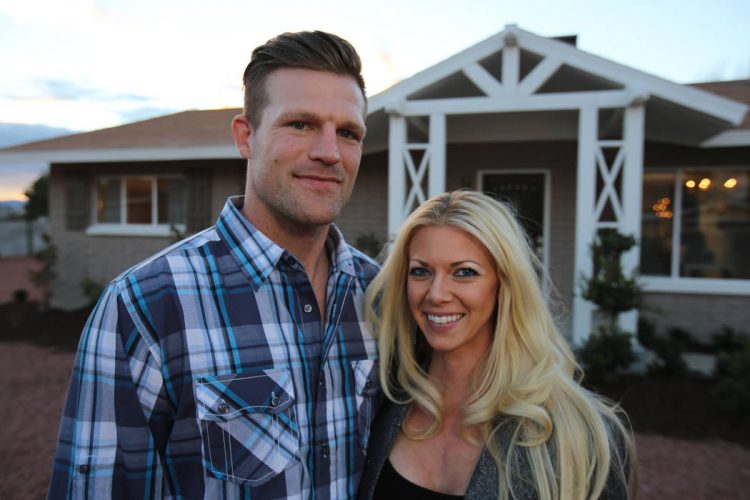 ‘Flip or Flop Vegas’ is an American reality television show that airs on HGTV. The series, which is a spin-off of the original ‘Flip or Flop’ show on the same channel, first aired on April 6, 2017. The series is hosted by a real estate agent Aubrey Marunde and her husband, who is also a contractor and ex-MMA fighter, Bristol.

Alison Page, the general manager of U.S. programming and development for HGTV spoke about the decision behind creating a franchise, saying, “Because every market is unique, there was an opportunity to highlight what works in various regions by featuring successful people in different locations who had mastered the art of flipping in their town”.

Flip or Flop Vegas Cast: Who is in it?

‘Flip or Flop Vegas’ is a show whose format requires only a host to take viewers through the process of flipping houses in Las Vegas, Nevada. As far as the hosts of the show are concerned, the previous seasons were all hosted by Aubrey Marunde and her husband Bristol. As we mentioned, Aubrey is a real estate agent, while Bristol is a former mixed martial art fighter-turned contractor. Both husband and wife have had years of experience in flipping houses and have some expertise as designers as well.

Flip or Flop Vegas Plot: What is it about?

‘Flip or Flop Vegas’ works on a very simple premise. The 30-minute episodes follow the hosts Aubrey and Bristol from the start to finish, taking note of their process of flipping houses. The couple, who have a lot of experience when it comes to houses, buy distressed properties and then go on to renovate them before trying to sell them at a hefty profit.

For those unaware, the process of flipping houses is when a real estate investor buys houses with the intention of selling them for a profit. To be considered a flip, the house should be quickly resold. Broadly, there are two different ways in which a house can be flipped. Real estate investors can buy the properties at lower values and then make change the designs or make repairs and updates. Naturally, this drives up the prices of these properties, which they can then sell and make a tidy profit. Alternately, house flipping can also be done by buying a property in a market where the home values happen to be rapidly rising. In such cases, there is no need to spend any money on repairs and updates. Investors can merely hold on to the houses for some time, probably a few months, before selling off the properties at a much higher value.

‘Flip or Flop Vegas’ focuses mostly on the first method of flipping houses. What really draws viewers to this show is how Aubrey takes the shabby and dilapidated properties of Sin City and make them look like dazzling showstoppers. The savvy real estate agent does this through her well thought out design and what is even better is that Bristol and Aubrey make a perfect team. While Aubrey is incorporating the jazzy designs that will catch the customers’ eyes, Bristol, the contractor, executes the major overhauls in terms of designs, repairs, and updates. This combination of skills makes Aubrey and Bristol the perfect team and the couple have a great working relationship that stems from mutual respect of each other’s talents. Perhaps being parents to two boys have also helped Aubrey and Bristol to function better, in coordination, as a team.

Bristol spoke of this perfect and profitable partnership, saying, “Aubrey and I, we are very opposite in our personalities, and we understand that, so we bring our skill set to the table. We both provide our gift to the business. Aubrey does her design, her real estate, and I do my construction, and then we come together. It’s about the job… We know we’re gifted in certain areas, and we allow ourselves to be us”. Aubrey adds to this, “We have extremely defined roles in our business, and we try not to step over those boundaries. It’s been almost 10 years in the making, so we’re really good at that”.

Hopefully, in the upcoming season, the show will continue in a similar strain, where Aubrey and Bristol flip houses expertly as a family and continue keeping the process very hands-on, where they are involved in every step of the way. Naturally, real estate development in Vegas is quite a gamble, but the smart decisions the couple takes help them in getting the highest returns on their renovations. That being said, flipping houses is not easy and Bristol hopes that their show, ‘Flip or Flop Vegas’ can entertain and teach viewers. He said, “I want them to enjoy our show, and I want [them to have] a fun experience, but I also want them to learn something”.

Flip or Flop Vegas Season 4 Release Date: When will it premiere?

‘Flip or Flop Vegas’ Season 3 aired on March 21, 2019. While there has been no official confirmation about when Season 4 will air, we can make an educated guess by observing the pattern that emerges from the previous seasons. Firstly, a new season has come out every year since the show aired in 2017, so one might expect Season 4 to air in 2020 since Season 3 has already aired this year, that is 2019. As far as narrowing the release date goes, Season 4 is most likely to air in March since Season 2 and Season 3 had had similar release dates.

Here is a clip from the Season 2 of the show to give you a better idea of what it is about.