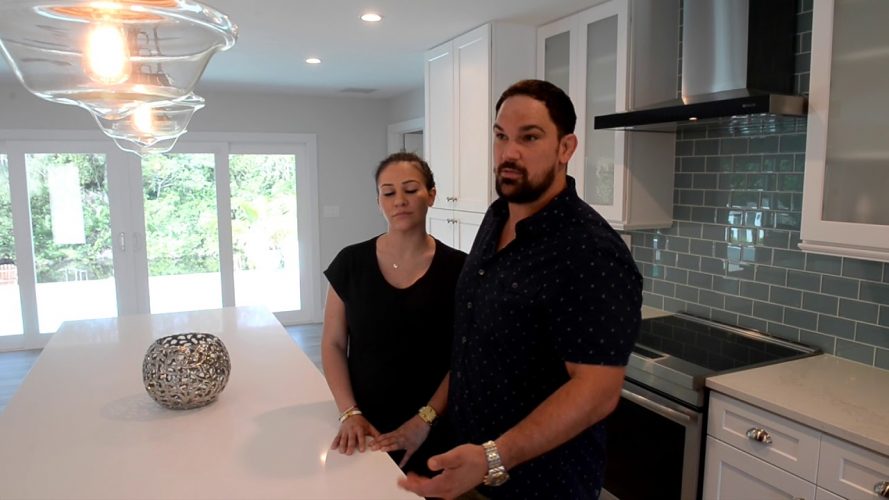 Flip Wars is a new A&E TV program that follows various professionals who depend on the network of real estate agents for a livelihood. In 2018, A&E released a new show that takes house ghost flipping to the next level. This series is not like any other flip series. It features a new concept where the investors use their money on the properties they have never seen before and have no idea about. It is a risky investment where he doesn’t know of the issues a house might have like the condition of the house, noisy locations, landscaping jungle, dates finishes and awkward layouts that can turn into a mess.

Starring Gene Schroeder, Ivana Shoultz, John Gettle, Lana Tufo, and Angelo D’Alessandro, Flip Wars showcase houses located in Florida where the investors renovate the properties. As the home gets restored, the professionals sell them for a hefty profit. The series also finds professional house flippers as they obtain isolated properties and convert them into a beautiful piece of work. The first season was released on 11th April 2018 on A&E tv channel.

Flip Wars Season 2 Cast: Who is in it?

Gene Schroeder, Ivana Shoultz, John Gettle, Lana Tufo, and Angelo D’Alessandro are the flipping experts of this series. They will be expected to return in the new season. Stay tuned for more updates.

Flip Wars Season 2 Plot: What is it about?

In the first season, Angelo and Gene are given a risky job to renovate a house. Other flippers have strictly declined the offer due to its noisy location, dated finishes, and strange layouts. Even the most popular flippers find this renovation very risky. In the next episode, Lana and John realize their new house has dirty bathrooms, a messy living room, and an outdated kitchen. Ivana and David agree to renovate a house in Delray Beach, Fla. Later on, they realize that the roofs are leaky; the property has outdated designs, as well as faulty floors.

On the otherhand, Angel and Gene purchase an unseen sight. Later on, they learn that their blind buy has been a waste of money because it has many things to repair. Plenty of stuff needs to be fixed such as floorings, walls, ceiling and much more. They have to redesign the whole house before putting it into the market for sale. This house is going to go high on their budget because they have to renovate the whole house. In the next episode, Ivana and David get a chance to renovate a waterfront flipper that is going to cost them more than thousands of dollars in the renovation. On the other hand, Angelo and Gene buy a house from an auction. There are some plus points to this house like it has a swimming pool in the backyard and possesses great location. But there are also some cons too like a leaky roof, a couple of feral cats, and many cockroaches.

Flip Wars Season 2 Release Date: When will it premiere?

Flip wars season 2 is yet to be scheduled for a new season. It may be too soon to expect an air date from A&E TV. In any case, if another season in on the cards for the series, we can expect a return in mid-2019. Keep checking this section to stay up to date on the upcoming season.

Trailer for Flip wars seasons 2 has not been released because the series is yet to be scheduled. Keep coming back to the site to find out more about this series. You can also watch the promo video for Flip Wars below.