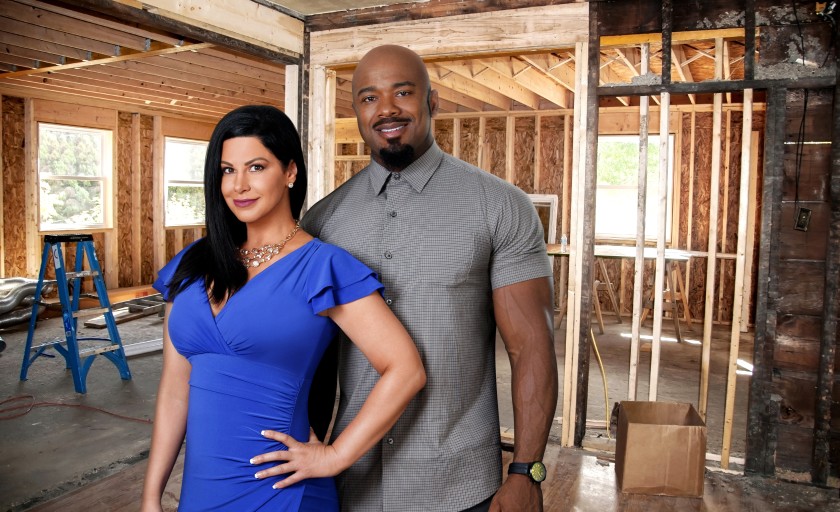 Most of the times, break-ups lead to heartbreaks. But at times, rather than leaving a gaping hole in your heart, a proper, friendly patch-up can definitely seal the ‘holes’ of houses. Puzzled? Well, ex-partners Nina Klemm and Michael LeSure have turned their split into a profitable business venture by embarking in the already-packed market of flipping homes. Set in Carmel, Indiana, ‘Flipping Exes’ is reality series on Bravo TV that follows the duo as they buy, renovate and sell high-end properties.

Flipping Exes Cast: Who’s in it?

Nina Klemm, a realtor, with elite clients such as professional athletes and CEOs, has expert know-how about purchasing and selling million-dollar properties. She partners with her ex, Michael, in remodelling run-down houses and capitalizing on the profits of freshly-designed homes in “Beverly Hills of the Midwest.” She dreams of owning a sprawling empire one day and imbibing uniform work ethics and goals among all her employees.

Michael LeSure, on the other hand, is a finance professional, who is extremely savvy with numbers and budgets. However, he needs his own time to put his skills to good use. Hence, he joins Nina in her home improvement projects, helping her scout for houses that have the potential for a good investment. He also oversees all of the construction, manages the remodels, and works out the right formula to generate huge profits. One of his other duties is to keep a check on Nina’s expensive tastes and guide her through sticking to her plan.

Both Nina and Michael are expected to return as hosts for season 2, if the show is renewed.

Flipping Exes Plot: What is it about?

‘Flipping Exes’ joins the already established slate of unscripted home flipping shows that are ruling the entertainment world. For instance, there’s Scott Disick’s ‘Flip it like Disick‘, which airs on E!. Of course, we cannot forget the popular HGTV show, that follows exes Tarek El Moussa and Christina Anstead on ‘Flip or Flop‘. Again, there’s yet another pair of exes, Page Turner and DeRon Jenkins, who headline HGTV’s ‘Flip or Flop Nashville‘. So, is exes-turned-business-partners the new recipe for success? The trend definitely seems to hint at that!

Following this familiar trope is ‘Flipping Exes’, that focuses on former lovers and current home-flipping duo, Nina Klemm and Michael LeSure. The couple were in a relationship for more than a year and then split due to personal reasons. However, they decided to look at the brighter side and joined hands to put their combined expertise to good use. On ‘Flipping Exes’, the pair remodels luxe properties in upscale Carmel, Indiana, also nicknamed as “Beverly Hills of the Midwest.”

Nina believes that Carmel is a “real estate gold mine”. And according to her, “No one flips rundown properties faster than Michael and I.” She further adds that it might seem insane to viewers that she is working with Michael. As per her, however, although they have split, they do work well together.

The properties featured across the episodes are high-end. This means that they also involve higher stakes. However, after the golden touch of Michael and Nina, the final results are indeed awe-inspiring. For instance, one of their assignments involves a sprawling historical house. To add to the complexity, this is a first-of-its-kind project that is handled by the experts. But a bit of a challenge arises when they discover that any major renovation decision has to be finalized by the Historical Society. It is now up to the duo on how they tackle it. On the other hand, the pair makes a major leap on the real estate market after Nina is able to sell a multimillion-dollar home for over list price in record time.

Amidst the transformations, risks, decisions, and challenges, ‘Flipping Exes’ also comes with its own share of drama. After all, although the exes are friendly, they still carry burdens from their past and often engage in arguments. Yes, there are tensions — and that’s expected. But what is uplifting is that they can make everything work with their shared competitive spirit.

Flipping Exes Season 2 Release Date: When will it premiere?

‘Flipping Exes’ season 1 premiered on August 6, 2019 on Bravo TV. Coupled with elaborate and spectacular before-and-after reveals, the show definitely proved to be a must-watch for dedicated fans of home improvement shows. As far as the next season goes, we don’t have an official announcement yet. Though considering the vast audience for home improvement shows, we believe the show will come back next year. ‘Flipping Exes’ season 2 can release sometime in August, 2020. We will update this section as soon as we hear more.

Here is the official first look of ‘Flipping Exes’. You can also head to Bravo TV if you wish to check out latest clips from the show.