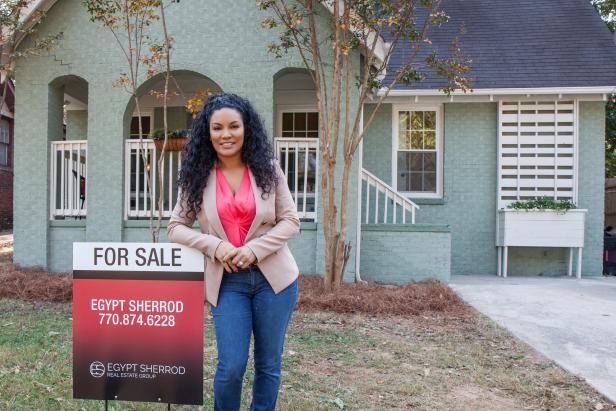 ‘Flipping Virgins’ is a reality television series based on real estate, that first premiered on September 11, 2015, on HGTV. The show is directed by Jay Baker, Chris Ailes, Jeff Fisher, and Anita Ayres. It follows first-time flippers in the United States and they are guided by Egypt Sherrod to make the best of their deals within a given deadline of 60 days.

Flipping is basically a term in real estate that involves purchasing a property and quickly selling it at a higher price. The flippers in the show are all beginners. They buy a potential property and invest some more money in renovating it. This is where Egypt comes into the picture. She guides them in the best possible way, renovates the house in the most attractive way and helps them sell it in the most profitable way.

Flipping is not a process meant for everyone. As the walls come down and money starts flowing out of the pocket on various expenses, the flippers wonder if they have made the right choice or whether they have taken a disastrous decision. ‘Flipping Virgins’ is perfectly poised to help flippers in this regard, especially if you are just starting out.

The show has already enjoyed a three-season run leaving fans wondering whether there will be a ‘Flipping Virgins’ Season 4. We delve into that after sharing a look at the show’s details.

Flipping Virgins Cast: Who’s in it?

Flipping Virgins Plot: What is it about?

The show premieres with a couple investing their entire life’s saving on their first flipping project. The stakes are high but Egypt is all set to help them make it. Another couple hits a roadblock when even Egypt is worried that the flipping is going to make no profit at the end. The season ends with two sisters, who have no experience at property dealing, attempting their first flip with an expensive property in Atlanta.

In ‘Flipping Virgins’ Season 3, Egypt meets Trina and Eric, two lovely first-time flippers. They have spent their entire savings on their new venture. While searching for a potential property it gets a little difficult to impress Trina, because she is not ready to see anything beyond the ugliness and problems of the asset.

In the following episodes, Joe and Diana transform a dingy duplex into a beautiful house for a single-family. Sarah and her mother have made a risky investment in an Atlanta property and Egypt is seen trying her best to get the most profitable outcome from the investment.

Rania and Kasim meet with baby luck. As per Egypt’s suggestion, they buy a home with existing offers but the delay in the permit stalls the project. In the meantime, the market upswings and the couple witnesses a heavy profit. In one of the episodes, Rosalind and Latoya hit a hard spot in terms of budget but Egypt is so confident that she is willing to put her own money at stake. Charnice and Adrian want to become full-time flippers and who’s better than Egypt to mentor them in their first project? By the end of the season, there are many more risky flipping and even more profits in hand.

Flipping Virgins Season 4 Release Date: When will it premiere?

‘Flipping Virgins’ Season 3 premiered on April 7, 2018, on HGTV. The season had a total of 13 episodes and the last episode released on April 14, 2018. The show is a perfect real estate based series. Unlike other similar shows, ‘Flipping Virgins’ does not just focus on a single subject of real estate like selling, renovating or purchasing. It follows all aspects of it. The season follows the purchase of a potential asset, renovating it amazingly, then finding the right buyers and selling at a great profit.

The audience has loved the show in the past as they have loved Egypt Sherrod in the past. Her tips and guidance are very well received by the flipping virgins as well as flippers in the audience. Needless to mention, the profits are one of the major highlights of the show.

While there has been no official announcement regarding the show’s renewal yet but, we can expect ‘Flipping Virgins’ Season 4 to release sometime around May 2020.

You can catch the clipping from one of the previous seasons below, to get an idea of the show.