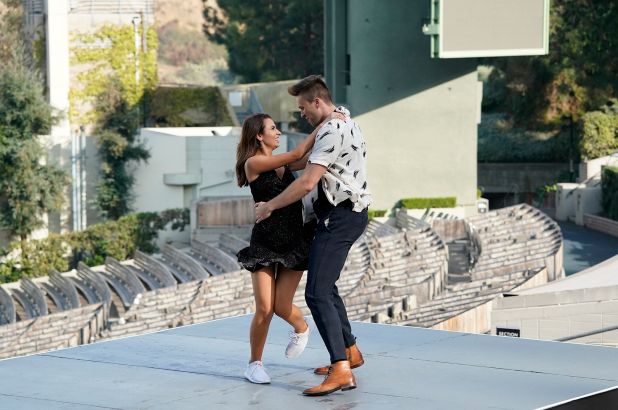 Love at first dance — seems weird right? Who would actually seek romance after a session of strenuous lifts, calculated moves, choreographed steps, and sweaty bods? But Flirty Dancing brings in some amazing results as couples meet for the first time through a dance sequence and then decide if their body language is enough to synchronize their souls.

Following its premiere on December 29, 2019, host Jenna Dewan introduces us to yet another duo of romantic hopefuls in the fourth week. Will they fall in love? Well, only time will tell! Yes, the show is all set to release its fourth episode. If you are done with episode 3, here’s all you need to know about ‘Flirty Dancing’ season 1 episode 4.

Flirty Dancing Season 1 Episode 4 Release Date: When Will It Premiere?

If you don’t have cable, you can stream the aired episodes on Fox through any of your devices — your computer, phone, Roku, Fire TV, Apple TV — via any of the streaming subscription services, including FuboTV, AT&T TV Now, Sling TV, and Hulu With Live TV.

In the third episode of ‘Flirty Dancing’, we meet Anna, a 24-year-old female who works as a freelance writer and part-time nanny. She did have a partner in the past but she is highly insecure because of her height, which is six-foot-two. Well, Jenna first pairs her up with Max, a 28-year-old substitute teacher, who is seeking a tall lady as his life partner. The duo performs to a dance sequence choreographed by Val Chmerkovskiy.

The performance requires Max and Anna to first lock eyes from opposite sides of a building after which they walk down from stairwells and meet in the middle of a long hallway.

Next up is Jimmy, and his dance with Anna is choreographed by James Arthur and Anne-Marie. The act, which also includes an opening scene of the two holding hands, is definitely more romantic. After the performance is over, Anna says that the experience was “magical”. And no doubt, she chooses Jimmy for her second date.

The second single for the day is the 68-year-old Ted, who is now on the lookout for love after his wife passed away four years back. He is paired with the 56-year-old dentist, Kari, who is a recent divorcee. Sharna Burgess choreographs the dance and as Ted first sets his eyes on Kari, he is completely bowled over. During the interview, he expresses that Kari “took his breath away”.

We then meet the 57-year-old consultant Judy who lost her hubby 15 years back. She takes dance lessons as therapy. She meets Ted for the first time and the two perform to a sequence while constantly locking eyes throughout the session. Well, as luck could have it, Ted picks Kari for his second date.