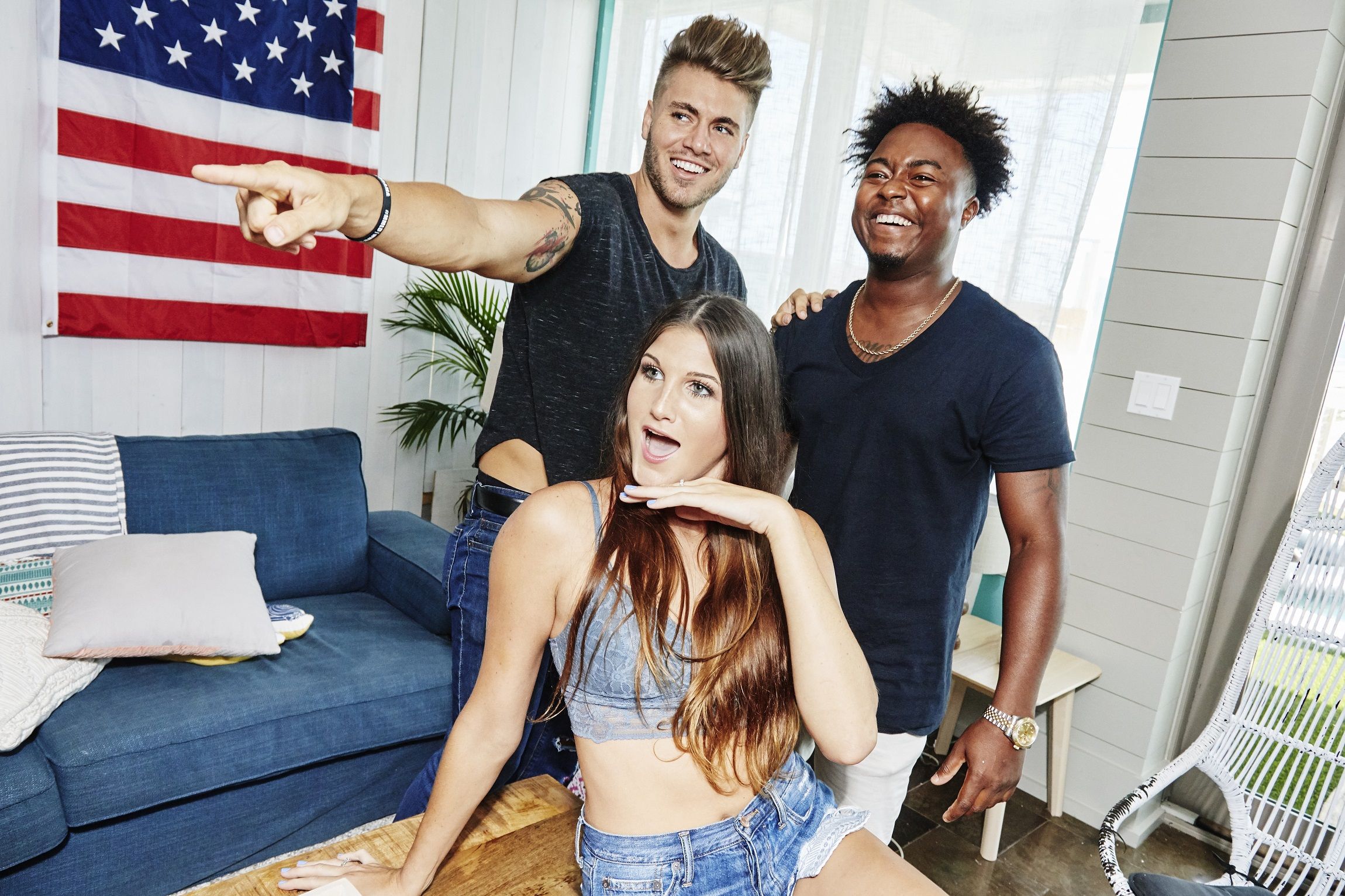 You must have heard about the popular MTV show that transformed into a cultural phenomenon during its run from the years 2009 to 2012. Titled ‘Jersey Shore’, this reality television series revolves around the lives of eight housemates who spend their summer vacations together at luxury abodes in locales such as Seaside Heights, New Jersey; South Beach, Florida; and Florence, Italy. Branded by journalists as one of the most notable shows during that time, it soon developed into an international franchise and spawned multiple spin-offs, with ‘Snooki & JWoww‘ and ‘Floribama Shore’ being the top-rated titles from the channel.

‘Floribama Shore’, a more beachy version of ‘Jersey Shore’, debuted on MTV on November 27, 2017. It is centered around eight 20-something youngsters who live in the same house, located in Florida Panhandle. As they spend their days together, we witness their moments of innumerable parties, fun, work, and relationships.

Executive produced by SallyAnn Salsano and Drew Tappon, season 2 of the series premiered on the platform on June 19, 2018, and concluded on January 10, 2019. If you didn’t know already, Salsano was also behind the creation of other famed titles such as ‘Jersey Shore: Family Vacation‘, and ‘A Shot at Love With Tila Tequila’, to name a few. The creators later announced that they had commissioned the show for a third installment. Here’s everything we know about Floribama Shore season 3.

Floribama Shore Cast: Who is in it?

‘Floribama Shore’ primarily revolves around eight young adults who aim to leave their worries behind and spend some carefree, fun-packed times along the spectacular beaches of Florida. Handsome Jeremiah Buoni, with his clean cuts and a confident personality, is definitely the guy that girls would die for. However, the women in the house create quite a scene when he decides to bring in a new female. Codi Butts, who has a bartending job in South Carolina, is the problem solver in the group. He is the sole thread that binds these members together.

Kortni Gilson is a native of Panama City Beach and guides her roomies through the craziest and happening spots in her city. However, she is kind of a spoiled brat, who has not faced any challenges in life, never been away from home, always had people to take care of her, and never worked to fend for herself.

Aimee Hall is a resident of Perdido, Alabama, and holds a history of a troubled relationship with a guy for almost a decade. But she finally decided to call it quits when he got another girl pregnant. Known as the Princess Goddess Mermaid, she is wise and does not tend to mince words. Kirk Medas hails from Atlanta, Georgia, and is forever accompanied with a wide smile. He is fiercely protective of his family and defends his housemates at all costs. He has a close bond with Gus because of their similar pasts.

Nilsa Prowant is also from Panama City and loves to let loose and party hard. She has gone through both a marriage and a divorce. Currently, she is in a complicated “love square” with three of her roomies. Candace Rice, forever ready with her make-up and Insta-ready dresses, has been a witness of gun violence in her hometown, Memphis. Rounding up the cast is Gus Smyrnios, again from Florida, who is charming, polite, and respects everyone. He is currently in search of the woman of his dreams and lifetime partner. Smyrnios has also featured on MTV’s ‘The Challenge: War of the Worlds’.

What is Floribama Shore About?

‘Floribama Shore’ is all about these eight youngsters who land on the most happening beach on the Gulf Coast, Panama City Beach, with only one intention — party hard, dance harder! They wish to put behind the issues of the real world for a while and just let loose! Packed with drinking, party scenes, relationship turmoils, sexuality, and drama, it does justice to the already-popular ‘Shore’ franchise. Yes, hook-ups, mayhem, and plenty of sunshine — these are the staples of the series. We get to witness the lifestyle of Southerners, a few gender stereotypes, and a lot of local Panama City Beach haunts. Filled with colors, fun, and beaches, this is an entertaining watch.

Throughout the episodes, we see how these housemates bond with each other, develop friendships with locals, get involved in bar fights, and stick together during problems. Amidst all the tussle, they do manage to sort out their differences almost every time. As each season nears its end, we see the gang reminiscing about their summer while reflecting on the trials and tribulations, laughs, and lessons.

Season 3 is expected to follow a similar format. However, the location is a bit different this time. The gang will now be filmed in another house in St. Petersburg, Florida.

Floribama Shore Season 3 Release Date: When will it premiere?

Now as far as the next season goes, here is some good news for devoted fans of the show: MTV has already confirmed that that ‘Floribama Shore’ will be back for a third season.

While we wait for ‘Floribama Shore’ Season 3, check out the season 1 trailer to refresh your memories. If you haven’t seen the show yet, head over to MTV to catch all the episodes of the previous seasons: