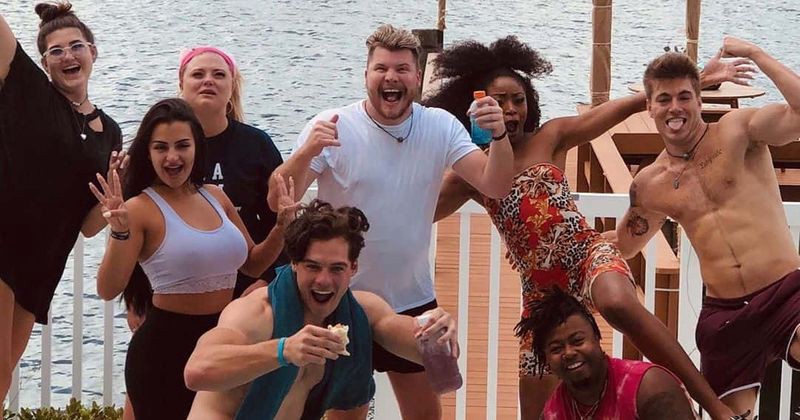 Living on the beach sounds fun, and ‘Floribama Shore‘ is the best example of that. The thrill of the exotic location meets the intensity of reality television as we see the participants going about their daily activities. Obviously, the cameras are trained on them at all times so we are privy to the dramatic moments, which spice up the show.

‘Floribama Shore’ is a worthy successor to ‘Jersey Shore‘, and is set in the Florida Panhandle. The Panhandle stretches all the way to Alabama, but the participants can be seen at the Panama City Beach, which is on the Gulf Coast. Season 3 is well underway and has brought us several nailbiting moments of drama.

Primarily, Gus and Jeremiah’s arguments have given us the dramatic fodder we need. The two have been at loggerheads for some time, and the recent developments in the show intend to quash this. Thus, Codi has extended an invitation to everyone to spend time with his family. However, with the alcohol flowing freely, things might get worse before they get better.

This is what the most recent episode explores. You might be wanting to know what goes down, and we are here to tell you that. However, first, let us walk you through where and when to watch the upcoming episode.

The upcoming episode could see Nilsa getting arrested, after flashing a crowd of onlookers from a balcony. However, it has been suggested that her actions after the flashing, is what eventually leads to the arrest. Jeremiah and Mattie take their relationship to the next level, while Kortni returns to the house.

After being away for some time, Kortni is bound to be partying, drinking, and trying to have much fun as possible. It remains to be seen if she becomes the new center of attention, drawing some focus away from Gus and Jeremiah’s clash. Check out the promo below.

Kortni is BACK and better than ever! Next week on #MTVFloribamaShore pic.twitter.com/oDFF70Lvm4

Episode 11, titled “Return of the Kookapoo”, is one of those instances on ‘Floribama Shore’ when we are offered pure bedlam. With the alcohol flowing freely, this is not one of those family gatherings where everyone sits around, having awkward conversations. Instead, it becomes an instance where we get to know about the participants, their families, and eventually what makes them tick.

The episode’s significance increases more because we see Mattie make the decision whether she will stay on in the house. However, the episode is not as much about Mattie’s trip, as it is about the participants coming out of their shell. As everyone gathers in Westminster, with the girls driving in to meet up with the boys, all eyes are on Gus and Jeremiah, who have had their storm brewing for some time.

However, this episode ultimately becomes a calm between storms, despite the madness that comes with alcohol. Now with Mattie deciding to stay, and perhaps kicking things up a notch with Jeremiah, there is a good chance that calmer heads will prevail. We would not put too much faith in it, though, since the last few episodes of the seasons always tend to heat up.

Undoubtedly, the upcoming episodes of Season 3 will go a similar way, as well.