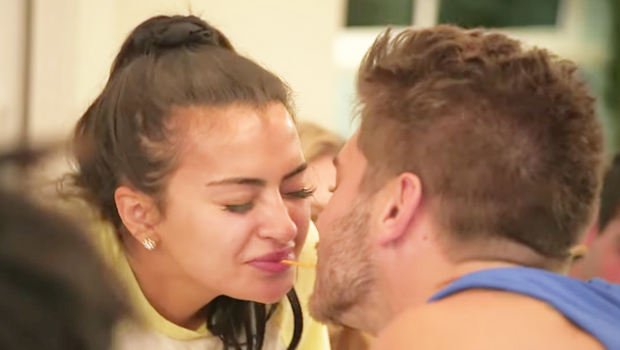 The fun of beach living meets the unpredictability of reality television in ‘Floribama Shore‘, the successor of ‘Jersey Shore‘, which became immensely popular. The dramatic reality television is centered around a group of individuals who live by the beach, as we get to see them drinking, eating, partying, and trying to navigate through everyday life. The cameras are on them at all times so the viewers are privy to any drama taking place.

Now, the show itself is set in the Floribama Panhandle, along the beach that stretches all the way to Alabama. The participants are required to spend a summer at Panama City Beach on the Gulf Coast. The show is well into the third season, as participants have gotten used to the seaside living. That being said, some drama is afoot, especially when it comes to the ongoing animosity between Gus and Jeremiah. However, the latest episode shows everyone getting together to support a common cause, so the worst might be behind them.

Naturally, you must be wanting to know about what went down in Episode 8 and we are here to tell you that. However, first, let us walk you through when and where to watch the upcoming episode of ‘Floribama Shore’.

Floribama Shore Season 3 Episode 9 Release Date: When Will It Premiere?

‘Floribama Shore’ Season 3 Episode 9 is slated to air on Thursday, January 2, 2020, at 8 p.m. ET/PT. As expected, the tiff between Gus and Jeremiah will come up again in the upcoming episode, while early looks have shown Candace taking a fall down some stairs. While this could turn into some serious injuries, there is a good chance that it will be used for laughs down the road.

‘Floribama Shore’ airs on MTV. So, you can watch all the episodes if you have a cable connection. If you don’t, you can watch it on MTV’s streaming site here.

You can also watch the latest episode easily on your phone, computer, or tablet, using FuboTV, Philo TV, DirecTV or Sling TV. All of these platforms offer MTV as part of the channel bundle.

The new episode of ‘Floribama Shore’ brings a moment of respite from the argumentative storm that formed the bulk of the previous episode. One has to thank the St. Pete Pride Festival for getting the group out of the house and rooting for a common cause. The episode also introduces someone new, that is, Mattie Lynn Breaux. Those who have seen MTV’s ‘The Challenge‘, might recognize her. However, it remains to be seen how well Mattie meshes in, which will determine how long she stays. The new participant is surely looking forward to shaking things up.

She is Gus’ old friend, and Jeremiah strikes a friendship with her. Moreover, Nilsa is attracted to a girl that Jeremiah brings home. Since the season needs some breathers, where people can put their differences aside and come together, the Pride festival is a worthy setting. The group has fun celebrating others, and Florida is a wonderful place to party. What remains to be seen is if Mattie’s involvement becomes the healing factor that Gus and Jeremiah’s relationship needs. After all, Mattie is friends with one and has struck up a friendship with the other, putting her in a unique position to reach out to both of them. Alternately, there is a good chance that she will worsen things, which would result in more drama in the upcoming episodes.