Will There be More of ‘Floribama Shore’? 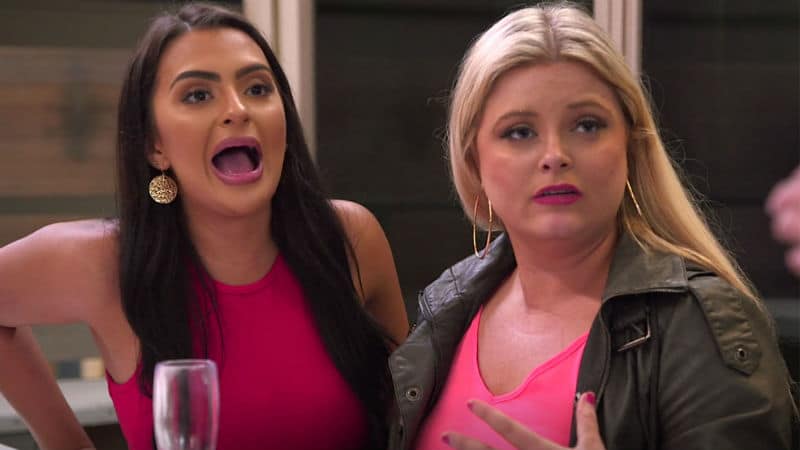 ‘Floribama Shore‘, the worthy successor of ‘Jersey Shore‘, has come to the end of Season 3. Over the seasons, the MTV series has maintained strong viewership ratings, simply because people are invested in the drama that plays out among the participants of the show. Speaking of drama, Season 3 has been a rollercoaster of emotions, which might make you immediately question when will ‘Floribama Shore’ season 4 release and who will be in it. We have got you covered in that regard.

Floribama Shore Season 4 Release Date: When Will It Premiere?

‘Floribama Shore’ Season 3 released on November 14, 2019, and came to an end on January 20, 2020. At this moment MTV has not officially made any announcement about the possible renewal or cancelation of the show. That being said, the network has dubbed the latest episode as a ‘Season Finale’, and not a ‘Series Finale’, leading us to believe that a new season will be on the way.

Usually, MTV announces the new season, just as they are about to start filming. We should expect an announcement to be made by June 2020, and ‘Floribama Shore’ Season 4 should release sometime around November 2020.

Floribama Shore Season 4 Cast: Who Will Be In It?

At present, the cast of ‘Floribama Shore’ includes Jeremiah Buoni, Nilsa Prowant, Gus Smyrnios, Codi Butts, Aimee Hall, Kirk Medas, Candace Rice, and Kortni Gilson. During Season 3, we have also seen Mattie Lynn Breaux come into the house as a friend of Gus. However, as the season progresses, Mattie and Jeremiah’s chemistry becomes undeniable, and now Mattie is a part of the house as well.

That being said, Kortni has to leave the house due to her mental health issues, and she is focused on getting better. Therefore, for ‘Floribama Shore’ Season 4, we would expect Jeremiah, Nilsa, Gus, Codi, Aimee, Kirk, Candace, and Mattie to return.

Notably, it isn’t wise to write someone off, when it comes to ‘Floribama Shore’. At the end of Season 2, it had seemed like Gus would not be returning to the house, but he came back with the gang. Thus, we might see Kortni return as well.

What Can Floribama Shore Season 4 be About?

For starters, ‘Floribama Shore’ Season 4 could move away from St. Pete, and head closer to the Florida-Alabama coast. A change of location would definitely make things more exciting. There have been some detractors in Season 3 who have noted that Gus and Jeremiah’s argument went on longer than it should have. However, the show attempts to document what the members of the house are actually going through.

Therefore, Gus and Jeremiah who have always been close might be returning to Season 4 with an irremovable wedge driven between them. Another shocker in Season 3 has been Kortni’s exit.

If Kortni does return in Season 4, ‘Floribama Shore’ could focus on her mental health, which would be a thoughtful and inclusive approach to take. Moreover, we could see some light being thrown on Mattie and Kortni’s relationship. Despite being a new addition in the house, Mattie already gets along with almost all the members and has been seen sharing an especially good bond with Kortni.

In conclusion, Season 3 has been an absolute roller-coaster of emotions, leaving open some possible strands that we might explore in Season 4. However, being an unscripted show, we cannot state for certain if the members will behave in a certain way, once the new season airs.

While we wait for updates on Season 4 of ‘Floribama Shore’, you can check out the teaser for Season 3 below, to get an idea of what the show is about, and what it might have in store.