When Will Florida Girls Season 2 Premiere on Pop TV? 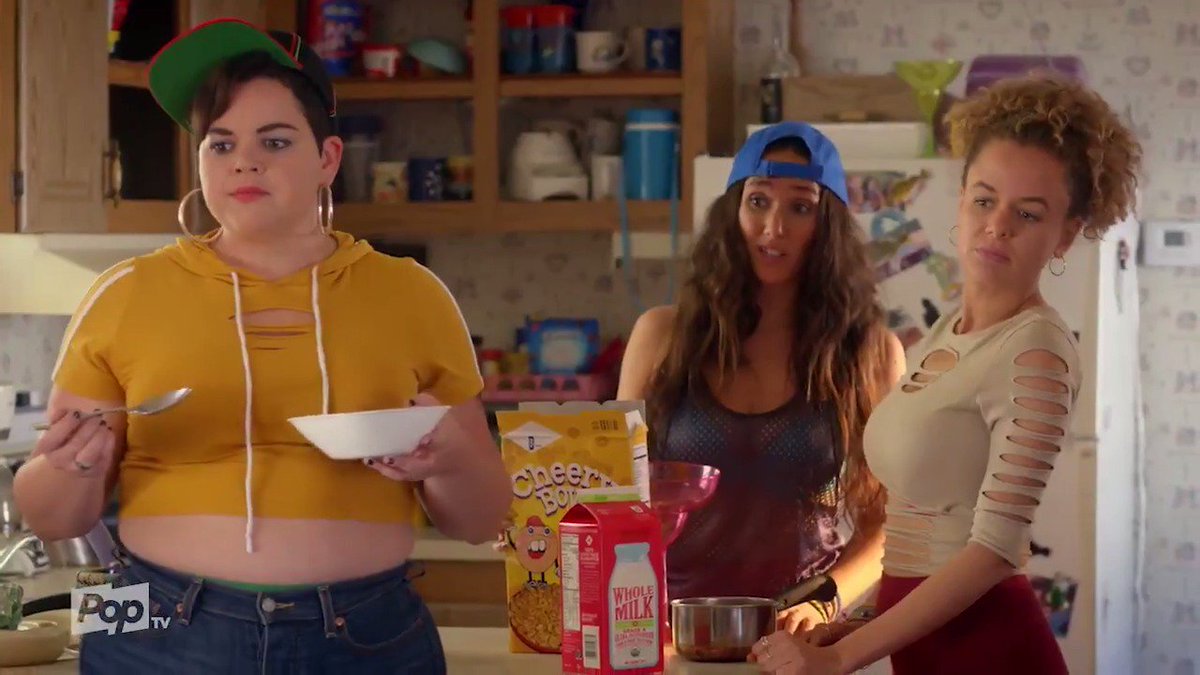 It seems television cannot stop itself from venturing into Florida as a backdrop for its many series. After famed reality shows like ‘Floribama Shore‘ and ‘Jersey Shore: Family Vacation‘, another scripted comedy-drama is set in the heart of the Sunshine State. Created by Laura Chinn (‘The Mick), ‘Florida Girls’ is about the monotonous lives of four women who start to re-evaluate themselves after their ambitious friend moves away from the city.

The first season of the show was received well. Now, the question is, will there be a Florida Girls season 2? Here’s everything we know.

Florida Girls Cast: Who is in it?

‘Florida Girls’ stars Laura Chin, Laci Mosley, Melanie Field, and Patty Guggenheim in the lead roles. Chin, who is primarily recognized for ‘The Mick‘, ‘Grandfathered’, and ‘Children’s Hospital’, is an expert writer and performer at UCB, Los Angeles and Boom Chicago, Amsterdam. You might already recognize Melanie Field from her role in ‘Heathers‘, a rebooted counterpart of the 1988-released, eponymous cult classic film. Her other acting credits comprise ‘The Tap’ and ‘Shrill’.

Laci Mosley, an actress, comedian, writer, and singer, makes a regular appearance at UCB on Maude night with house team ‘Mama’. She also stars on Harold night, performing improv comedy, alongside the house team ‘Leroy’. Additionally, she features on the movie, ‘The Wedding Year’. Patty Guggenheim, who is a former intern from Comedy Central, has performed in ‘The Middle‘, ‘Nobodies‘, ‘Happy Time Murders’, ‘Two Broke Girls’, and ‘Mary + Jane’.

Florida Girls Plot: What is it about?

‘Florida Girls’ introduces itself with tagline “No shirt, no shoes, no shame.” As our four female protagonists, Jayla, Shelby, Caitlin, and Erica, sit on their car, they whoop in ecstasy after the designated driver passes her car’s breathalyzer test. So you get the gist. It is about these carefree women, leading a wild and tension-free life by the sunny, sandy beaches of Florida. But before going ahead, here’s the thing. This story is inspired by Chinn’s real-life struggles as she grew up on Florida’s West Coast.

These four female friends share a strong bond of friendship. And they are, in fact, quite relatable. Living below the poverty line, they often attempt to navigate life’s curveballs. However, when their only ambitious friend moves away to follow her dreams, the foursome is left to ponder their decisions. As the episodes unravel, we witness the many trials and tribulations faced by the group members. Whether it is dealing with failed dreams or trying to figure out what they want from life, it follows their journey as they attempt to rebuild themselves from scratch.

With a fierce and strong all-women cast, ‘Florida Girls’ is a brazen original comedy series. While residing in a dilapidated beach town swarming with alcoholics, these street-smart females put in their best efforts to discover self-worth. We witness their struggles as they embark on this path of adulting in a society that considers poor, uneducated women to be valueless. The final backbone is, of course, the closely-knit, non-judgmental, and lovingly inseparable friendship of these women.

Bold and truthful, this hilarious series sheds light on the socio-economic structure of our society. It also tells how strong bonds can prevail over the most unfortunate situations. It is indeed a self-reflective comedy, which compels its viewers to connect to the lead characters.

Season 2 is expected to continue focussing on how Jayla, Shelby, Caitlin, and Erica fight the hardships by staying close together.

Florida Girls Season 2 Release Date: When will it premiere?

“Whether getting your GED, throwing an epic island party or dealing with an unruly customer on the job at Barnacles, the women of Florida Girls showed us that you don’t need a lot of money to have fun and feel good about yourself. Just some great, loyal friends,” Justin Rosenblatt, executive VP original programming and development at Pop, said in a statement. “We’re thrilled this series struck such a chord with our audience. Laura Chinn has created an honest show that mixes smart social commentary with hard comedy, and we couldn’t be more excited to see how she, Melanie, Patty and Laci evolve in season two.”

Even though no official premiere date was announced, you can expect ‘Florida Girls’ season 2 to release sometime in July, 2020.

While we wait for ‘Florida Girls’ season 2, check out the season 1 trailer. You can also head to their official site to check all the previous episodes.