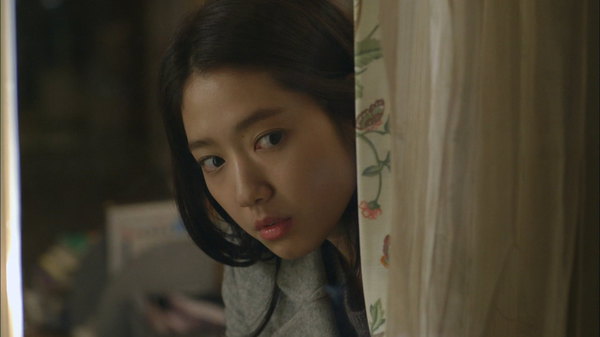 ‘Flower Boy Next Door’ (My Cute Guys), is a South Korean television series based on the webtoon, ‘I Steal Peeks At Him Every Day’ by Yoo Hyun-Sook. The series is directed by Jung Jung-Hwa and written by Kim Eun-Jung. It tells the story of Go Dok-Mi, who rarely leaves her apartment and never interacts with the world.

Flower Boy Next Door Cast: Who is in it?

Kim Ji-Hoon plays Oh Jin-Rak, a webtoon artist who is in love with Dok-Mi. Kim has previously worked in television dramas like ‘Love Marriage’ (2008) and ‘Stars Falling from the Sky’ (2010).

Flower Boy Next Door Plot: What is it about?

Go Dok-Mi is a shy and timid girl who has gone through a traumatic past. All her life, she has crossed people who lied, cheated and isolated her. As a natural defense mechanism, Dok-Mi comes to believe that the world is a cruel place and locks herself in a shell. She develops agoraphobia, which is a type of anxiety disorder that makes you avoid situations that might cause panic. Dok-Mi rarely ventures out and spends most days inside the four walls of her apartment.

The only exciting part of Dok-Mi’s life is Han Tae-Joon. Tae-Joon is a handsome young man who lives in the apartment across the street from Dok-Mi’s. Dok-Mi spends her days peeking at Tae-Joon through binoculars, observing him as he goes on with his daily chores.

Meanwhile, Oh Jin-Rak is a rookie webtoon artist who lives in the same apartment as Dok-Mi’s. Jin-Rak is a kind-hearted soul who loves Dok-Mi with all his heart. He, however, assumes that Dok-Mi’s isolated lifestyle is a choice and should be respected. Jin-Rak continues to passively observe Dok-Mi and often puts up encouragement notes on her milk cartons.

The series dramatically shifts with the introduction of Enrique Geum. Enrique is Tae-Joon’s cousin, who is a brilliant game designer and is very popular in the gaming community across the world. He has a larger than life personality and follows a happy-go-lucky lifestyle. He returns to Korea from Spain and one day notices Dok-Mi peeking at Tae-Joon’s window through her binoculars.

Enrique is fascinated by Dok-Mi and her hermit lifestyle. His curious nature tempts him to keep knowing more about Dok-Mi. Enrique somewhere believes he can help Dok-Mi by showing her the wonder and beauty of the world outside her room. Enrique looks at this as his responsibility since he believes he can save Dok-Mi. His explosive personality and constant indulgence in Dok-Mi’s life starts to threaten Jin-Rak as he grows insecure and jealous. Eventually, Enrique and Dok-Mi grow closer and fall for each other.

The best part about ‘Flower Boy Next Door’ is that while the series explores these multiple relationships, the plot itself adds depth to each character. As the story progresses, we get to see Jin-Rak’s insecurities and how he keeps putting Dok-Mi in a comfortable place by respecting her privacy but subsequently loses out on her. We also see how the relationship between Enrique and Dok-Mi matures. They are two people who are completely opposite to each other yet find a way to explore each other’s vulnerabilities and grow stronger.

Flower Boy Next Door Season 2 Release Date: When will it premiere?

‘Flower Boy Next Door’ Season 1 premiered on the TVN network on January 7, 2013, and ran until February 26, 2013, for 16 episodes. The series was a part of TVN network’s effort towards producing content targeted at the teenage demographic and is the third installment in the ‘Oh Boy’ series.

The series received fairly positive reviews, and Park Shin-Hye’s portrayal of Dok-Mi was appreciated. ‘Flower Boy Next Door’ was later followed by ‘Dating Agency: Cyrano’ in 2014. There is no official news of a follow-up season and it seems unlikely that the series will return for another season.

However, it isn’t the end until official sources confirm its cancellation. If ‘Flower Boy Next Door’ Season 2 is on the cards, it will likely have a release date in late 2021, or early 2022. However, we might hear about it sometime in 2020, so keep watching this space for updates.

Here’s a trailer for ‘Flower Boy Next Door’ that will give you a better idea.