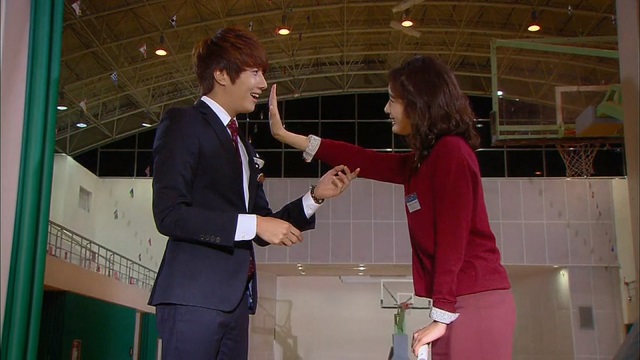 ‘Flower Boy Ramen Shop’, more popularly known as ‘Cool Guys, Hot Ramen’, is a South Korean romantic comedy series which is the first in the four installments of TVN’s ‘Oh! Boy’ series. It was created keeping in mind the teenage audience. It was announced for sequels, ‘Flower Band‘ in 2012, ‘Flower Boy Next Door‘ in 2013 and ‘Dating Agency: Cyrano’ in 2014. The installments are among the most sought-after Kdramas in the romantic comedy category.

‘Flower Boy Ramen Shop’ Season 1 quickly accumulated a huge fan base, who are now wondering about whether there will be a Season 2 for their beloved show. We delve into that after sharing some of the show’s details.

Flower Boy Ramen Shop Cast: Who is in it?

Yang Eun-bi is the lead character here, played by Korean actress Lee Chung-ah and she appears as a young university student who is gearing up for their upcoming exams in civil service.

The roles of fellow homeless students are played by Park Min-woo and Choo Yoon-woo, taking up the roles of Kim Ba-woo and Woo Hyun-woo respectively. There is a huge support cast but the story revolves mainly around these people.

Flower Boy Ramen Shop Plot: What is it about?

The story is set around the lead character, with Yang Eun-bi being a girl in her twenties opting for a civil service exam, and suddenly Cha Chi-soo comes into her life. Cha Chi-soo is a man of arrogance and his lofty standards make him more rude at times. He is also the heir to the biggest food joint in South Korea. He has come back home after failing in his attempt to pursue studies at the New York school. He is a typical Korean charmer and is famous among women with good looks.

Eun-bi develops a liking for him but soon finds out that he is six years younger and the school she is teaching is owned by Cha-soo’s family, and soon she becomes the private tutor of him. She gradually gets a piece of his arrogant and rude nature and the dislike grows while Cha-soo is intrigued by Eun-bi’s outspoken attitude. However, the duo maintains this complex relationship on screen and does not share their feelings while a lot of typical drama takes place.

Soon Eun-bi loses her teaching assignments after problems with Chi-soo and starts working in the ramen shop. What follows is a love triangle with Chi-soo’s father getting involved in a bid to destroy the ramen shop in order to re-develop the area it is located and to also keep Chi-so and Eun-bi apart. There are twists and turns taking place just like any other Kdrama romantic series.

Overall it is a good next-door romantic story with the writers keeping it subtle wherever required. However, the writing at times is a bit miffed and over the top. The chemistry between Chi-soo and Eun-bi is great to watch and the people around them also have some substance, making for fleshy character studies.

‘Flower Boy Ramen Shop’ Season 1 i.e. ‘Cool Boys, Hot Ramen’ premiered on October 31, 2011, at the TVN cable channel and continued till December 20, 2011. The series had 16 episodes and went air only on Wednesdays and Thursdays. The series had an overwhelming response and was ranked the most-watched show in its timeslot mainly among women and teens.

The popularity of this franchise laid the ground for the hype created around the following installments. However, there is no news on whether there will be further installments in the series. Regardless, whenever a decision made, there will be a huge fan base ready to make it as famous as they did back in 2011.