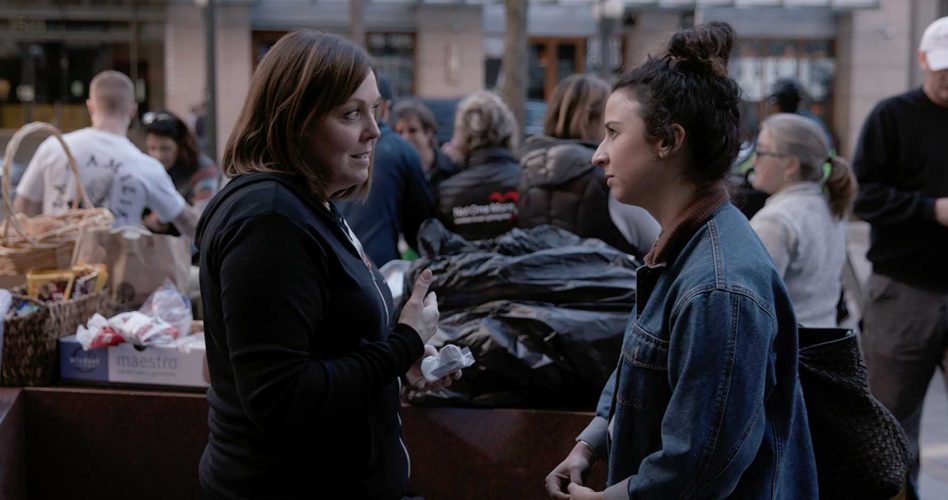 Follow This is an American documentary television series that premiered worldwide on Netflix on 23rd August 2018. The series is executive produced by Jessica Harrop, Kate Townsend, Cindy Vanegas-Gesuale, Shani Hilton, Linzee Troubh, Jason Spingarn-Koff as well as Lisa Nishimura and produced by John Pappas with BuzzFeed News. The credit for the cinematography goes to the head, Joshua Weinstein. Starring John Stanton, Juliane Löffler, Azeen Ghorayshi, Scaachi Koul, Bim Adewunmi, and Charlie Warzel, each episode focuses on a new topic which can be related to anything. From ASMR to intersex, “men’s rights”, the series talks about variant topics. The series is hosted by many BuzzFeed reporters. In January 2019, Netflix announced that there won’t be a second season.

If you have no clue about this series then, FYI, Follow This is a television series where each episode usually runs between 15 to 20 minutes. The audience can learn about the bizarre internet fads such as Gangster Rap, Sexbots, Scooter wars, black survivalists and more. In the series, the hosts talk about safe injection spaces for opioid users and quirky internet crazes doing the rounds in this era

The cast for the Follow This series includes John Stanton who serves as a National Reporter at Buzzfeed News, Carlos Garcia serves as a Journalist, Jay Lanham is an Executive Director at the Northern Virginia Regional Gang Task Force, Salvador Hernandez is a Breaking News Reporter, and Stanley serves as an Active MS-13 Member. Together they bring some of the most trending topics to the table and discuss them in-depth

Through its first three seasons, we saw journalists and reporters touch upon various trending topics and current affairs. It begins with Scaachi Koul who grubs about a story on the internet that has to do with an autonomous sensory meridian response which is a tingling sensation that starts from the back of the head and moves down to the spine. Another Buzzfeed reporter, Bim Adewunmi breaks all the stereotypes to interview black survivalists who train others to be prepared for doomsday. In the next episode, Buzzfeed reporter Juliane Löffler heads to Germany to talks to the intersex community. They have a discussion about banning gender surgeries for children and granting legal recognition.

Buzzfeed reporter Scaachi Koul tries to get to the bottom of the destructive world of “men’s rights activists”. The reporter talks about taking the initiative to support and promote men’s rights. The educative series also talks about many other male related issues without placing blame on women as is usually the norm. Azeen Ghorayshi discusses the opioid crisis which is a compound resembling opium. The reporter locates some of the safe injection sites and presents the point of view of heroin users. We see John Stanton showing how the constitution is helping sex trafficking survivors which has affected other  sex workers. In another episode, Buzzfeed reporter Charlie Warzel explores how technologies today are blinding us with fake information. The reporter believes that it can blur the lines between fiction and reality and in turn have long-term effects. In another episode, reporter Charlie Warzel debates whether a scooter is a boon or a danger to transportation. The series goes on to discuss the pros and cons of the scooters. We have Bim Adewunmi revealing some of the top fashion trends and talks to various influencers and designers about the growth of the fashion industry. Scaachi Koul digs dip into the topic of how sexbots can affect women. The reporter also speaks with a sex robot customer, a CEO, as well as a Therapist to study more about this issue. Further, Azeen Ghorayshi has a look into phage therapy which is a treatment that can treat pathogenic bacterial infections in the human’s body. Rega Jha then visits Auroville. It is a spiritual city located in Southern part of India. She talks to the locals of the city who claim to have found great peace of mind in the locality. In the last episode, John Stanton meets a former gang member of MS-13 to know more about the group that is igniting fear among the people. Follow This makes sure to cover subjects of relevance and educates people of the various things happening around the world.

Follow This Season 4 Release Date: When will it premiere?

20 episodes have been aired as part of the three seasons since Follow This premiered on July 9, 2018. We have no news yet of the fourth season but we can expect it to back soon. The audience has become extremely engaged with the new concept of this series. They can learn constructive ways of reporting from the journalists on this series as well as gain knowledge of all that is happening around the world. It appears fans are curiously waiting for its next season so let’s just hope the channel gives in to the pleas of their fans and drops a new season and its air date soon. Visit this article again to know more.

You can enjoy the trailer of the show above. Stream the previous three seasons here.