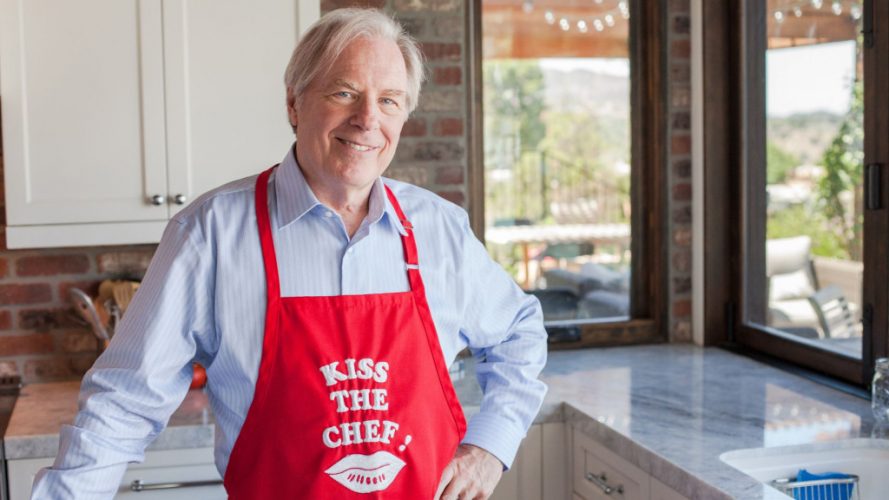 “The revelations on Food: Fact or Fiction? will surprise viewers with mind-blowing discoveries about commonly held beliefs and the origins of some of our favourite foods,” said Michael Smith, General Manager and Senior Vice President, Cooking Channel.

Food: Fact or Fiction? Cast: Who’s in it?

Food: Fact or Fiction? features Michael McKean, who has been hosting the show since the beginning. Michael is an actor, musician, comedian, and director from New York City. He is quite famous for his work in This is Spinal Tap (1984), Clue (1985), and Better Call Saul (2015). Michael has been appreciated for his fitting role in the series as the host of the cooking show. Courtney White, SVP Programming, Scripps Networks Interactive was all praise for him in an interview with Broadway. “A revered actor with impeccable comedic timing, Michael McKean is the perfect guide to walk viewers through the myths, mysteries, and magic behind the foods we all love, ” she said. “With just the right dollop of humour, learning facts (and fiction) about food has never been this much fun.”

Apart from him, the show also features various other people like Dan Kohler who appears as a food nerd, Justin Jampol who is a historian, Rose Lawrence, a popular baker, Dan Pashman who is an expert eater, Matt Lewis who is famed as a dessert archaeologist, Sarah Lohman, another food historian, Ali Bouzari who is a culinary scientist, Alejandra Ramos who is famed food & lifestyle expert. It has foodies and several food writers which includes Ben Waters, Lexi Fontaine, Donal Skehan and Kimlai Yingling, among others. The show also enlists registered dietitians, dessert historians, nutritionists, marine biologists, fortune cookie experts, and other fictional or otherwise personalities from time to time.

Food: Fact or Fiction? Plot: What is it about?

As you may have already guessed by looking at the name, ‘Food: Fact or Fiction?’ is an interesting and ideal series for food lovers, featuring a host named Michael McKean, who discusses the history of a variety of foods, and then breaks down the truth, whether people’s common beliefs associated with the food they are eating are indeed factual.

Michael McKean shared in an interview, “It’s our aim to make it the fastest moving show on television, and it really does have that feel to it. When the show is over, we’ve learned a bunch of things – and we’re hungry. So I think we’re doing the work of the angels.”

Food: Fact or Fiction? Season 5 Release Date: When will it premiere?

‘Food: Fact or Fiction?’ season 4 premiered on October 1, 2018 on Cooking Channel. The show has been consistent performer for the network right since 2015 when it first premiered. So, we would be surprised if it doesn’t get another season. Our best guess is that if the show does get renewed, ‘Food: Fact or Fiction’ season 5 release date could be sometime in October, 2019. We will update this section as soon as we hear more.

Who doesn’t love food? We have all been obsessed with it at least once in our lifetimes which explains why we will be familiar with the beliefs that are attached to the food we are eating. Have you ever wondered if it’s true or just a myth? If yes, then it is time to cross verify those beliefs. Waste no further time in watching the episodes of Food: Fact or Fiction? series. If you want a little preview of what you are getting yourself into, then watch the trailer which is available below. We will update this section when there is more news on season 5.