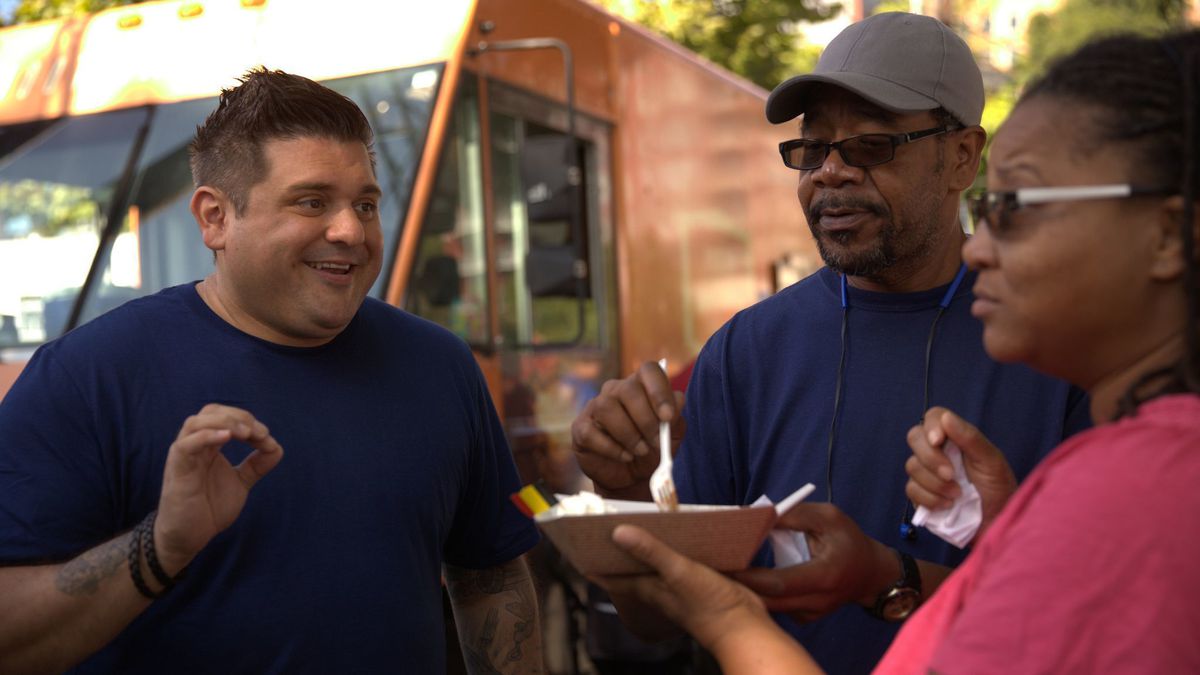 The genesis of food trucks in the US can be traced way back to the late 17th century when these mobile, dining vehicles graced several large cities on the east coast. Since then, these portable food booths have progressed to occupy a front seat in the American street food culture. In order to explore its influence on the ongoing food revolution, ‘Food Truck Nation’ attempts to showcase the latest and greatest bites on wheels. It introduces us to some of the most creative chefs who are making breakthroughs in culinary inventions to satiate the ever-evolving customer palate.

After two successful seasons on Cooking Channel, fans are eager to know: will there be a ‘Food Truck Nation’ season 3?

Food Truck Nation Cast: Who is in it?

‘Food Truck Nation’ is hosted by food aficionado and chef, Brad Miller. He is a native from Chicago suburbs, where he grew up learning to cook beside his grandmother and helping out in his father’s butcher shop. The talented chef received his training at the Scottsdale Culinary Institute, Arizona. He had also appeared as a candidate on Season 3 of ‘Hell’s Kitchen‘, where he gained 6th position.

As per Gordon Ramsay, Miller is definitely hard-working but “he lacked the finesse to become a great chef.” After his stint with reality TV, Miller started using his experience to dive further into entertainment and food. He shifted to California and gradually became the chef-partner of Inn of the Seventh Ray, Los Angeles County. He is also the executive chef of Five Star Senior Living, which mainly caters to senior communities. He has ventured into writing and his first cookbook is about “comfort classics with a modern twist.”

Since ‘Hell’s Kitchen’, Miller has appeared on television as a guest judge on ‘Rachael vs. Guy: Celebrity Cook-Off’ and as a guest chef on ‘Home & Family’.

Food Truck Nation Plot: What is it about?

‘Food Truck Nation’ follows Miller as he travels across America in search of the most unique, modern, and delicious treats on wheels. He introduces us to some talented chefs who are always on the lookout for new, innovative recipes to attract their customers. On each of the half-hour-long episodes, Miller visits three trucks to try their signature bites. He then discusses with the owners about the inspiration and backstories behind their creations. Some of the food types featured on the show include the unique blueberry pie PB&J — which comes with actual blueberry pie filling and blueberry crust. Again, the loaded hot dog features two all-beef franks, flavored with spicy shredded cabbage, chimichurri spread, and a wholesome serving of guacamole. As he meets with the chefs who operate the food trucks, he also pays homage to their marvelous creations and explains their influence on the food culture as a whole.

Just like first season, ‘Food Truck Nation’ Season 2 highlights some of the best, up-and-coming chefs. Across the episodes, we witness audacious dishes that nobody would think could be the creations of a mobile kitchen. As per Courtney White, President, Food Network and Cooking Channel, “With summer approaching, Brad Miller is the perfect guide for viewers who may be hitting the open road to find some of the best food trucks around.”

On one episode, Miller takes a trip to Mile High City, Denver, Colorado. Here, he meets with the owners of a family-operated food truck, Simply Pizza. It serves certain out-of-the-world bites such as Neapolitan-style pies. This is because, their massive truck is fully custom-made and is equipped with a colossal wood-burning oven — churning out the hottest and freshest pizzas, straight out of the stove in just 90 seconds! He then lands in Atlanta, where he gives us a glimpse of the Happy Belly truck, that brings up delish artisanal burgers, laden with freshly smoked meat, popping out from their customized ceramic smoker. The third spot on his list is the Cookie Bar in Las Vegas, Nevada — which showcases an adult twist on the kids’ favorite cookies. Their specialty cookies come with hints of homemade spirits. Miller’s other destinations is season 2 included St. Louis, Missouri; Portland, Oregon; Nashville, Tennessee; and Seattle, Washington.

‘Food Truck Nation’ is an awe-inspiring, educational and informative show, that brings limelight on underrated chefs, who are creating extremely mouth-watering dishes that compel customers to come back for more. We hope to see more of that in ‘Food Truck Nation’ season 3.

Food Truck Nation Season 3 Release Date: When will it premiere?

‘Food Truck Nation’ season 2 is premiered on the Cooking Channel on July 16, 2019. The whole season comprised of 13 episodes.

As far as the next season goes, Miller, has said that he has a long list of trucks he wants to visit. He said: “I have ones that I personally want to check out that I just think are cool trucks, and then there are ones that people are telling me”.

Yes, there’s plenty of scope for the series to go on. Miller has himself stated that there are too many trucks to choose from and the entire experience is extremely exciting. So, if you are wondering if the show will get renewed again, then we are pretty sure that a season 3 is underway. We expect ‘Food Truck Nation’ season 3 release date should fall sometime in July, 2020.

Cooking Channel has not released a full-fledged trailer for ‘Food Truck Nation’. However, you can head to their official site if you wish to check out clips and photos from the show. There is also a collection of delicious recipes that you can check out! And if you have not watched the show yet, you can catch up on all the previous episodes here.