For All Mankind Season 2 Episode 6: What to Expect? 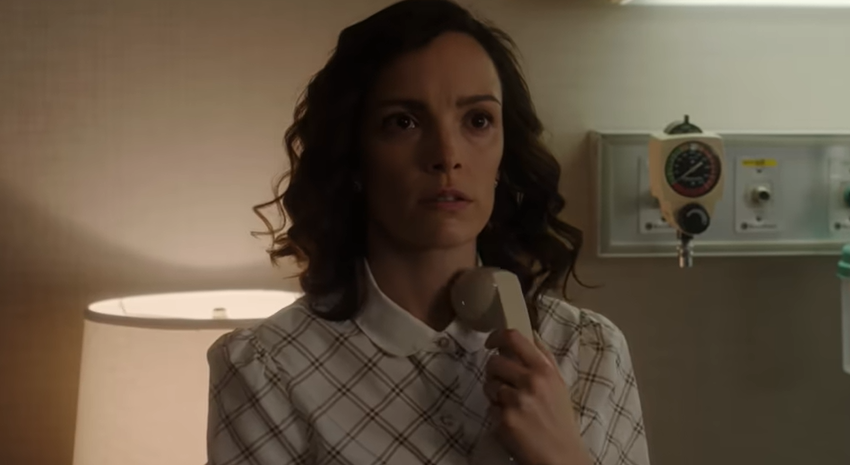 Episode 5 of ‘For All Mankind’ season 2 revolves around the lives of the lead characters who try to negotiate with the change in circumstances. Ed’s accident creates a difficult moment of anxiety for Karen and Kelly. Tracy’s trip to the moon starts flamboyantly, but she gets caught in the difficulties as the monotony catches up to her.

The Apollo-Soyuz mission is in development, and the NASA officials start planning their moves. Ellen tries to get back to her past life but stands in the shadow of a doubt. The next episode will perhaps unravel the developments further as the Jamestown base is on the verge of being militarized. If you are curious about episode 6, we have got you covered!

‘For All Mankind’ season 2 episode 6 is slated to release on March 26, 2021, at 3 am ET on Apple TV+. New episodes are scheduled to release every Friday.

Where to Watch For All Mankind Season 2 Episode 6 Online?

You can watch ‘For All Mankind’ season 2 episode 6 by tuning into the Apple TV+ website or the app. The subscription costs $4.99 per month after a seven-day free trial. Unfortunately, the episode will not be available on any other streaming platform for now.

For All Mankind Season 2 Episode 6 Spoilers

Tracy’s stay on the Jamestown base takes a toll on her. She cannot deal with the pressures, and most importantly, the lack of luxuries catches up with her. However, she seems to be coping after Commander Rossi takes her to the task. With the advent of weaponry on the Jamestown Base, we can expect the next episode to delve further into this narrative. Moreover, Tracy, being the Lunar vehicle pilot, will probably play an important role in further happenings.

The Apollo-Soyuz mission is in full swing, and the Soviets might arrive at the NASA office to officially launch the joint program. Danielle is the Apollo mission commander, and she will probably be an integral part of the developments. It also remains to be seen how Aleida will prove her merit given that she has been drafted to the aforementioned program.

Molly faces difficulty with her vision as the effect of the proton radiation raises its head. With the new responsibility, Molly will have to balance the tasks since she doesn’t want to disclose her infirmities. Ellen and Pam reconcile together after a decade, and she will likely establish a long-lasting relationship with her. The sixth episode, titled ‘Best Laid Plan,’ might touch upon these narrative threads and unravel the story further.

For All Mankind Season 2 Episode 5 Recap

Tracy arrives at the Jamestown base and is accorded a hero’s welcome. She is provided with specific amenities as the team is proud of her achievements. However, as time passes by, Tracy finds it difficult to cope with life on the moon. She resorts to drinking and smoking, both of which are strictly prohibited on the base. The commander takes cognizance of this fact and assigns her to a double shift. Meanwhile, Gordo trains hard and prepares himself for the upcoming space flight. He wants to take control of his fears and shares nuggets of wisdom with his children.

Ed’s accident shakes Karen, and she tries to come to terms with her own decision of letting him leave the desk job. Gordo and Ed’s misadventure is frowned upon by Margo, Thomas, and Molly, who gives them a strong rebuke. Molly proceeds to discuss the protocol of armed engagements on the moon, but her impaired vision prevents her from doing so. Meanwhile, Aleida joins NASA as an engineer deputed in the Apollo-Soyuz program.

Ellen goes back to her old friend Pam, and the two reconcile after a decade-long hiatus. Three astronauts arrive on the Jamestown base carrying weaponry, indicating that the Cold War has picked up its pace. Karen and Danny share a somber moment reflecting on the happy moments of their past. Karen embraces her persona of yesteryears in a beautiful moment of solo dancing.