For All Mankind Season 2 Episode 7: What to Expect? 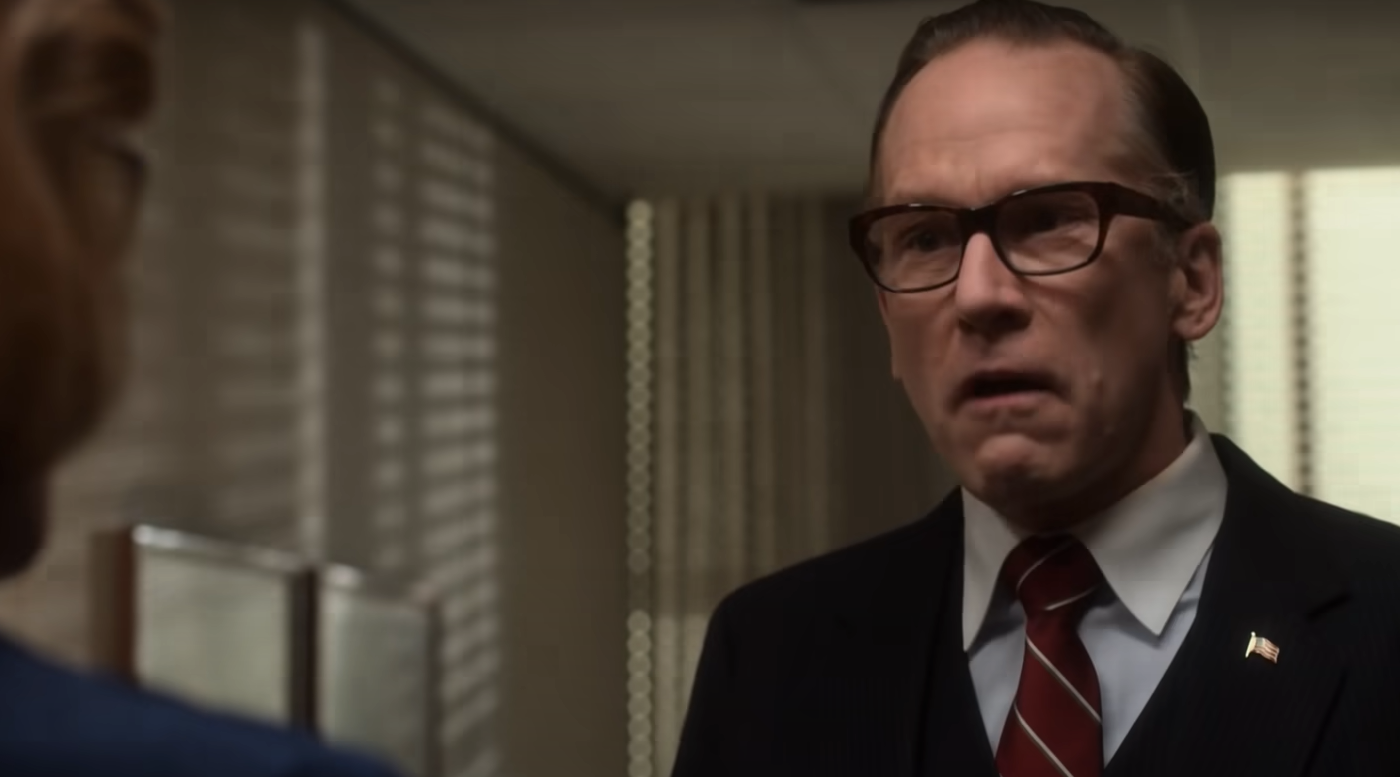 Episode 6 of ‘For All Mankind’ finally pits the Soviets and the Americans face to face. The Apollo-Soyuz space program is in full swing as Soviet cosmonauts and their American counterparts try to figure out a way to work in unison. However, political differences create problems in the developments as Margo and Sergei, the Soyuz mission chief, have to find a way to put aside their difference.

Kelly asks about her adoption history to Ed and Karen—the situation reveals a lot about their problems in the face of Shane’s death. Despite the developments of the Apollo-Soyuz program, there is a palpable tension that is about to come to the surface. In the Jamestown Base, the arms race is going on, which has ominous forebodings. Curious to know what can happen in the seventh episode? We have got your back!

‘For All Mankind’ season 2 episode 7 is slated to release on April 2, 2021, at 3 am ET on Apple TV+. New episodes are scheduled to release every Friday.

Where to Watch For All Mankind Season 2 Episode 7 Online?

You can watch ‘For All Mankind’ season 2 episode 7 by tuning into the Apple TV+ website or the app. The subscription costs $4.99 per month after a seven-day free trial. Unfortunately, the show is not available on any other streaming platform for now.

For All Mankind Season 2 Episode 7 Spoilers

The developments on the political front seem eerily placid. The Soviets are hawkish with their approach towards the Apollo-Soyuz mission, and the seventh episode will see Danielle Poole navigating her way through the Soviet facility. The Jamestown base has been armed, and further developments point at a confrontation on the Moon. The Cold War can be expected to rage on, with dangerous situations likely to arise from the conflict. In episode 6, Ellen reconciles with Pam and also breaks the news to her husband, Larry. However, she is still in a conundrum regarding the reveal of her sexuality.

The seventh episode might see Ellen work towards a different path to achieve a semblance of satisfaction. Since Ed and his team have gone through a simulation program aboard Pathfinder, we might see further developments on this front. Gordo is inching close to Tracy and expresses his desire to get her back. Will he be successful given that Tracy’s husband Sam is in the mix? Or will his mission on the Moon be mired in problems given that the Jamestown Base is on thin ice regarding an impending conflict? In essence, we can expect episode 7, titled ‘Don’t Be Cruel,’ to explore these possibilities.

For All Mankind Season 2 Episode 6 Recap

In the episode, the Soviets arrive with their team on NASA to kickstart the Apollo-Soyuz program. Margo’s briefing takes a confrontational turn when the Soviets express their desire to change certain aspects of the program. The docking system of the two space capsules has to be designed from scratch as the existing one doesn’t fit the requirements of the Soviets. On the Jamestown base, astronauts commence target practice with their newly acquired arms. Another Sea Dragon launches from Earth carrying plutonium for the refueling of the American Moon base.

Kelly has to dig deep into her past as she sits down to write an essay for her Naval school program. The truth is taken by a pinch of salt—Kelly is of Vietnamese origin and is one of the kids brought from the Asian country after the horrors of the Vietnam War. However, Ed and Karen express their unconditional love for Kelly that seems to alleviate the situation. The Soviet cosmonauts and their American counterparts converse in the Outpost Tavern and try to break the ice between them.

On a similar note, Sergei and Margo discuss the program and the situation existing in the political sphere. They decide on the docking mechanism and work with Aleida to complete it. Ellen breaks the news about her desire to stay with Pam to Larry. Gordo reaches out to Sam, telling him that he intends to get Tracy back. In the end, Danielle and her team arrive in Star City in the USSR and are subjected to frantic frisking as a man watches over them.