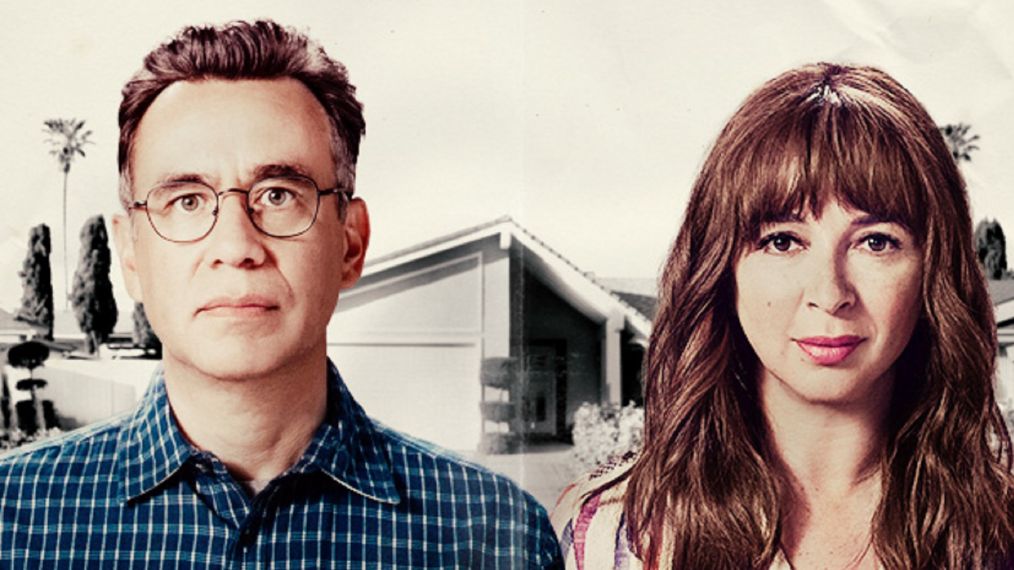 ‘Forever’, is an American comedy-drama web television series that airs on Amazon Video. The show first premiered on September 14, 2018. It has been created by Alan Young of ‘Master of None‘ and ‘Parks and Recreation‘ fame, and Matt Hubbard, who worked on ‘Parks and Recreation’ with Young, but is also known for his work on the hit NBC show ’30 Rock’.

The show revolves around a couple who lead a completely comfortable but very predictable conjugal life in the suburbs. However, suddenly a situation arises when they find themselves in otherworldly circumstances, raising questions about love and marriage in the afterlife.

Lovers tend to make promises of eternity to each other in the prime of passion, however not every always is forever. This series seeks to take a philosophical and harrowing look at the concept of everlasting love. If you are planning to tell your lover that your feelings are timeless, then you should definitely watch this show to gain some perspective. Critics too have praised it, saying, “Forever is a gently harrowing and mirthful dive into the ennui of matrimony, elevated by Maya Rudolph’s dazzling turn of not-so-quiet desperation”.

Forever Cast: Who is in it?

The cast of ‘Forever’ includes Maya Rudolph as June and Fred Armisen as Oscar in the lead roles as a couple. One can recognize Maya from her appearance in ‘Bridesmaids‘, ‘Grown Ups’ or even ’50 First Dates’. In 2000, Rudolph became a cast member for the NBC’s TV series, ‘Saturday Night Live.’ Fred Armisen too was a cast member for the same show from 2002-2013. There are several recurring and guest characters who attempt to help the couple navigate the afterlife or to deal with death.

Forever Plot: What is it about?

‘Forever’ is a romantic comedy that has been conceptualized around marriages and the ifs and buts that might go through a couple’s head, over the passage of a few years, into their married life. The thing with marriages is that not many take the “forever together” aspect of it with all seriousness as people are so in love at the moment that everything else just kind of fogs out.

The storyline is based on June and Oscar, a couple who’ve been married for twelve years, living a comfortable and rather dull life in suburban Riverside, California. The two meet a few years before their marriage, fall in love and eventually, in time get married. Everything feels perfect during the initial years, but as time goes by the two soon realize the stagnation set into their lives and relationship. For many couples monotony does set into their lives, but for our cast, things are a bit too predictable. The two have practically lived through the same routine all their lives. Even their vacation plan has been to one place and one cottage in the last twelve years, and now it is even starting to reflect in their conversations.

This is when June decides to put down her foot and ends up talking Oscar into a skiing trip out-of-town for their vacation to zing things up again. This is something they have not done before. This is something spontaneous, and they are way out of their comfort zone. Things will go a lot more unpredictable than anticipated by the couple in their wildest of dreams! However, they soon find out how unpredictable things become when (SPOILERS AHEAD!) Oscar dies in a skiing accident and June dies after she chokes on a macadamia nut. In their afterlife, the husband realizes how he did not notice his wife’s restlessness in their everyday life, while June realizes that she had been unhappy in her marriage and wants to seek something else. Is love really forever, and will this couple be together in the afterlife? This is what the show tries to present to the viewers.

The series is meant to be a platform to portray insightful and touching aspects of the institution of marriage and its pillars of commitment and love through effective comedy. All in all, the show appears to be a montage of goofs and gaffes, and ups and downs of married life or even just a relationship that everyone can enjoy watching and relate themselves with, in one way or another. Variety has written about the show, saying, “‘Forever’ demonstrates just enough interest in establishing a mythology that it will throw in a couple sporadic, disparate details about the afterlife (or whatever it’s supposed to be — that’s never quite cleared up).” One must agree that the show needs to focus on which version of the world they would like to truly call their own.

Forever Season 2 Release Date: When will it premiere?

‘Forever’ Season 1 premiered on Prime Video on September 14, 2018. After season 1 came to an end, show’s co-creator, Alan Yang, expressed hope of continuing the series. “We have some ideas. That ain’t the end of it,” Yang commented. “We’re definitely open to doing more if people respond well to the show and have some fun ideas for Season 2 should one come about.”

Unfortunately, on July 27, 2019, Amazon pulled the plug on the show. Though, fans should not lose all their hopes. There’s still a possibility that some other network picks up the show at some point in future. If that happens, we will update you about ‘Forever’ Season 2 release date.

While we wait for any postive news on ‘Forever’ Season 2 check out the trailer for Season 1 below. If you have not seen the series and want to know the implications of the word ‘always’ when in love, then this is the show for you.