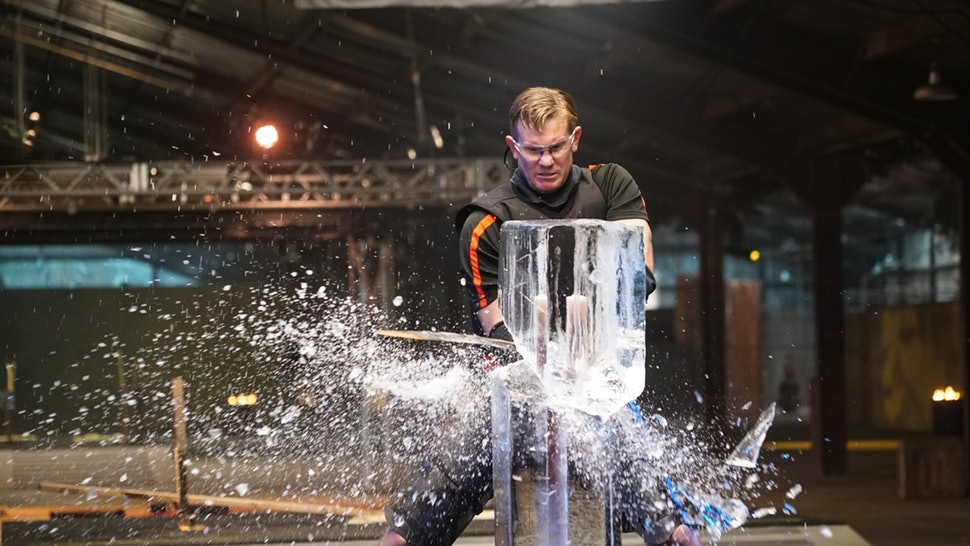 ‘Forged in Fire: Knife or Death’ follows bladesmiths, knife experts, martial arts practitioners, and swordsmen showcasing the strength and sharpness of their weapons. In order to do so, they go through different hurdles and challenges.

Having had a successful run for two seasons already, fans are now wondering if there will be a ‘Forged in Fire: Knife or Death’ Season 3. We are here to delve into that right after we share some of the show’s details.

Forged in Fire: Knife or Death Cast: Who’s in it?

Bill Goldberg is the host of the show. Goldberg is a professional wrestler, actor, and former football player. He is best known for his tenure in World Championship Wrestling and he has also won the WWE Universal Championship in February 2017.

Apart from ‘Forged in Fire: Knife or Death’, Goldberg has also been the host of shows like ‘Bullrun’, ‘Auto-Maniac’, and ‘Garage Mahal’. He has had cameos in movies like ‘Universal Soldier: The Return ‘, ‘The Longest Yard’, and ‘Half Past Dead 2’.

Goldberg hosts the show along with Tu Lam, a US Army Special Forces Soldier and an edged weapons expert. Travis Wuertz, who has won ‘Forged in Fire’ twice, is the blade inspection specialist.

Forged in Fire: Knife or Death Plot: What is it about?

The third obstacle features a 3-feet-tall block of ice that needs to be broken. The fourth obstacle contains three targets – a chicken, a fish and a container filled with sand. The contestants have to strike them with precision and only one chance is given to them. The last obstacle of the round needs the contestants to strike through a metal sheet and pork belly. Once they stab the blade into a wooden stump after completing all the tasks, the timer stops.

Only the contestants, who qualify round 1, qualify for round 2. The second round is called ‘Dead Run’. Just like round 1, the second round has different obstacles as well. For the first obstacle, steaks hang from rotating carousels and contestants need to strike them neatly. In the following obstacle, candles are placed beneath funnels. The contestants first have to cut ropes that will release bottles of water and then cut through the bottles so that water passes through the funnels and candles are put out.

The third obstacle has meat slabs and ice cubes. The contestants need to cut 40 pounds from them. In the fourth obstacle, watermelons are released from chutes and the participants have to strike 10 of them. The fifth obstacle demands the participants cut a rope that releases a curtain. After that, they have to strike every item showcased behind it. The last round features ropes to a staircase. The contestants have to cut the ropes, climb the stairs and cut the stack of sugarcane arranged on the platform.

The contestants who win the episodes, qualify for the finale. The finale is comprised of some of the best obstacles of both the rounds. The contestants have to cut through steaks, ice cubes, and ropes and ultimately bag the winner’s title.

Forged in Fire: Knife or Death Season 3 Release Date: When will it premiere?

The show has nail-biting excitement. Believe it or not, the show gives an immense feeling of satisfaction once the blades are able to cut the given objects with the right amount of precision and neatness. The way the experts handle their blades and keep their calm with the running timer is commendable.

The show is for everyone. It is satisfying and intense while being designed to keep you on the edge of your seat. By the end of every episode, your inner blade wielder will surely be aroused.

Catch the promo of ‘Forged in Fire: Knife or Death’ Season 2 below, while waiting for the trailer for Season 3 to release.