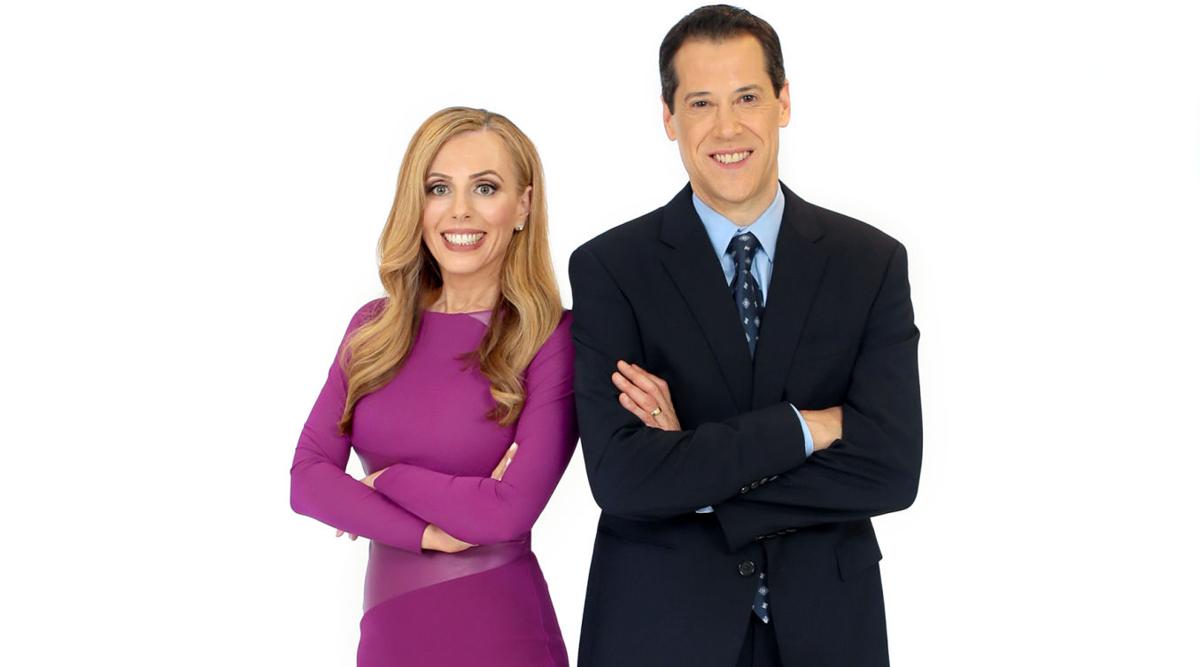 Money can’t buy happiness. Sometimes, though a tad far-fetched, this adage does hold a bit of truth, especially in the extravagant world of stardom. “More money more problems” — does it ring a bell? Yes, when celebrities own megafortunes and colossal wealth, the stakes are also higher. Be it an expensive divorce, a sudden, unprepared inheritance, or the fight for over a celeb’s estate after his demise — each of these legal battles include massive amounts of involved cash.

‘Fortune Fights’ is a reality TV show that documents multiple celebrity scandals, related to lost and earned fortunes. Produced by The Intellectual Property Corporation, it airs on Reelz.

Fortune Fights Cast: Who is in it?

This legal TV series is hosted by Danielle and Andy Mayoras, husband-and-wife attorneys from Oakland County. They are also media experts in celebrity legal matters. The duo has co-authored a book, titled, ‘Trial & Heirs: Famous Fortune Fights!’ and is a regular contributor on the columns of Forbes magazine. They have additionally appeared on several shows such as ‘Access Hollywood’ and ‘Entertainment Tonight’.

Danielle and Andy Mayoras are expected to be back as hosts for season 3.

Fortune Fights Plot: What is it about?

‘Fortune Fights’ is a legal docu-series that chronicles famous stars as they fight personal battles due to wrong decisions. Since the money involved is huge, the financial stakes reach new heights. Every episode of the documentary — comprising 60 minutes each — follows the Mayras as they dive into the legal ups and downs, accompanying the cases fought by leading personalities in the entertainment world. Some of the names featured here are Johnny Depp, Madonna, Britney Spears, Harrison Ford, Hulk Hogan, Donald Sterling, Casey Kasem, Lisa Marie Presley, Robin Williams, and Sonny Bono. As the series unfolds, we learn how these celebs gained their millions and how they saved or squandered it. It also highlights the lawsuits, divorces, family fights, and bad business deals which finally culminated in an ugly court battle.

It is common knowledge that Madonna has a spectacular career in the realm of music and acting, which spans generations. Since the 1980s, The Queen of Pop has amassed millions of dollars, owing to her continuous success. However, she ended up losing a colossal sum after she failed in her relationship.

For around 3 decades, the wrestling superstar, Hulk Hogan, has enjoyed an immense fan following and has always performed in packed arenas. He is one of the highest-earning professional wrestlers. But, when he got involved in a sex scandal, he had to fight a long battle to protect a major chunk of his vast fortune.

Britney Spears is, of course, one of the most popular pop artists of all time. But she also had to face multiple mega legal battles, comprising a messy divorce, an ugly child custody dispute, and a public meltdown. Renowned radio icon Casey Kasem had retired after 40 years in the industry, with an estimated net worth of 80 million dollars. However, during his last years, he had to suffer through a bitter family battle.

Lisa Marie Presley is the daughter of the iconic music star, Elvis Presley. However, after she inherited her father’s fortune when she was 25-years-old, she was entangled in a series of messy legal disputes. Sonny Bono, the other half of Sonny and Cher, died unexpectedly in 1998. This set up the stage for a dirty battle over his personal fortune.

Again, our beloved Jack Sparrow from ‘Pirates of the Carribean‘, Johnny Depp, is well-known for his character portrayals of loveable oddballs and handsome heartthrobs. But he did follow a reckless routine of runaway spending. Adding to this, Depp’s legal battles and a messy divorce forced him to keep fighting a legal case for a long time.

Talented stand-up comedian and famous actor, Robin Williams, obviously enjoyed massive success and gathered truckloads of cash during his lifetime. But he had to go through multiple expensive divorces. After his death, there was an extensive fight over his 100-million-dollar fortune. Harrison Ford, with a career spanning almost 60 years and movies grossing more than six billion dollars, is one of the richest stars in Hollywood. But when he had to go through a public divorce with no prenup, he was forced to fight against all odds to save his fortune.

Season 3, if commissioned, is expected to cover many more high profile celebrities and their fortune battles.

Fortune Fights Season 3 Release Date: When will it premiere?

‘Fortune Fights’ season 2 premiered on Reelz on July 8, 2019. The show gives a detailed insight into financial and personal highs and lows of Hollywood’s leading stars. It is a humane glimpse into their lives, with the only exception being the exceptional risks involved in these struggles. And there is much scope for many stories to be covered. Hence, we are hopeful that the show will be soon renewed for another season. Our best guess is that you can expect ‘Fortune Fights’ season 3 release date to fall sometime in the beginning of next year, i.e. January 2020. We will update this section as and when we learn more.

Below is a sneak peek into season 1 of ‘Fortune Fights’. Visit their official site if you wish to check out clips from the show.