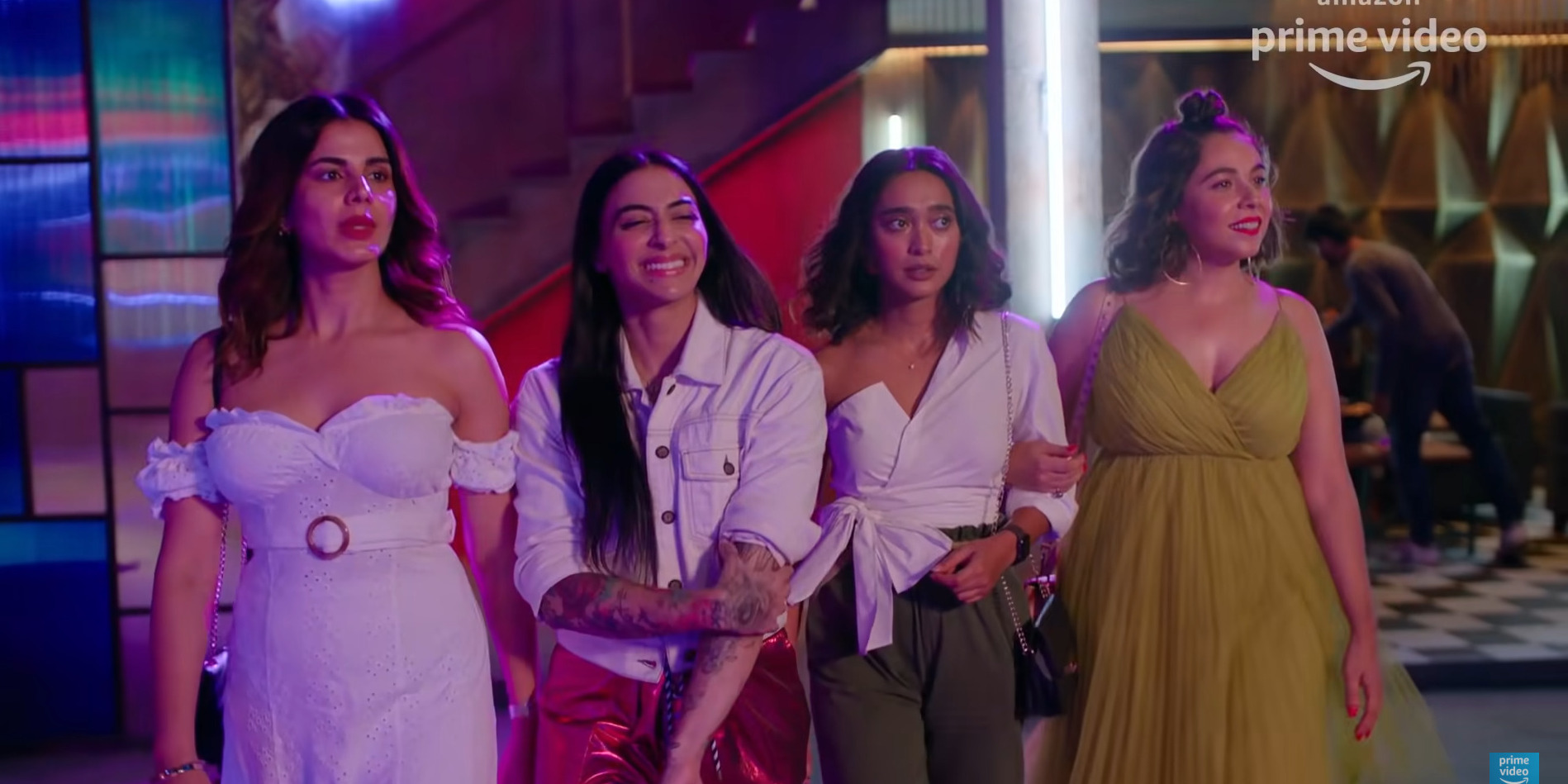 Upon its release in 2019, ‘Four More Shots Please!’ struck a chord with the audiences for its unconventional storyline that revolves around four flawed but unapologetic urban women, who embark upon a journey to self-discovery and also struggle to revamp their careers and love life. On the contrary, the women-centric drama received unfavorable reviews from the critics who referred to it as a blatant rip-off of ‘Sex and the City,’ one that is fueled by a forced “woke and feminist” central theme.

Despite its flaws, the show became India’s first successful women-led franchise in the streaming space. Season 2 dropped in April 2020, and since then, fans have been wondering whether ‘Four More Shots Please!’ season 3 will ever get made. Well, let’s find out!

‘Four More Shots Please!’ season 2 premiered in its entirety on April 17, 2020, on Prime Video. It consists of ten episodes of 30 minutes each.

The ending of season 2 lays the ground for a potential season 3. Notwithstanding its flaws, the show has managed to earn a spot in the guilty pleasure binge-watch category. If we couple that with its ever-increasing popularity among the mainstream audience, the show will most likely get renewed for a season 3. If and when that happens, ‘Four More Shots Please!’ season 3 is expected to release sometime in 2021, on Prime Video.

Four More Shots Please! Season 3 Cast: Who is in it?

The gang of girls will undoubtedly be back for the third round of this binge-worthy drama series. Gurbani Judge AKA Bani J will return to essay the character of the feisty bisexual gym trainer, Umang Singh. Kirti Kulhari will come back to play the independent and fierce lawyer and single mom, Anjana Menon. Maanvi Gagroo will reprise her role as Sidhi Patel, while Sayani Gupta will return to portray the fearless journalist, Damini Rizvi Roy.

Four More Shots Please! Season 3 Plot: What can it be About?

In season 2, Umang explores her new-found freedom after coming out to the world, and decides to take her relationship with her superstar lady love Samara to the next level. Still dealing with the failure of her website, Damini, puts her attention in penning a murder mystery revolving around a judge. Anjana bounces between getting back with her ex-husband, missing her immature boyfriend, or making love to someone else’s husband. After almost taking her own life, Siddhi opts to pursue a comedy career to get out of her mother’s wing and be financially independent.

In the heart-wrenching finale, Samara asks Umang to accompany her to LA for 18 months as the former lands a lucrative superhero movie deal. Fearing to lose her independence, self-respect, job, and friends, Umang breaks off their wedding. Also, Siddhi faces an earth-shattering tragedy when she gets a call from her mother, who informs her that her father has passed away due to cardiac arrest.

Season 3 might pick up from the ending of season 2. Back to square one, the four SoBo women might continue their struggle to gain a foothold in their respective careers and also try their luck at love. Siddhi might become more responsible after the sudden demise of her father, while Umang might reel from her fresh breakup. The third season might throw some light on the interpersonal dynamics of its characters, which has shown impressive development since its first outing.

While we wait for an official update for ‘Four More Shots Please!’ season 3, check out the trailer for season 2!