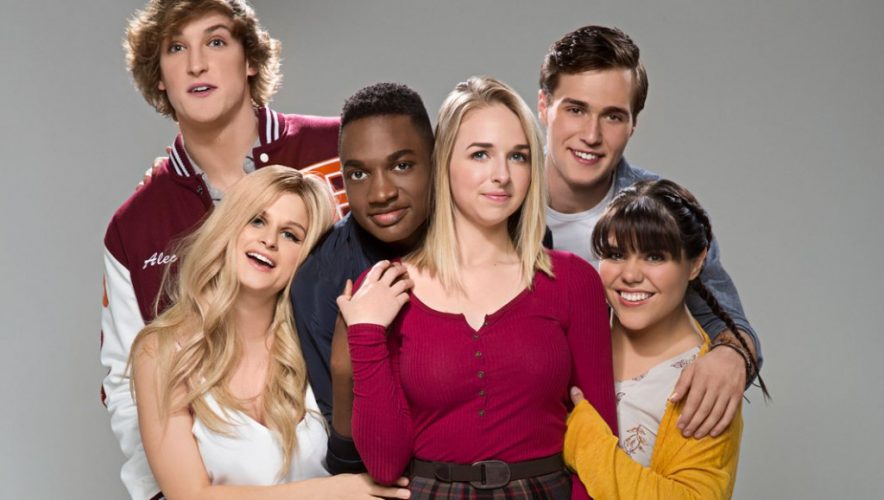 This series is created by Marissa Read as well as Selyna Warren. It is executive produced by Marissa Read, Shauna Phelan and Selyna Warren and produced by Irina Popov. It is available to watch on YouTube Premium. Each episode has a runtime of 22 minutes. In 2016, the series won several awards – Streamy Award [Winner], Best Actress award won by Jenn McAllister, Streamy Award [Nominee] as well as Best Ensemble Cast in a Web Series. Foursome has been filmed in Los Angeles, California, USA for the most part.

Foursome Cast: Who is in it?

The main cast member of the series is Jenn McAllister as Andie Fixler. She is a famous YouTube personality who has more than 3 million subscribers and over 260 million views. Her fans know her as “jennxpenn” on YouTube. She handles two YouTube channels, her vlogging channel, Jenn and her main channel, jennxpenn.

Rickey Thompson as Dakota Green is Andie’s best friend, Meghan Falcone as Courtney Todd, is the other best friend, and Brooke Markham as Imogen Hillenshine, is the fourth friend in the group. Together, the group is fashioned Foursome. We also have Cameron Moulène as Josh Bennett, Madeline Whitby as Greer Ashton, and Sarah Yarkin as Peg, among others.

Foursome Plot: What is it about?

Foursome follows a girl named Andie with an aim to shake off negativity from her life with the help of her three besties named Dakota (the sassy gay), Courtney and Imogen (the virgin). She is a sophomore in high school who has trouble finding a guy because of her older brother named Alec. He is one of the most famous guys in the school owing to his looks and personality. He sees to it that no guy gets within miles of Andie. These four little brats join hands to help each other throughout high school and guide each other when they face dating problems. So now, Andie can freely go to dates without her brother poking his nose in between.

In the fourth season, Andie finally discovers the truth behind THE HOT M.E.S. when an OG friend from the past returns to the Foursome’s childhood treehouse. The Foursome tries to divert their attention usinf BABBLE, BANG and a romance novel. They compete with each other for peen points for when the novel is released. The gang decides to get tattooed after the return of their final teammate. Tension arises among the Foursome as they regret getting the same tattoo each. The road takes a steep turn and a simple tattoo rips their bond apart. Andie decides to join Wynn to ensure her cuz isn’t conned. She feels like her summer vacations have been destroyed when she discovers that Hughs new chick is not a new trick. Andie and Josh’s relationship falls apart after the return of Greer.

On the other hand, Green and Hugh become sexually close to each other. Andie has to forcefully form a duo with Greer while the remaining members of the Foursome gang up to become Dakota’s companions. After forming a team with Greer, Andie tries to know more about Josh’s sexual past. She learns about various dirty secrets of Josh’s. The team reunites at a sleepover. They seek some useful advice from their parents related to their futures. Their parents reveal too much as they get drunk. As the monsoon season is right around the corner, the Foursome tries to dig up the time capsule which they had buried in the past. They go down the memory lane to relive their pasts. As the season ends, they are all seen enjoying a party at Brayer High.

Foursome Season 5 Release Date: When will it premiere?

Foursome season 4 premiered on October 1, 2018. As far as next season goes, there has been no official announcement yet. This series has received mixed reviews so far but has managed to complete four seasons. It is well executed and has the teen crowd showering ample love on the YouTube sensation, Logan Paul who is one of the main attractions of the show. Now, fans are waiting for a hot new season of Foursome. Our best guess is that Foursome season 5 can release sometime in October 2019.

Enjoy the first episode of the 4th season below. Head to YouTube Premium to watch the entire series now. We bet you will find yourself deep in the Foursome’s drama.