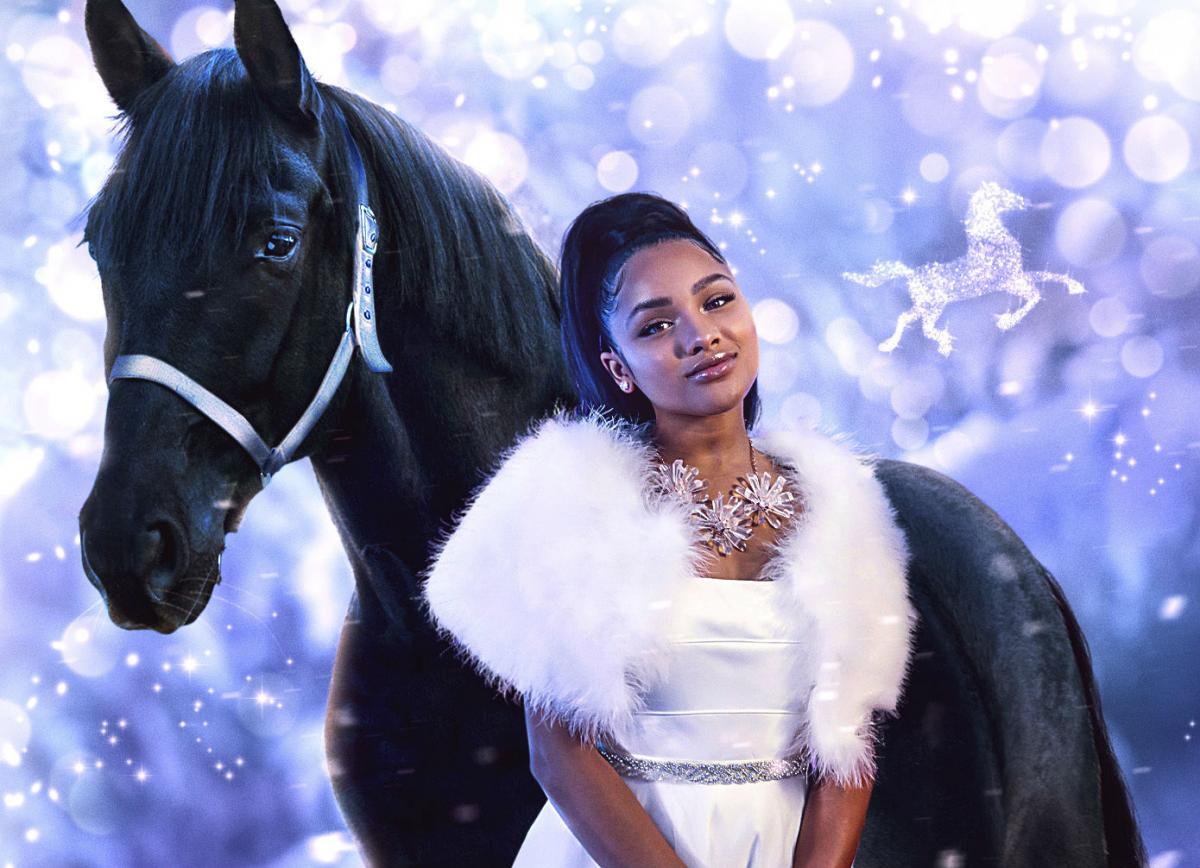 ‘Free Rein’ is a beautiful coming-of-age drama created and written by Vicki Lutas and Anna McCleery. This British series debuted with all of its 10 episodes on Netflix on June 23, 2017. Produced by Lime Pictures, its season 2 premiered on July 6, 2018. Following this, two feature-length episodes were also released — a Christmas special named ‘Free Rein: The 12 Neighs of Christmas’, which aired on December 7, 2018, and ‘Free Rein: Valentine’s Day’, which was released on February 1, 2019.

Overall, the show has received quite well, both by the general audience and critics. What seems to have clicked is the feel good vibe of the show that allows families to watch it together. Not to mention, animal lovers have also found ‘Free Rein’ worth their time.

Free Rein Cast: Who is in it?’

‘Free Rein’ stars Jaylen Barron as Zoe Phillips. Zoe, aged 15, is originally from LA but comes to spend her summer with her mom who lives in a quaint island, somewhere in England. This is where she meets a mysterious horse named Raven and develops a touching bond with her.

Freddy Carter features as Pin, a strange, brooding stable boy and Zoe’s future love interest. Later episodes reveal that he is a duke, after which he inherits a huge fortune, buys Raven and becomes the owner of Bright Fields Stables Manpreet Bambra enacts the role of Jade. Logical and practical, she is also Zoe and Becky’s best friend. Kerry Ingram is the dreamy and hyper Becky, who does a part-time job at The Barley Bag Cafe.

Bruce Herbelin-Earle stars as Marcus Greenbridge, a well-groomed, handsome, and popular rider and trainer at Bright Fields. He also dates Zoe for a while before she gets together with Pin. Céline Buckens features as Mia, Zoe’s rival, who later becomes her friend. Navia Robinson enacts the role of Zoe’s younger sister, Rosie and Natalie Gumede features as Maggie, Zoe’s fiercely protective mom. Caroline Ford stars as Sam, the owner of Bright Fields and also an experienced trainer. Noah Huntley is Mia’s wealthy father, Elliot MacDonald. Geoffrey McGivern portrays the character of Frank, Maggie’s dad.

Free Rein Plot: What is it about?

The major events of ‘Free Rein’ take place in and around a fictional island off the coast of England — a location which is based on the Isle of Wight. It introduces us to an American teen named Zoe, who comes to spend her summer holidays on this spectacular island. After she arrives here, she stays at Bright Field Stables. This is where she meets the mysterious horse Raven. And thus starts a precious friendship between Zoe and Raven.

The bond gradually grows stronger with each passing day and starts having a deep impact on Zoe. She begins to face her issues and attempts to discover new relationships. Filled with inspiration and hope, ‘Free Rein’ tells us that life is all about falling down and picking ourselves up again … and again … yet again. The story also progresses to uncover a thrilling mystery, with Zoe using all her determination to sharpen her riding prowess. Along with it, she also discovers her passion for horses and her strength to battle all of life’s challenges.

Free Rein Season 4 Release Date: When will it premiere?

‘Free Rein’ season 3 premiered on Netflix on July 6, 2019. The third season consists of 10 episodes like its predecessors and picked up the story after the events shown on the Valentine’s Day special. People who were drawn to the series because of its equine angle in the first place, won’t be disappointed with the third season because there are plenty of scenes of horses and riding, especially those featuring Raven. And those who got hooked on to the show because they could watch the show with their family also would find the third season pleasing.

As far as the next season goes, we don’t have an official announcement yet. Though considering the show has consistently performed well across all age groups, we would be surprised if it doesn’t get another season. Our best guess is that if the show does get renewed, ‘Free Rein’ season 4 can release sometime in July 2020. We will update this section as soon as we hear more.

While we wait for an update on ‘Free Rein’ season 4, check out the season 3 trailer to refresh your memories. If you haven’t seen the show yet, head over to Netflix to catch all the episodes of the previous seasons.