When Will Full Frontal with Samantha Bee Season 5 Premiere on TBS? 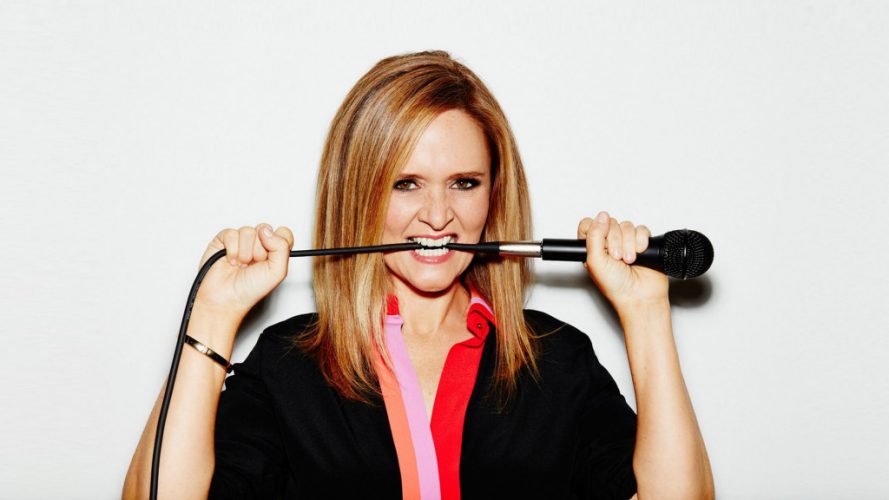 ‘Full Frontal with Samantha Bee’ is a late-night talk television series that TBS airs in America every Wednesday. The talk show, which is hosted by comedian and former ‘The Daily Show’ correspondent Samantha Bee, saw Season 1 air on February 8, 2016. The 39-episode season lasted an entire year, with the finale being aired on February 8, 2017.

Created by Samantha Bee, and directed by Paul Pennolino and Andre Allen, ‘Full Frontal with Samantha Bee’ returned just days later with the 33-episode Season 2, which ran from February 15, 2017, to January 30, 2018. In the same month, TBS renewed the show for a third and fourth season, with Season 3 running from February 7, 2018, to January 30, 2019. Subsequently, in February 2019, TBS began airing Season 4 of the show.

Now, after being renewed for four seasons, the next question is, will there be a ‘Full Frontal with Samantha Bee’ season 5? We will delve into that question but first, let’s quickly look into the details of the series.

Who’s the host of Full Frontal with Samantha Bee?

The series is hosted and written by Samantha Bee who is the main cast member and the first woman to host a late-night satire TV series. A person who boasts many talents, Samantha Bee is a Canadian-American comedian, writer, producer, actress, and political commentator. Bee makes a comeback to host season 5 of the show as well.

Unlike any other late-night show or series, ‘Full Frontal with Samantha Bee’ is not a typical talk show. Every episode brings with it a parade of celebrity guests.

Samantha Bee’s manner of reflecting on political and cultural issues, her sharp interviewing skills, and her conversations with world leaders are some of the main reasons for the success of the show, which enjoys critical acclaim. However, Bee’s political satire and addressing of many pressing issues have understandably not been well received by audiences across the political spectrum. The show has been embroiled in other controversies too.

For instance, one episode of the show comments that OUTSET magazine writer Kyle Coddington has “Nazi hair”. However, it was later found that Coddington had cancer and was undergoing chemotherapy. While the showrunners immediately apologized and contributed to his medical expenses, Coddington refused to accept the apology.

In another episode, Bee courts controversy by criticizing the Trump administration’s stringent immigration policy, and calling Ivanka Trump a hypocrite. The ensuing backlash resulted in the show losing two of its advertising partners, and even White House Press Secretary Sarah Sanders demanded that Bee and TBS take action. Subsequently, both Bee and TBS apologized for the controversial episode.

Yet, these controversies did not stop critics from praising the show. ‘Full Frontal’ is “Certified Fresh” on Rotten Tomatoes, and enjoys a perfect score of 90%. Among audiences, however, the story is different. The show is rated an average 5.5+/10 on IMDB, but one can deduce that this very average rating is a result of the controversial comments which are often made in the show.

Full Frontal with Samantha Bee Season 5 Release Date: When will it premiere?

‘Full Frontal with Samantha Bee’ season 1 premiered on February 6, 2019, on TBS. Going by the conclusion trends of its predecessors, it should wrap up sometime in January 2020.

Now, the question is, will there be a fifth season? Well, here’s some good news. TBS has already announced that the show has been renewed for another installment. Bee expressed her excitement regarding the renewal, saying, “I’m beyond grateful for the opportunity to continue doing this show for another season. Excited to still be at it when Trump finally gives up the presidency at the end of his fifth term, January 2036. I heard he’ll be leaving to spend more time with his family. JK JK.”

The creators have not come up with an exact air date yet. But if everything goes as planned and TBS follows its ongoing release trend, ‘Full Frontal with Samantha Bee’ season 5 should premiere sometime in February 2020.

Owing to the fact that ‘Full Frontal with Samantha Bee’ is a talk show focused on political comedy and current affairs, we think it is unlikely that TBS will pull the plug on it anytime soon. Further, if the awards won by the show are anything to go by, it would appear that the title is creating the splash that any network would want. By courting controversy every now and then with its political commentary, the show is bound to be in the spotlight, and that means publicity for TBS — for a long time in the near future.

While we await news about Season 5, here’s a glimpse into the first episode of Season 4, which provides commentary on US President Donald Trump’s State of the Union address. For further clips, you can also head to the show’s official YouTube channel.