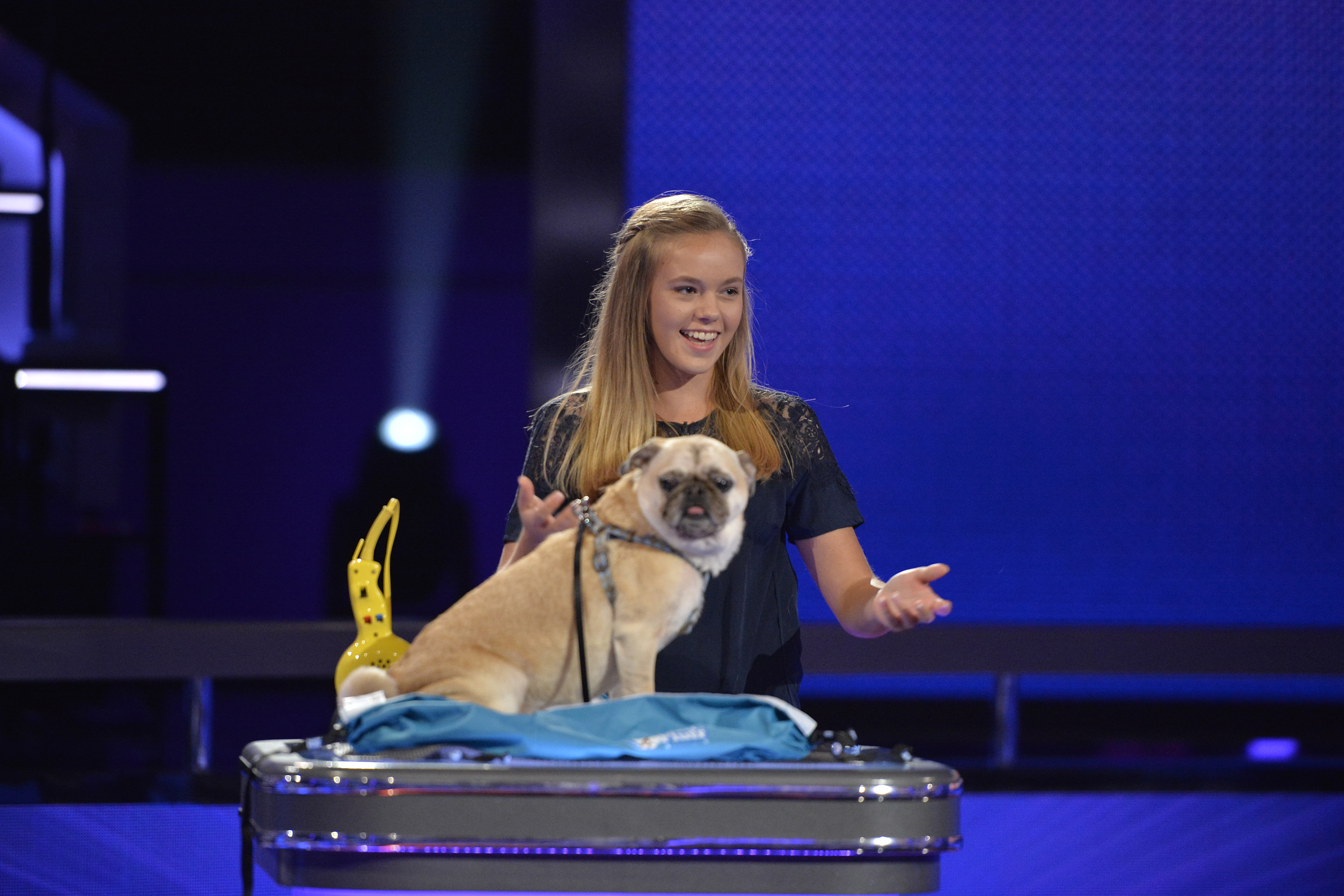 ‘Steve Harvey’s Funderdome’ is a seed-funding reality competition that first premiered on ABC on June 11, 2017. Produced by MGM Television and UAMG Content, LLC, it credits Mark Burnett, Leslie Garvin, and Barry Poznick as the executive producers. This show, geared toward entrepreneurs, pits two aspiring businessmen against one another. They need to present their ideas and win over the live audience present in the studio. The one who succeeds in getting the majority of votes is declared as the winner and walks away with grand prize money, which they can use to further their dreams.

Who’s the Host of Funderdome?

‘Funderdome’ is hosted by comedian, tv host, producer, radio personality, actor, and author Steve Harvey. He presents ‘The Steve Harvey Morning Show’, ‘Celebrity Family Feud‘, ‘Family Feud’, the ‘Miss Universe’ pageant as well as Fox’s ‘New Year’s Eve’. Harvey has also authored multiple books, including ‘Act Like a Lady, Think Like a Man’ and ‘Straight Talk, No Chaser: How to Find and Keep a Man’. A six-time Daytime Emmy Award winner, he is expected to host season 2 as well, if and when that happens.

The first 13-episode season of ‘Funderdome’ features a fresh batch of aspiring entrepreneurs. They introduce new ideas and product companies like a teething mitt, a necktie that can hold cans and bottles, a microwaveable popcorn bowl, etc. The inventors have to pitch their products in order to gain votes from the audience. The audience is represented as a customer, and they have the right to choose a winner.

As the customer is always right, they play the main role in determining the winners. The entrepreneurs have to go through multiple difficult situations. One of them is allowed to take cash and return home with a small amount of money, but if they cash out, they lose the opportunity to win the whole amount of prize money. In this show, two new entrepreneurs have to gain funds from the live studio audience. In order to get seed funding, each entrepreneur has to gain votes for their project from the audience. Each show contains three competitions between entrepreneurs where they have to compete for seed funding from 10,000 dollars to 100,000 dollars.

The participating entrepreneur has to go through a short question and answer round with Steve Harvey. After pitching and answering Harvey, they have to wait for the audience’s votes. The competitors also need to decide if the live audience has liked their ideas or not. The audience will vote on the idea or product they want to see funded in the show. Later, the winner is revealed according to the audience’s poll.

But there is a twist; both the inventors (competitors) are given an opportunity to cash out a particular value. The cash out button is placed on the stand. The amount keeps on increasing and decreasing at the same time, so the contestant has to hit the button before the timer stops. They are offered 5 to 25% of the amount, but Steve Harvey, at times, reveals the percentages of the audience vote before the entrepreneur gets a chance to cash out.

To summarize, a participant can face three different outcomes. If neither of them chooses to cash out, the winner gets the whole prize money while the loser returns home with nothing. If the prospective losing party cashes out, he/she does not win the competition but gets some percentage of the cash prize. Finally, if the prospective winner cashes out, he/she gets only the cash-out amount and forfeits the entire prize amount. Meanwhile, the losing contestant returns with nothing.

Steve Harvey’s Funderdome Season 2 Release Date: When will it premiere?

‘Steve Harvey’s Funderdome’ season 1 premiered on ABC on June 11, 2017. After running for 13 episodes, it wrapped up on June 24, 2017. The first season gained more than 6.15 million viewers from all over the world. It had a 0.85 rating in the 18-49 demographic and gained an approval rating of 7.9 out of 10. Adopting a similar premise to that of ‘Shark Tank‘ and ‘The Toy Box’, it offers a promising start — not to mention Harvey’s charm, charisma, and spectacular track record. So, fans were hopeful that the show would get a renewal. Now, will it actually make a comeback?

Well, here is some good news. According to sources, it was announced in January 2018 that the show would be moving ahead with a second season. The much-awaited news came in an interview with executive producer Shane Farley who dished out sparing details on the upcoming season. “We are so proud of all of the hard work Steve and our staff bring every day to deliver a series different than anything else on daytime television,” said Farley. “We look forward to continuing to set ourselves apart in season two.”

So, yes, a new season is underway. When? ABC has not come up with an official announcement yet. But as per our best guess, Funderdome’ season 2 might premiere sometime in 2020. We shall revisit this section as and when we learn more.

While we wait for an update on ‘Steve Harvey’s Funderdome’ season 2 release date, check out the trailer for the first season below. You can also head to ABC if you wish to catch up on all the previous episodes from the series.