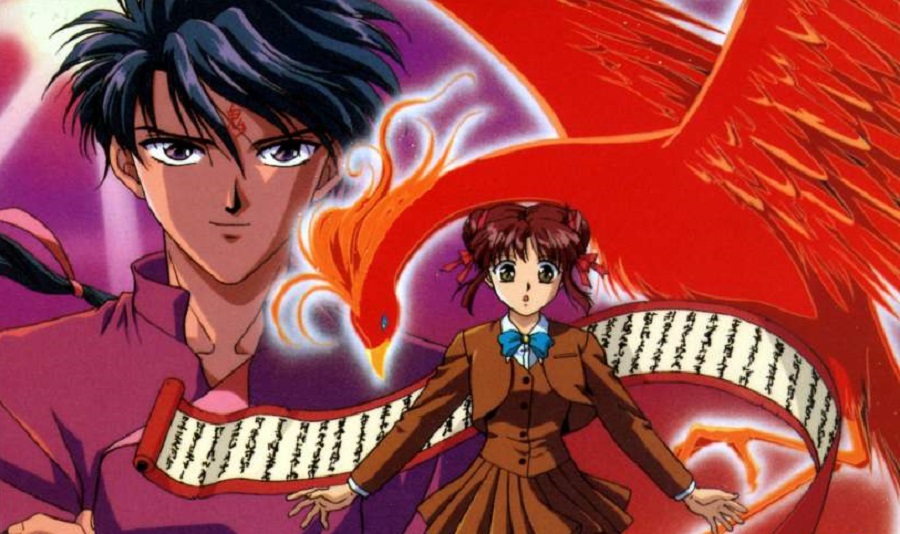 Being familiar with a vast array of Shoujo anime shows these days, for a modern anime viewer, ‘Fushigi Yuugi’ may not at all be too appealing. But considering that it premiered way back in the 90s, the series offers a lot of diversity by involving pretty much everything from action to romance to even comedy. It also wonderfully develops its characters and makes their struggles quite relatable.

When it comes to its animation quality, for obvious reasons, it will not be in par with most shows of today. But even then, it can be overlooked quite easily if you try focusing on the better aspects of this show. Though it may not be for everyone, ‘Fushigi Yuugi’ is a classic in its own way and is the perfect example of how an Isekai anime should be.

Fushigi Yuugi Season 2 Release Date: When will it premiere?

‘Fushigi Yuugi’ season 1 premiered on April 6, 1995 and with a total of 52 episodes, it ended on  March 28, 1996. This was then followed by a 3-episode OVA which aired from October 25, 1996 to February 25, 1997. Soon after this, the anime received two more sequel OVA seasons which premiered on May 25, 1997 and went on till June 25, 2002. Since ‘Fushigi Yuugi’ is a mix of many different anime genres, it was very well received by a vast array of anime viewers when it first premiered. Though it may not be as well known as other shounen classics of its time, it did acquire quite a huge fanbase of its own. But now, after almost two decades, it seems very less likely that it will return with a new season.

One major reason for this is that ‘Fushigi Yuugi’ came nowhere close to being as popular as the better-known long-franchises of its time. Anime like ‘Dragon Ball Z‘ and ‘Naruto‘ were first introduced to the world around the same time as ‘Fushigi Yuugi’ but these shows still have a massive fan following whereas ‘Fushigi Yuugi’ is only remembered by a few. Also, the anime had a fairly conclusive ending which dropped no cues for an entirely new season.

Back when this anime was first produced, Studio Pierrot was not that big of a name in the anime industry but now that the studio has many big projects under its belt, it seems very less likely that it would ever return to a mediocre show that is more than a decade old. So in conclusion, ‘Fushigi Yuugi’ season 2 will never happen, but you can still check out other similar long-running anime shows that premiered in the 90s.

Aa of now, an English Dub of ‘Fushigi Yuugi’ is not available but you can still stream it on Crunchyroll with its original Japanese audio and English subtitles.

Miaka and Yui, the two main protagonists of the show,  meet at the library one day and come across a very weird book titled “The Universe of the Four Gods”. Upon perusing it, the two of them get magically summoned to the ancient lands of China. Yui is shipped back to this present reality very quickly, yet Miaka gets herself the Priestess of Suzaku. Miaka is bound to assemble the seven Celestial Warriors of the god Suzaku so as to call Suzaku and acquire three wishes. She goes absolutely gaga for the Celestial Warrior Tamahome, who, in the long run, responds to her proposal and Miaka’s craving to utilize one of the wishes to enter her preferred secondary school starts to diminish as she now feels more inclined towards figuring out how to be with Tamahome.

Yui is likewise brought into the book when she attempts to help Miaka to return to this present reality. Unfortunately for her, she turns into the Priestess of Seiryuu which neutralizes her feelings of envy towards Miaka’s new lover and also allows her to seek retribution for the mortification and agony she had endured when she initially came into the book’s reality.

Yui Hongo, the Priestess of Seiryuu, is a keen and smart young lady who is a tenth-grade student and is also Miaka’s closest companion. Full of energy all the time, she will, in general, observe the world around her with a very different perspective and is enraged when she faces any form of disloyalty. Yui is certain and intense with all that she does, yet aches for somebody to depend on.

Yui is, at first, summoned to “The Universe of Four Gods” with Miaka, yet very quickly, comes back to her present reality. But later, with a twist of events, she gets caught in the book again while attempting to help her best friend come back to the present reality. Unfortunately for her, soon after this, a bunch of goons catch her and knock her out by hitting her head. Upon waking up, she begins to fear that she might have been assaulted. The thought itself depresses her so much that she tries to commit suicide.

This is when Nakago steps in and manages to persuade her that her best friend is liable for all of her present hardships. He further controls Yui into turning into the Priestess of Seiryu and persuades her that it will help her to render retribution on her friend who she trusted so much. With his actual intentions unknown to her, she excitedly concurs and vows to battle Miaka.

Miaka, who is Yui’s former best friend, is an active and idealistic young girl who usually agrees with the ones around her and always keeps her mind open. At the same time, she’s also quite bold and even shocks adults with her offensive yet truthful remarks. Being the thoughtful girl that she is, she always cares for the people around her. Since she makes the obvious impression of being the kind of individual who, in every case, needs support, unlike Yui, Miaka has the favorable luck of usually having somebody taking care of her. And even her vibrant personality is considered to be attractive by many boys around her.