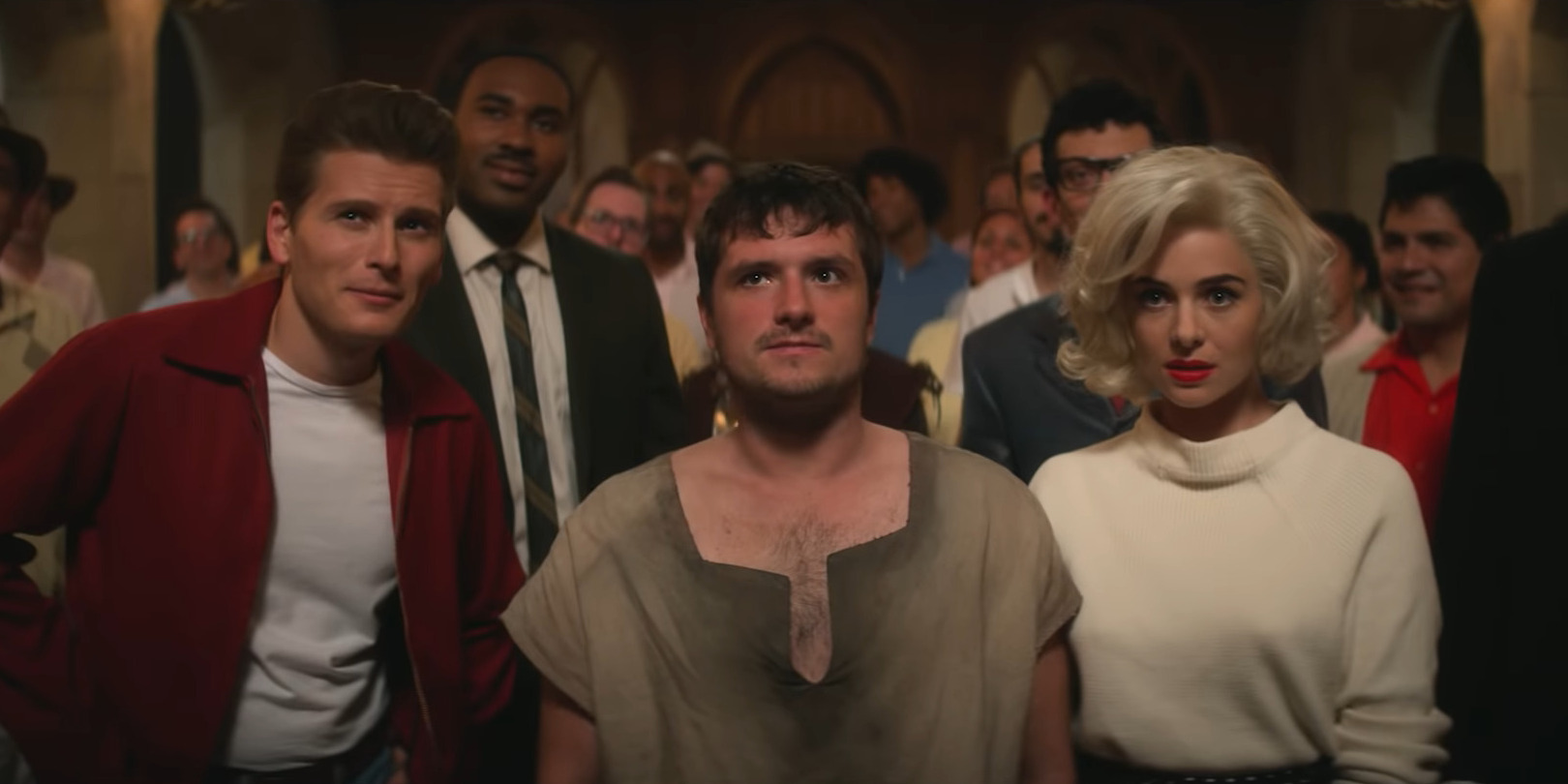 ‘Future Man’ is a sci-fi comedy series that follows Josh Futterman, a dispirited janitor, and gamer, as he is recruited by two characters from his favorite video game, to time travel and save the world from an apocalyptic future. Upon its premiere, the time-travel series was well-received by critics for its nostalgia-driven premise, morbid and puerile humor, pop culture references, and the chemistry between the leads. The fact that it’s in a similar vein as ‘The Hunger Games’ and ‘Back to the Future,’ adds to its popularity.

Over the course of three critically acclaimed seasons, the show has garnered a decent fan-base. If you are a fan, you must be wondering: Will there be a ‘Future Man’ season 4? Don’t worry, we will walk you through all the details. Keep reading!

‘Future Man’ season 3 premiered on April 3, 2020, on Hulu, with a shortened season, comprising just eight episodes as opposed to its usual 13-episode run.

Unfortunately, the time-bending series failed to strike a chord with the mainstream audience and couldn’t manage to meet the network’s standard viewership expectations, which is frankly a shame. Therefore, Hulu decided to pull the plug on the show after airing its third and final season, which was announced in April 2019. So, here you go. Although it is disappointing, ‘Future Man’ season 4 stands officially cancelled.

Future Man Cast: Who is in it?

Josh Hutcherson stars as Josh Futturman, a whiny and put-upon janitor of a medical research facility who spends most of his time playing video games. Josh is widely known for his performance in ‘The Hunger Games,’ along with ‘The Kids Are All Right.’ ‘Happy Endings’ star Eliza Coupe and ‘Preacher’ actor Derek Wilson play Tiger and Wolf, two strong and intelligent soldiers from the future who ask Josh to help them in preventing the destruction of the world. ‘This Is the End’ fame Seth Rogen plays the sadistic jailer Susan while ‘The Sixth Sense’ fame Haley Joel Osment stars as Stu Camillo.

Future Man Plot: What is it About?

‘Future Man’ is about Josh Futturman, who successfully completes his favorite video game, Biotic Wars. Out of nowhere, the game’s two main characters, Tiger and Wolf, seek Josh’s help to save the planet from the real Biotic Wars. They travel through time in an attempt to change the future. Season 2 ends with Tiger, Josh, and Wolf being arrested and taken to a prison in the year 3491, where they come across a ruthless jailer named Susan, who sentences them to “death by entertainment” for their incessant tampering with multiple timelines. After proving their friendship, Josh, Wolf, and Tiger receive the shock of their life when Susan reveals their adventures to be a part of a pre-game show which has earned them the right to partake in a futuristic Running Man-esque competition, called Die-Cathalon, wherein they will have to put their survival skills to test.

Since they have now become fugitives, in season 3, Tiger, Josh, and Wolf use all the available resources to go on multiple adventures, jumping from one timeline to another, to clear their names and prevent themselves from being captured by Susan’s cold-blooded time-cops. Taking inspiration from ‘Back to the Future’ and ‘Bill & Ted’s Excellent Adventure’ the season also showcases the trio interacting with historical figures like Mahatma Gandhi, Abraham Lincoln, Bruce Lee, among many others. Susan is the main antagonist who does everything in his power to stop the trio from fulfilling their mission to detangle the timelines. The third season continues to shower fans with Wolf’s video-game character-esque voice, Tiger’s straight-faced delivery, and Josh’s pop-culture and gaming knowledge.