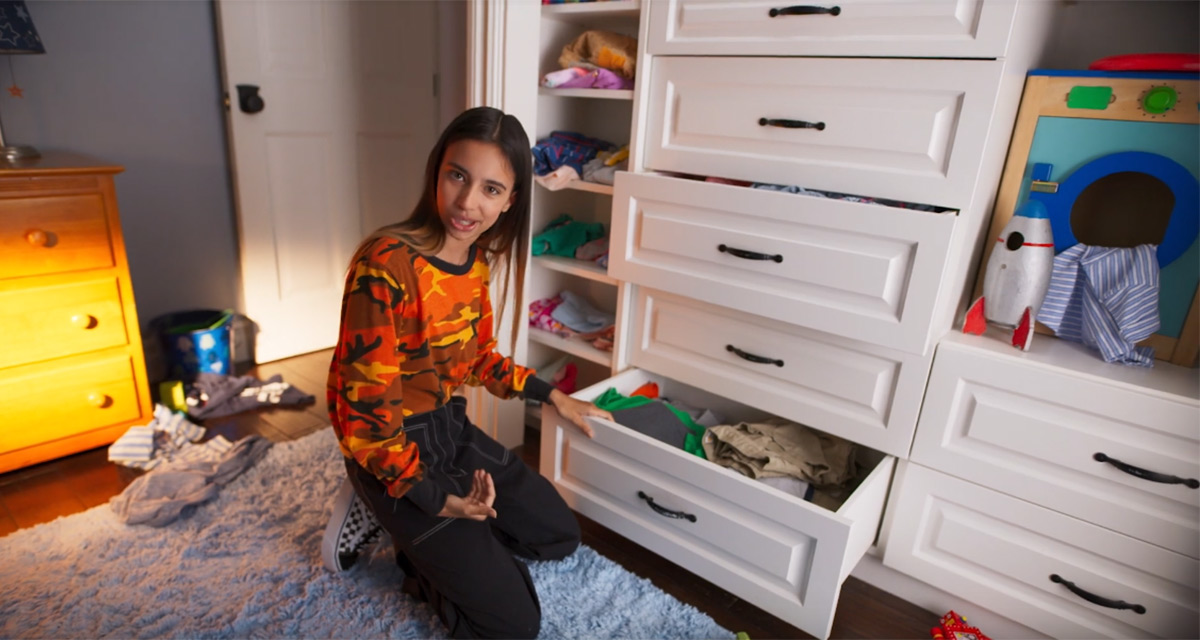 ‘Gabby Duran & the Unsittables’ is a live-action comedy series that airs on Disney Channel and is inspired by the eponymous novel, written by Elise Allen and Daryle Conners. It is centered around the titular character, Gabby Duran, who has constantly led an unassuming life, under the shadows of her highly successful mom and extremely talented younger sister. However, she gets a chance to prove herself when she receives an assignment to babysit a group of unruly alien kids. Gabby must use this opportunity to prove that she is the best babysitter in the galaxy. She also must protect these extraterrestrial children and their secret identities since they are living in earth disguised as humans.

‘Gabby Duran & the Unsittables’ is co-written by Mike Alber, Gabe Snyder Alber, who also happen to be the showrunners of the series. Dina Hillier, VP of Original Programming for Disney Channels Worldwide, shared her excitement about the show, saying, “We can’t wait to introduce Disney Channel viewers to Kylie Cantrall who brings our courageous hero Gabby Duran to life.” She further added, “Following Gabby on her babysitting adventures will show kids that anyone, when given the chance, can achieve greatness. Gabe and Mike have written a truly unique character and together with Nzingha and Joe have created an exciting new universe for our audience.”

Gabby Duran & The Unsittables Cast: Who is in it?

YouTuber, actress, and musician Kylie Cantrall stars as the protagonist Gabby Duran, a daring, smart, and resourceful 13-year-old girl who jumps in to take up the challenging task of babysitting a bunch of rowdy alien children. Cantrall is best known as the host of the YouTube show, ‘Hello Kylie’, where she has previously interviewed musicians, including Pentatonix, Matty B. and Jordyn Jones, among others. Her own music videos include ‘Snake’, ‘Feature from Quavo’, ‘Abraca DAH Brah’, ‘Sleep is for Suckas’, and ‘That’s What I’m Talkin’ Bout’. Cantrall’s acting credits comprise guest appearances on Disney’s shows such as ‘Bizaardvark‘ and ‘Raven’s Home’.

Gabby Duran & The Unsittables Plot: What is it about?

Gabby Duran is a pre-teen girl who feels that she is always outshined by her polished, modern, and successful mother Dina. She is also continually overshadowed by her whip-smart and talented younger sister Olivia. Desperate to prove herself, Gabby finally gets a chance to shine when she is chosen to babysit an unruly group of VIP extraterrestrial children. After all, even aliens need a helping hand with their kids. But this is a sensitive mission. Since these aliens are living secretly on the planet, disguised as humans, Gabby must not only look after the children but must also be careful in hiding their identities. However, the daring and bold Gabby accepts the challenge with a goal to emerge as the best babysitter in the galaxy.

‘Gabby Duran & the Unsittables’ stays close to the material of its source book but there are slight differences. For instance, the Gabby in the novel is a goody two-shoes who excels in her job. In the series, Gabby is a slight troublemaker who is, of course, polite and well-mannered but does not hesitate to bend the rules a little. She may not be an expert at her job but through her wit and resourcefulness, always finds a way to save the day. And this change is good. Because her various mishaps manage to keep the viewers entertained. There are many humorous scenes where Gabby has to adjust to the way of life in this new town populated by aliens. Sometimes, she also whips up a rebellious attitude in order to be sent back to her old hometown.

Gabby Duran & The Unsittables Season 1 Release Date: When will it premiere?

‘Gabby Duran and the Unsittables’ season 1 premieres on Disney Channel on October 11, 2019, at 9 PM. It follows a weekly schedule, airing one episode every Friday at the same time slot. Its total run for the first season consists of 20 episodes.

You can check out the official trailer for ‘Gabby Duran & The Unsittables’ season 1 below: