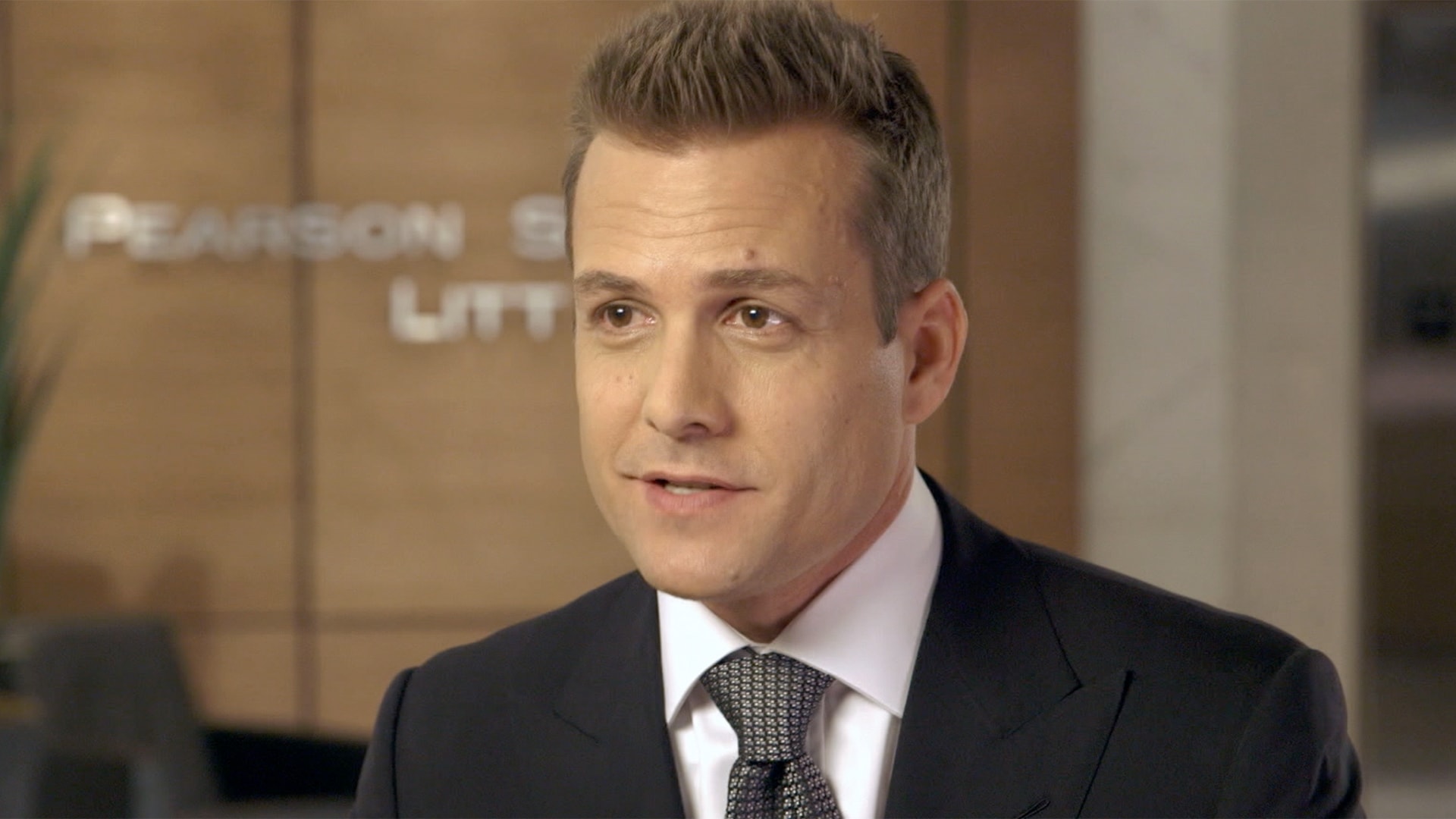 As an 8-year-old, Gabriel Swann earned a nomination for the Best Young Motion Picture Actor Award in 1980 for his performance in the comedy-drama ‘Why Would I Lie?’. As he moved on from a child actor to a star, he dropped the moniker and donned his birth name, Gabriel Swann Macht. Born as the son of actor Stephen Macht, acting was more like a way of living than a career choice for Gabriel Macht. Acting chose him before he picked up the profession himself. But his parents wanted their son to become a lawyer or a physician. In a previous conversation, the actor reflected upon his childhood days spent in California: “My father … had a bunch of his actor friends around,” he said. “There was a lot of hanging out and having coffee and all this stuff.”

They used to fool around with the boy who was an ardent fan of movies and used to surprise them with a quirky dance number of a song. The actor remembered how his father’s friends used to start cracking up even before he concluded his “show.” The claps after each performance encouraged him to take up acting on a more serious note. Macht went straight to Carnegie Mellon School of Drama in Pittsburgh after graduation to study acting. A short stint with the New York-based Mad Dog Theater Company helped him to test the waters as a professional stage actor. He appeared in theater productions like ‘To Whom It May Concern’ during that time. His additional theater credits include ‘Picasso at the Lapin Agile,’ ‘Turnaround,’ ‘La Ronde,’ and ‘What the Butter Saw.’

In 2001, the actor got two breakthrough roles one after another. He played the character of Frank James in the Western flick ‘American Outlaws’ directed by Les Mayfield. He also played a major role in the 2001 film ‘Behind Enemy Lines.’ Macht emerged as a prominent actor with the highly acclaimed neo-noir film ‘The Spirit; directed by Frank Miller. He played the titular role of Denny Colt a.k.a. The Spirit, a former young policeman who gets killed in action and is reborn as a masked crusader who has a weak heart when it comes to women. Though the superhero flick sank at the box office without a trace, it picked up a cult following over the years.

Macht also tasted critical success with the 2010 romantic-comedy ‘Love & Other Drugs’ directed by Edward Zwick. The actor played the role of Trey Hannigan in the movie alongside Jake Gyllenhaal and Anne Hathaway, who received Golden Globe nominations for their performances. Macht later fulfilled his parent’s dream of making their son a lawyer with the USA Network’s legal drama series ‘Suits.’ His other major works include ‘The Good Shepherd,’ the NBC series ‘The Others,’ in which he played the lead role of Dr. Mark Gabriel, ‘A Love Song for Bobby Long’, ‘Because I Said So,’ and ‘The Recruit.’ At this point you must be wondering what is the next Gabriel Macht movie or TV show? Well, here’s the list of upcoming Gabriel Macht films and TV shows scheduled to release in 2019 and 2020. We can only hope that the latest Gabriel Macht movies would be as good as some of his recent ones.

Harvey Specter is aggressive because he is always insecure; Harvey Specter is intolerable because people just can’t stand him for a long time. Yet, followers of the USA Network original series ‘Suits’ cannot imagine a series without its central character. Gabriel Macht, who has been playing the iconic character in the legal drama series from 2011, has immortalized Specter over the 9 season-run. ‘Suits’ follows Specter, one of the top corporate lawyers in Manhattan, and his recruit Mike Ross, a genius college dropout who becomes Specter’s legal prodigy without attending law school. As time goes by, both powerful men of the Pearson Darby Specter law firm find themselves on the opposite sides of a battle which sparked untimely exits and caused unhealed wounds.

Season 8 wrapped up with Mike leaving the firm along with Rachel Zane after their marriage. But the recently released trailer for the upcoming ninth and final season reveals Mike’s returning from exile, apparently to give a hand to Harvey Specter and Louis Litt to save the tarnished reputation of their law firm. The 10-episode final season will also reveal what comes of the relationship between Specter and his secretary Donna, who came to terms with their hidden feelings for each other in season 8 finale.

The official synopsis reads, “Season 9 will follow the legendary lawyer and COO balance their relationship with work, as they fight to salvage the firm’s tarnished reputation alongside their partners.” The first look also hints at the partners, Louis Litt, Alex Williams, Katrina Bennett, and Samantha, fighting tooth and nail alongside Specter and Donna to save the firm from collapse and embarrassment. The synopsis also assures that the ninth season will scrutinize the personal lives of the main characters more comprehensively than the previous seasons. The introspection mode of the narrative will culminate in a grand finale in which everyone will come to terms with their destinies after realizing what types of legal professionals they want to be.

Apart from Gabriel Macht, the upcoming season also features Patrick J. Adams as Mike Ross, Rick Hoffman as Louis Litt, Sarah Rafferty as Donna Paulsen, Amanda Schull as Katrina Bennett, Dulé Hill as Alex Williams, and Katherine Heigl as Samantha Wheeler. Along with playing the central character, Macht has directed some of the episodes every now and then and executive produces the series along with Patrick J. Adams, Doug Liman and Dave Bartis. Created by Aaron Korsh, ‘Suits’ season 9 is set to air on July 17, 2019, on USA Network.