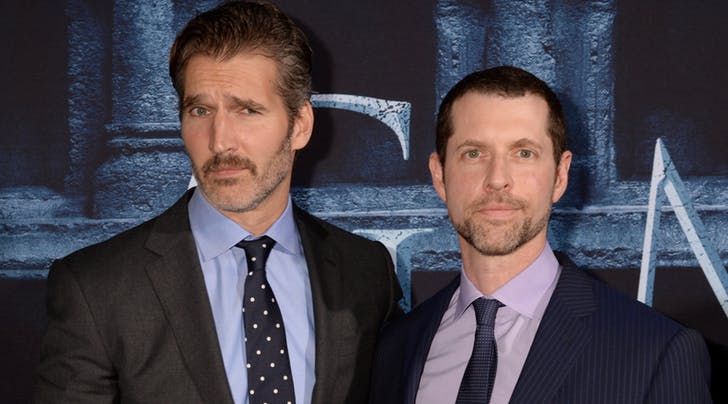 D.B. Weiss and David Benioff, the Emmy Award-winning creators of ‘Game of Thrones‘, have found their new home as the duo signed an exclusive deal with Netflix. The deal was brokered by Gretchen Rush, the longtime attorney of Benioff and Weiss, of Hansen Jacobson Teller. The Hollywood Reporter revealed that the exclusive deal is a $200 million multiyear deal for films and television shows that the duo will make for Netflix. Under the new agreement, they will obviously be leaving HBO and joining the streaming giants instead. The news was first reported by Deadline.

This news comes almost three months after it was confirmed that Weiss and Benioff were being courted by six studios to sign an overall global deal which would include writing, producing and directing new films and television shows. At the time the two were meeting about the deal, ‘Game of Thrones’ was wrapping up its final season. Weiss and Benioff met with Netflix, HBO/WarnerMedia, Apple, Disney, Amazon, and Comcast. However, by late last month, only Netflix, Amazon and Disney were in the running, and it is evident that Netflix has won.

The Chief Content Officer at the streaming platform, Ted Sarandos, confirmed as much, saying, “We are thrilled to welcome master storytellers David Benioff and Dan Weiss to Netflix. They are a creative force and have delighted audiences worldwide with their epic storytelling. We can’t wait to see what their imaginations will bring to our members.” Weiss and Benioff also added to this, saying, “We’ve had a beautiful run with HBO for more than a decade and we’re grateful to everyone there for always making us feel at home. Over the past few months we’ve spent many hours talking to Cindy Holland and Peter Friedlander, as well as Ted Sarandos and Scott Stuber. We remember the same shots from the same ‘80s movies; we love the same books; we’re excited about the same storytelling possibilities. Netflix has built something astounding and unprecedented, and we’re honored they invited us to join them.”

Notably, Benioff and Weiss have spent the last decade at HBO, completely focused on the groundbreaking series that is based on George R.R. Martin’s novel, ‘A Song of Ice and Fire’. Now the priority for the duo is to come up with another water cooler series, except this time, it will be for Netflix. ‘Game of Thrones’ won the Prime Time Emmy for a drama series the last three years the show was eligible for. It remains to be seen if Weiss and Benioff can create the same magic again. For those unaware, Weiss and Benioff are not the only big names to have gone over to Netflix. Other mega deals have been brokered with notable show creators like Shonda Rhimes and Ryan Murphy.

Before Weiss and Benioff begin to work exclusively for Netflix, they have some other obligations they need to fulfill, including creating, writing and producing one of the next ‘Star Wars‘ trilogies for Disney, working on a Kurt Cobain project with Universal, and adapting ‘Dirty White Boys’, a prison break story, for Fox/Disney. (Cover Image Courtesy: Jeff Kravitz/Getty Images)