Everything We Know About Game of Thrones Documentary ‘The Last Watch’ 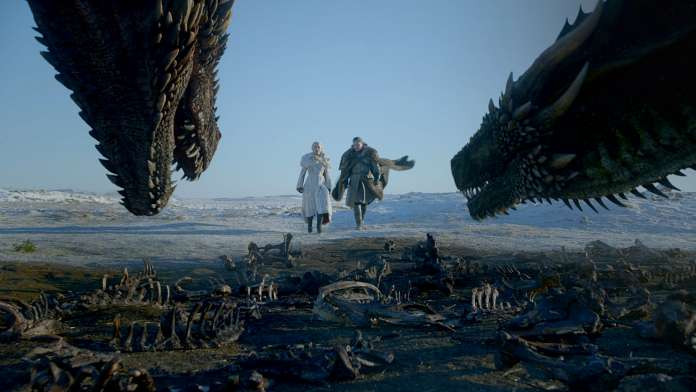 The ‘Game of Thrones’ mania and the nostalgia after the final season is done airing doesn’t seem to be prepared to die out anytime sooner. As if this being the final season of ‘Game of Thrones’ ever wasn’t enough, the makers of the show and HBO have announced an official 2-hour documentary that will be closing out the final season, extensively going behind the final season and its shooting in tough and demanding conditions. The series will also encompass what the journey has been about for makers, for the actors, and the entire cast and crew of currently the biggest show on the planet.

While I believe the ‘Game of Thrones’ prequel spinoff series will be the show’s attempt to keep things going, banking on the success of something so unprecedentedly big, after GoT departs with a hearty farewell, ‘The Last Watch’ documentary will simply be the makers’ way of saying a well-earned goodbye to the fans that have invested years in this series, practically living through with all the wars, twists, turns, deaths, character victories, and entire houses in the saga being born an destroyed in an instant. Looking back, it has been a turbulent and emotional journey, an epic one, and the documentary will charter all that and more as a befitting farewell to a revered television phenomenon.

What is the GOT Documentary About? 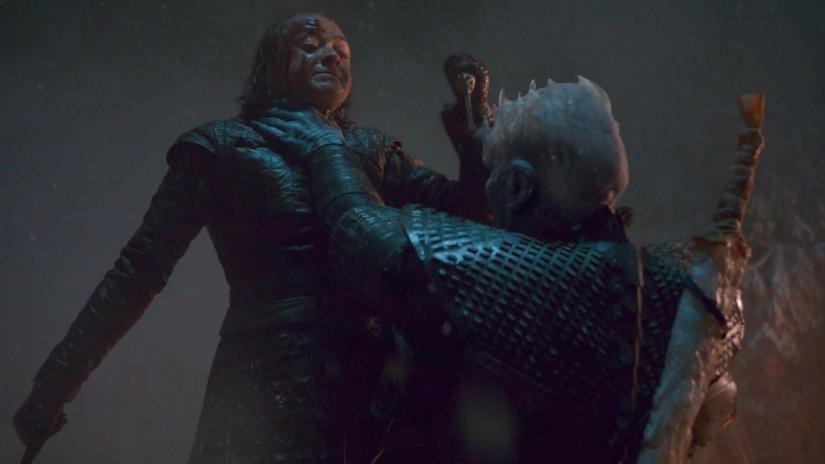 According to HBO, “the two-hour documentary Game of Thrones: The Last Watch delves deep into the mud and blood to reveal the tears and triumphs involved in the challenge of bringing the fantasy world of Westeros to life in the very real studios, fields and car-parks of Northern Ireland.Made with unprecedented access, The Last Watch is an up-close and personal report from the trenches of production, following the crew and the cast as they contend with extreme weather, punishing deadlines and an ever-excited fandom hungry for spoilers.Much more than a “making of” documentary, this is a funny, heartbreaking story, told with wit and intimacy, about the bittersweet pleasures of what it means to create a world — and then have to say goodbye to it.” I am already overcome by emotions I know I won’t be able to handle once the finale airs. 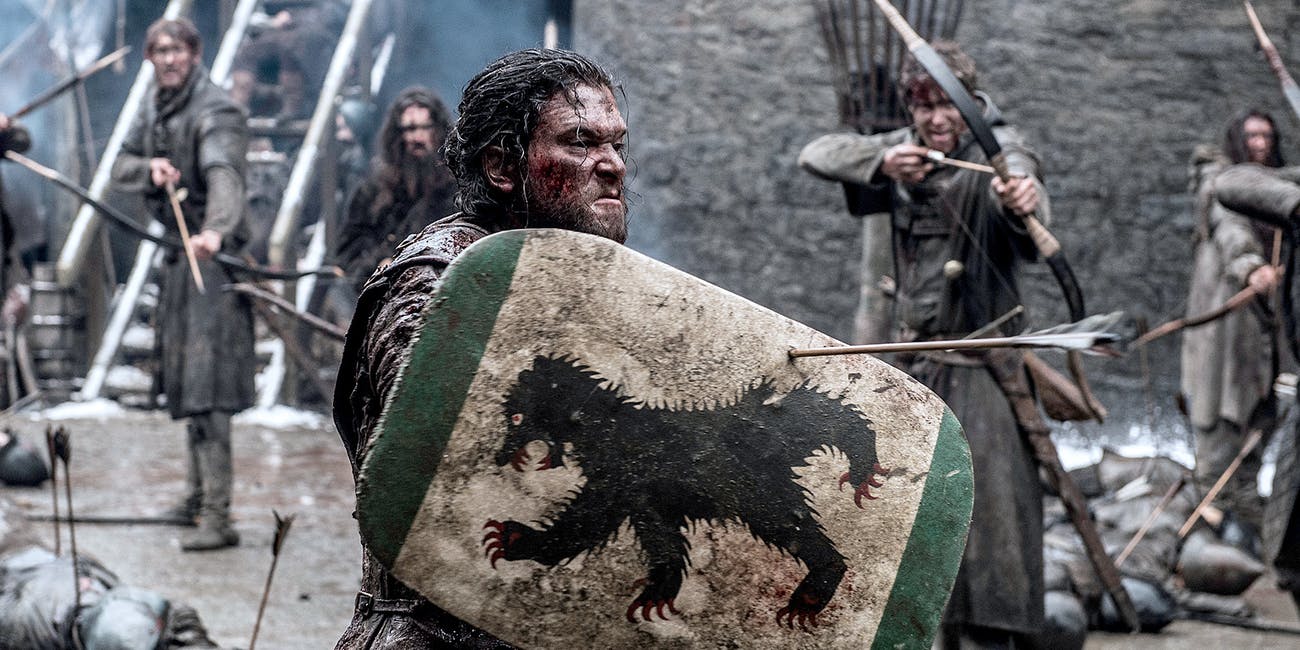 If you have seen any of the behind the scenes videos for even a single episode of ‘Game of Thrones’, especially the ones involving the major battles including The Battle of Blackwater or The Battle of The Bastards or the more recent ‘The Long Night’, you will realise that the makers are quite correct when they state the demanding conditions that they have had to set up shoots in. The medieval setting of HBO’s epic saga isn’t a cakewalk either: just scouting the correct locations for the houses of Westeros and their strongholds in the real world, some of them partially recreated in green screen has been a major, major task for the makers and the production crew. And look how fantastically all of that has played out! All in all, for the makers, the cast and crew, and for us fans, it is going to be a closure, one that we would absolutely demand (and need) once there is no more ‘Game of Thrones’ to look forward to.

When Does GOT Documentary Air? 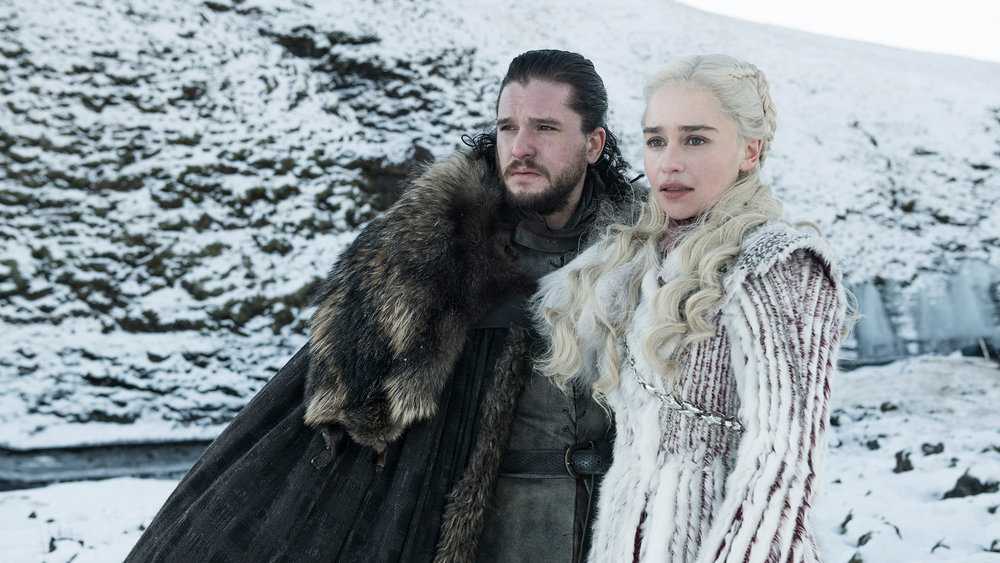 ‘Game of Thrones: The Last Watch’ documentary will air exactly one week after the finale of the eighth and final season of ‘Game of Thrones’, on  May 26, 2019 in the same slot as the show, 9 PM E.T. on HBO.

Where Can You Watch Game of Thrones Documentary Online?

The documentary will be available for watching and streaming on HBO’s ancillary channels including HBO GO, HBO NOW and HBO On Demand in the US. If you live in Canada, you can watch the Game of Thrones Documentary on Crave. If you reside in the UK, you can watch it online on Sky. Indian audiences can watch the show on Hotstar.

Game of Thrones Documentary Crew: Who is Behind it?

‘Game of Thrones: The Last Watch’ is being directed by acclaimed British filmmaker Jeanie Finlay who was, as the HBO claims “embedded” on the sets of the final season of ‘Game of Thrones’ as it was being shot, signifying that the documentary has been long in the works. The makers claim this to be the show’s most “ambitious and complicated” season yet, and it would seem absolutely necessary for a filmmaker to not only document the making but also be a part of the entire ordeal living through all of it. The talented director’s previous credits include the documentaries ‘Seahorse’, ‘Orion: The Man Who Would Be King’, ‘Pantomime’, ‘The Great Hip Hop Hoax’, ‘Sound It Out’and‘Goth Cruise’. This documentary would be her eighth feature length film. David Benioff and D.B. Weiss, the current showrunners, will be returning as executive producers, along with Bernadette Caulfield. The film is produced by Jeanie Finlay herself and Rachel Hooper.

Game of Thrones Documentary Cast: Who is in it? 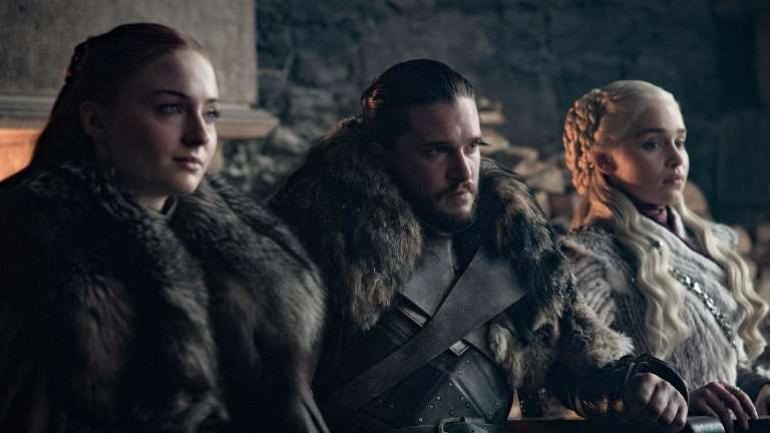 It is mostly a definite bet that all of the actors playing your favourite characters from the show, atleast those who made it to the show’s final season will make an appearance in the documentary, both behind the scenes, in character and in interview snippets, including Kit Harington (Jon Snow), Emilia Clarke (Daenerys Targaryen), Lena Headey (Cersei Lannister), NikolajCoster-Waldau (Jaime Lannister), Peter Dinklage (Tyrion Lannister), Sophie Turner (Sansa Stark), Maisie Williams (Arya Stark who has grown to be the player of the season up until now) among a host of others from the sizeable cast of characters this show has managed to assemble. I

MDb also confirms that the showrunners, David Benioff and D.B. Weiss would be in it, detailing what the journey has meant to them and what it took for them to create a whole new world for us fans, along with executive producers and co-producers Bernadette Caulfield, Carolyn Strauss, Frank Doelger, and it wouldn’t be a surprise if even the legend George R.R. Martin could show up in the documentary. While this was it for the players in the final season, the documentary will serve as a final farewell for the entire series. I am just imagining what it would be like if previous cast members could make an appearance too, including Natalie Dormer, Richard Madden and Jason Momoa(!) who is now a global movie star after the smash hit ‘Aquaman’. 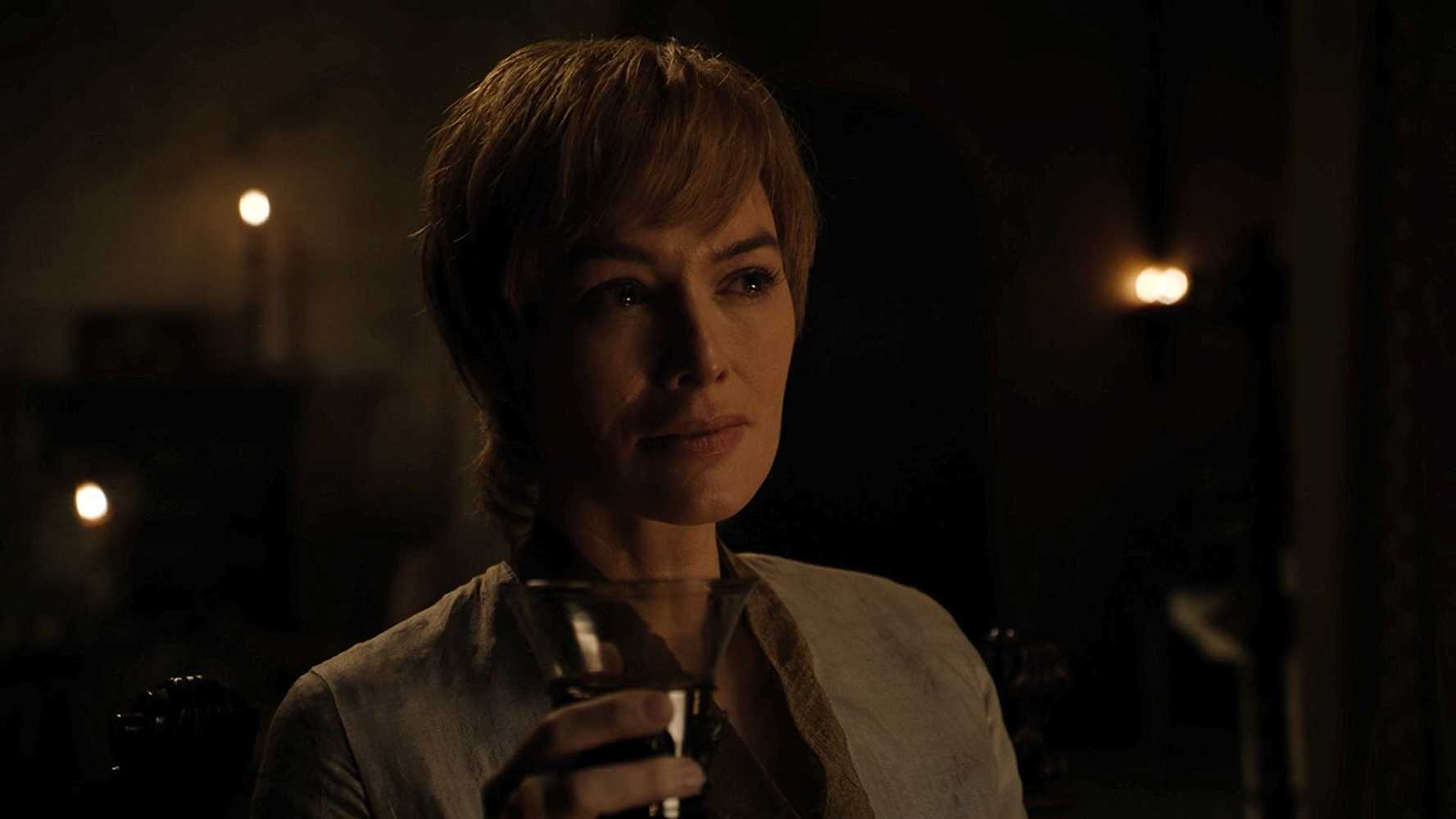 ‘Game of Thrones’ popularity also partly stems from the fact that despite the sheer magnanimity and quantum of characters involved in the production of this show, the writers and ofcourse George R.R. Martin from the books without whom none of this would have been possible, successfully and ably impart relevant and detailed stories and backstories to each one of them, such that the conclusion to their arc felt like the end of a journey. The documentary should hopefully be able to encompass all of that, and the emotions. To do so in its 120 minute runtime might be a task, but think of everything else that the show has accomplished. 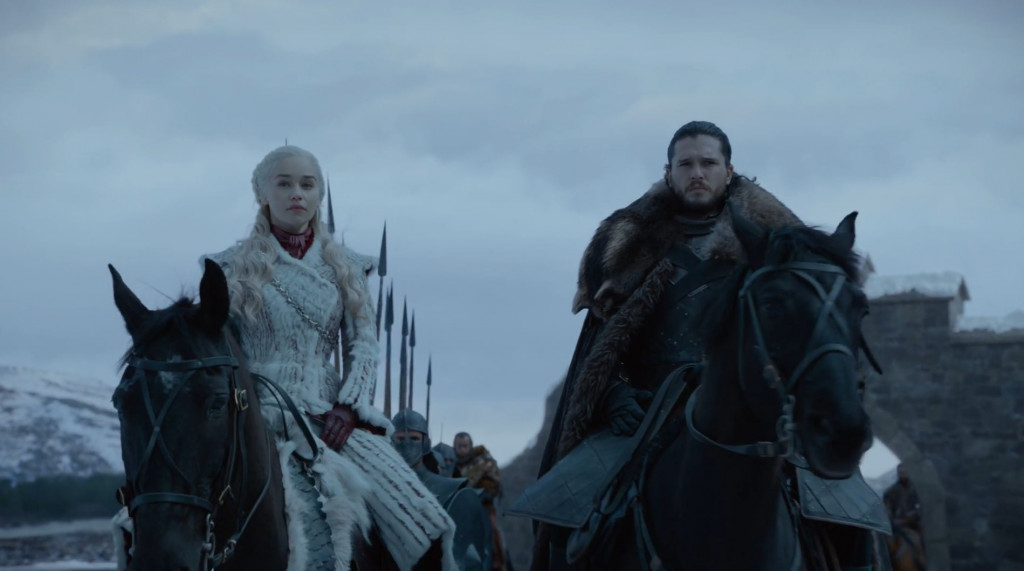 The final season of ‘Game of Thrones’ has been a rollercoaster ride. While we have been covering detailed recaps of individual episodes in separate write-ups, I must warn you of potential spoilers in this section while I discuss the journey that has been the final season of ‘Game of Thrones’. While there is absolutely no doubt that the final season lives up to the high benchmarks in terms of production standards set by the previous seasons, quality wise, this season is turning out to be quite turbulent, with critics and fans both divided over some of the most important and significant plot twists in the show, and the culmination of eight seasons worth of storylines.

The biggest episode, ‘The Long Night’, has been criticised as much as it has been loved, and while there can be no denying that it was excruciating for the entire cast and crew to shoot in a negative of 14 degrees in harsh geographic environs straight for two months, the final outcome, also criticised for some technical aspects (especially the lighting) didn’t quite turn out the powerhouse that it was supposed to be. I rated it more than favourably on my review (that you can catch here), but in a rare spat, some fans and I seemed to disagree.

There currently is no official trailer for the documentary that is all set for airing when this season ends, but HBO recently released a 10-minute video recounting the cast’s experience from the first season till the last, their best moments, their favourite co-stars, and the most shocking deaths for them. I can assure you that it is an emotional rollercoaster and really puts into perspective how far the series has come. Watch it here.

Until the documentary airs, you can also check out my reviews for the final season of ‘Game of Thrones’, here.