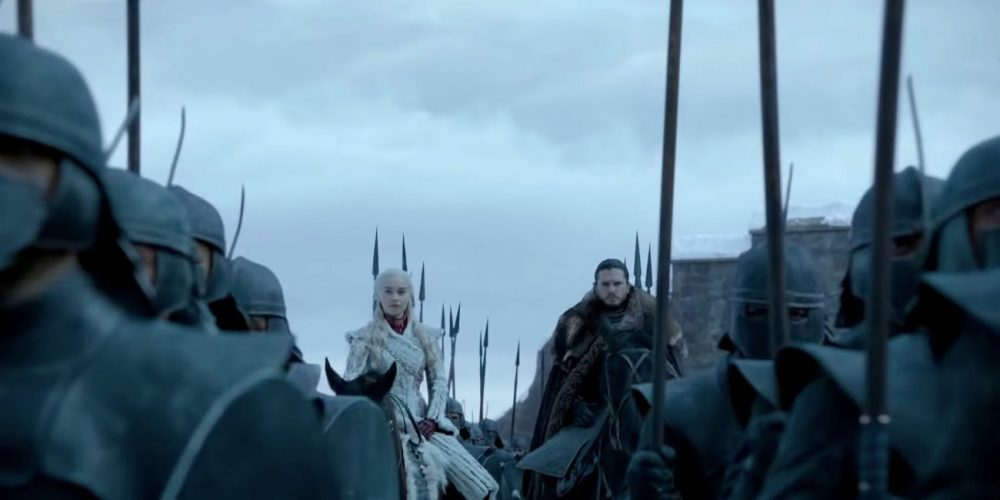 This appears to be pretty standard for ‘Game of Thrones’ episode lengths and goes very much against the speculations that had begun to run wild about some ‘super-sized’ episodes that would be coming to the HBO show for the final season. However, as the show airs on April 14 for the final time, it will decide that who gets to sit on the Iron Throne and whether the White Walker invasion can be survived. With such a high octane plot, the fact that Season 8 only has six episodes and the first two have runtimes lesser than an hour, is something that fans were none too pleased to know about.

While fans might be displeased, the recent reveal does correspond to the leaked runtimes of the show that we had gotten to know earlier. It stated that the first two episodes would be 60 minutes long and the remaining four would be 80 minutes long. Among these, ‘The Battle of Winterfell’, which is the third episode is pegged to have an epic runtime of 90 minutes. This episode will see the onslaught of the White Walker army on Winterfell, as the Northerners make an enforced stand along with Daenerys Targaryen and her army by their side. Possibly, the first two episodes will set the stage for the massive events that are to come in episode 3.

Those who are familiar with how the seasons of ‘Game of Thrones’ shape up will know that the tendency to build towards something big has been a common aspect ever since the show started airing. Usually, the show keeps building and reaches a point in the penultimate episode where a major twist or event serves as an unforgettable climax. The final episode then goes on to serve as a denouement. However, Season 8 is likely to take a slightly different route because we do not expect the final episode of ‘Game of Thrones’ to be a mere epilogue. It is much more likely that towards the end the loose ends will be tied up so it will definitely be fascinating to see how the show has been structured this time around.

While Season 8 is going to be the shortest among all the ‘Game of Thrones’ seasons, surprisingly, it carried with it the longest ever schedule for production in the history of ‘Game of Thrones’. Filming for the final season took place over a whopping period of eight months all throughout 2017 and 2018. Considering the herculean effort that went in from the cast and crew to make the final season a success, even if the first two episodes are lesser than an hour in terms of runtime, there is no doubt that the content on screen will reflect the amount of hard work that has been put into making the finale a pop culture phenomenon.