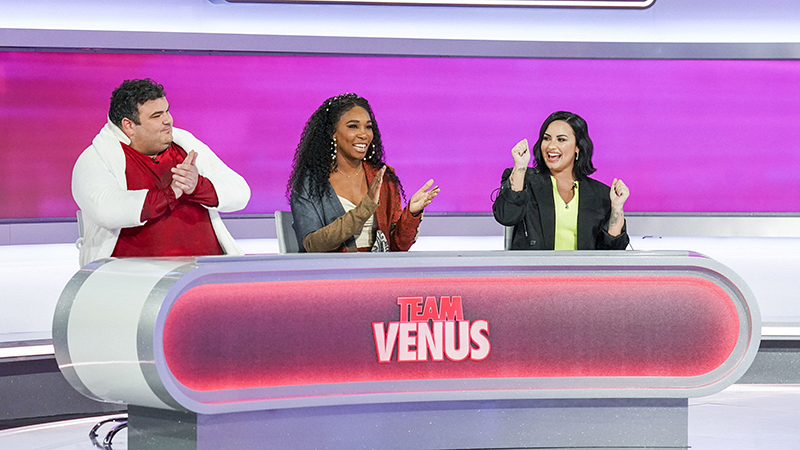 ‘Game On!’ is CBS’s hilarious and unpredictable game cum comedy show, created as a remake of the British series, ‘A League of Their Own’. It brings together an uncommon medley of world champions, celebrities, and comedians. They partake in outrageous challenges in two teams of three, captained by tennis champion Venus Williams and Super Bowl champion Rob Gronkowski. Joining them are comedians Bobby Lee and Ian Karmel. Each episode features two new guest stars and together, they compete in “over-the-top physical challenges, absurd trivia, and epic field competitions” — as outlined by CBS. While one team is the winner, the losing trio needs to “take the L” in an embarrassing punishment.

Well, with the COVID-19 pandemic currently having put almost all live sporting events on hold, fans were impatiently waiting for ‘Game On!’ to hit CBS. And it finally made its much-awaited premiere on May 27, 2020. Now, that the first episode is done and dusted with, let’s get to the details of the next episode.

‘Game On’ episode 2 will release on June 3, 2020, on CBS at 8 pm ET/ 7 pm CT. The celebrity stars appearing next week are Demi Lovato and Ronda Rousey.

Where to Watch Game On! Episode 2 Online?

New episodes of ‘Game On!’ will air Wednesdays at 8/7c. So, the best option is to tune in to your tv screens and catch the episodes live on CBS at the above time slot. Otherwise, you can watch ‘Game On!’ on CBS All Access, which is available on all iOS devices (iPhones, iPads, Apple TV), Android gadgets (phones, tablets, Android TV), TVs and connected devices, gaming consoles, and even smart home devices! Or simply visit CBS.com. All the episodes, following their tv premiere, will be available to stream on the website.

No cable? Well, there are a host of live-streaming, cable-free options as well. Hulu + Live TV offers CBS in its bundle; so it can be your first go-to platform. The second alternative is Directv. Otherwise, you can catch the episodes on Amazon Prime by adding CBS All Access to your subscription package.

The premiere episode of this goofy competition series sees Rob Gronkowski and Venus Williams captaining Team Gronk and Team Venus, respectively. While guest star comedian Gabriel Iglesias is a part of Team Gronk, basketball standout J.R. Smith is on Team Venus. We also meet Keegan-Michael Key who hosts the sports comedy entertainment show. The episode follows the crews as they compete in a variety of challenges, including kicking a field goal, a battle of strength, and a soccer drill with musicians Mark McGrath, Coolio, and Macy Gray. You can check out one of the crazy moments from the premiere on the show’s Twitter handle here!

That pretty much sums it up. #GameOn pic.twitter.com/1PxvmuE9PK

If you wish to know who was the final winner at the end, you should go watch the episode right now on any of the aforementioned platforms. No spoilers here!

Read More: Where is Game On Filmed?