Will There be a The Game Season 10? 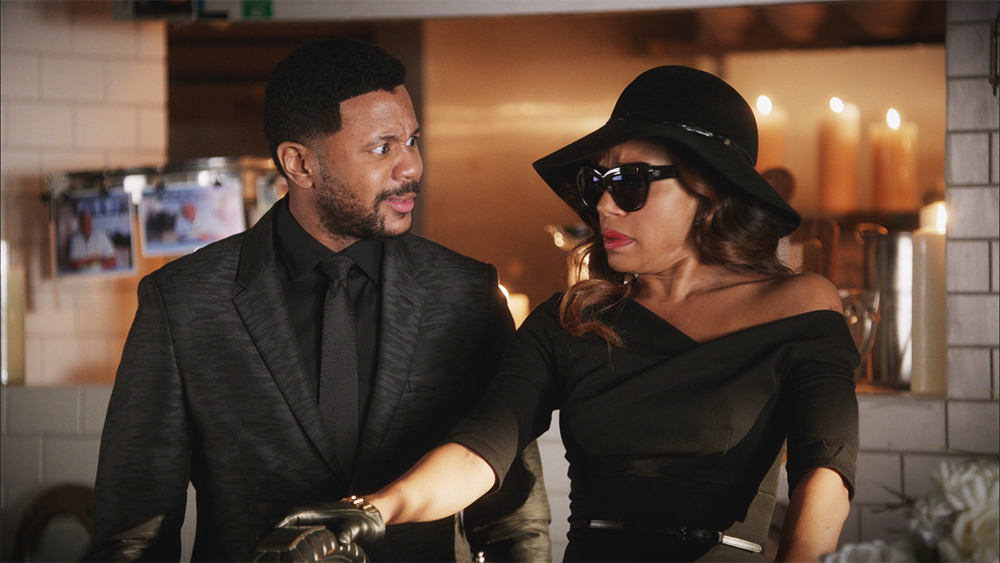 Created by Mara Brock Akil, ‘The Game’ is a sitcom that revolves around a group of NBA stars, who play for the fictional San Diego Sabers, and their significant others. It premiered on The CW on October 1, 2006, and ran for three seasons before it was canceled on May 15, 2009. However, the series got a new lease on life when BET Network picked it up. It began airing there on January 11, 2011. Smart, energetic, and full of heart, the show has garnered a huge following, evident by the fact it had been on the air for nine seasons. If you are wondering whether there will be a season 10, look no further. We have the answer for you.

The Game Season 10 Release Date: When Will It Premiere?

‘The Game’ season 9 premiered on June 3, 2015, and concluded on August 5, 2015, after airing 10 episodes. The show’s future is a bit more complex than what seems at first glance. ‘The Game’ was created as a spinoff series of another Akil show, ‘Girlfriends’, and had a backdoor pilot in the sixth season of the other series. Seeing a positive response from the audience, The CW ordered a full season of ‘The Game’. After it found a new home at BET, the series became even more popular, drawing great ratings throughout its entire run on that network. In late 2014, shortly after the announcement that they are making the ninth season, BET revealed that it would be its last.

“All good things must come to an end, and after celebrating four successful seasons of The Game on BET, the network has announced production is under way on the show’s final two seasons,” said an official statement released by the network.

However, in December 2019, four years after ‘The Game’ aired its last episode, reports started coming out that The CW, the show’s original network, was interested in making a one-hour sequel series to the show. They had even roped in Akil to executive produce the show with Devon Greggory (‘American Soul’), though the latter would serve as the showrunner on the new series. About a month later, it was reported that the network was not going forward with the production of the planned dramedy sequel to the 2006 sitcom, at least temporarily.

The network executives reportedly decided after reading Akil and Greggory’s pilot script for the CBS TV Studios-produced project and offered to make the show independently with Akil instead. Akil apparently did not accept the offer, believing that the version that she wrote with Greggory was true to her vision.

It is not yet known what she plans to do with the script. Seeing how she recently signed a contract with Fox Entertainment to develop a new scripted series for them, it is possible that the ‘The Game’ sequel might find a home there. If this proposed sequel does get made, it’s safe to assume that ‘The Game’ season 10 will only release after 2022.

The show is originally focused on Melanie Barnett-Davis (Tia Mowry-Hardrict), a medical student who forgoes her chance of studying at Johns Hopkins School of Medicine to relocate to San Diego to be with her boyfriend Derwin Davis (Pooch Hall) after he gets recruited by the Sabers. Mowry-Hardrict led the cast from seasons 1 to 5 before making her departure but returned in the 9th season as a guest star.

The other members of the cast include Wendy Raquel Robinson as Tasha Mack, Brittany Daniel as Kelly Pitts, Hosea Chanchez as Malik Wright, Coby Bell as Jason Pitts, Brandy as Chardonnay Pitts, Lauren London as Keira Michelle Whitaker, and Jay Ellis as Bryce “Blueprint” Westbrook. Although London and Ellis joined the cast in season six after Mowry-Hardrict and Hall’s departure, their characters were always treated as new additions to the series by the producers and never as replacements to the original protagonists.

When Akil and Greggory were developing the script for the sequel, they wanted at least some of the original cast members to come back. It is unlikely that Akil will change her mind if and when she finally gets around to making the sequel or even producing a season 10 of the original series.

The Game Season 10 Plot: What can it be about?

According to reports, the proposed sequel is to be set in Baltimore, and not in San Diego like the original series. The plan is to bring back at least a few members of the original cast who will serve as out-of-touch mentors to a bunch knuckle-head new-schoolers as they embark on their own journeys in the ruthless world of football.