Will There be a Gay of Thrones Season 9? 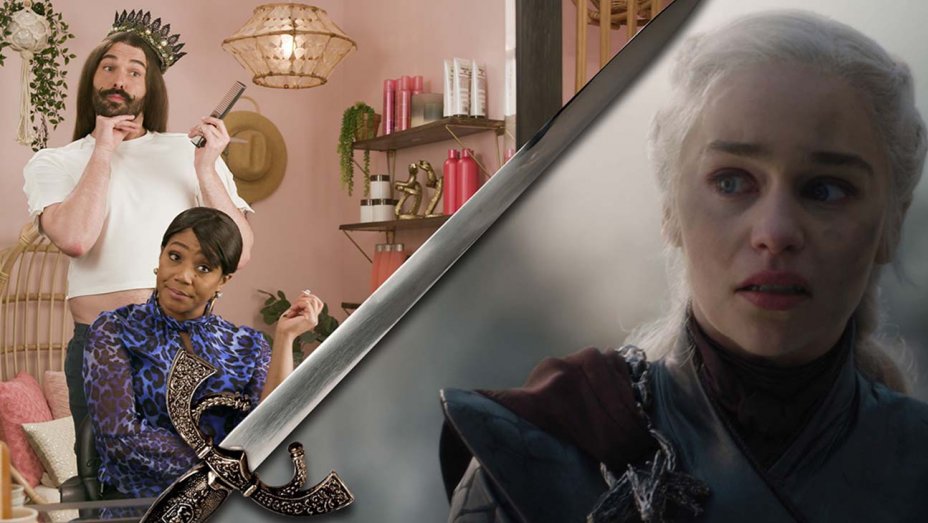 ‘Gay of Thrones’, directed by Erin Gibson, is a parody of the extremely popular drama series, ‘Game of Thrones‘ (GOT).  It originally premiered in the midst of the hit HBO show‘s third season — in April 2013. It airs on Funny or Die and each episode recaps the most recently aired episode of GOT. Just like the massive popularity of its source content, ‘Gay of Thrones’ soon garnered a huge cult following, growing to become a cultural phenomenon over the years.

Over the course last several years, the show released a total of eight seasons. Now, many are wondering will there ever be a Gay of Thrones season 9?

Gay of Thrones Cast: Who is in it?

Jonathan Van Ness stars as the host of ‘Gay of Thrones’. He is best known as the grooming expert of the Fab Five team in the Netflix Original, ‘Queer Eye’. A celebrity hairstylist, tv star, author, political activist, and influencer, Van Ness embarked on his path to success with his work in this short-form, parody series. Alongside him, we also meet multiple celebrity artists who make frequent appearances across the episodes.

Gay of Thrones Plot: What is it about?

‘Gay of Thrones’ features Van Ness as a chatty hair stylist who cuts his customer’s hair and starts a conversation, recapping the latest episode of ‘Game of Thrones’. During the former episodes of this parody show, Van Ness, Erin Gibson, and the rest of the crew would team up to write and film episodes, just after watching a GOT episode on Sunday night. Later, the crew changed their schedule, would watch the show on Sundays, and then start shooting the next Monday morning. This change in the process gave them the option to feature more high-profile celebs such as Anna Faris, Gabrielle Union, and Kumail Nanjiani, among others. Usually, the episodes were released every week on Tuesdays midnight.

‘Gay of Thrones’ season 8 premiered with its episode called ‘Winterfella’, where Van Ness teams up with guest host and comedian Bryan Safi to deconstruct ‘Game of Thrones’ Season 8’s first episode, titled ‘Winterfell’. However, the recap is not a detailed, minute-by-minute recount of whatever occurs in the actual story. It is more of a colloquial description, narrated in Van Ness’ signature style. For instance, he keeps on referring Daenerys Targaryen as Christina Aguilera. He then compares Cersei Lannister’s new wig to that of Pam Brady’s and then wonders out loud that why would anyone name a dragon “Drogon?” He even calls Peter Dinklage “Mayor Pete” and breaks up the latest title sequence.

Over the years, ‘Gay of Thrones’ progressed to become a social media sensation, with episodes being distributed across channels such as YouTube, Facebook and Snapchat. As per Funny or Die CEO Mike Farah, “It was an organic collision of something the Internet cared about, the world cared about and Jonathan cared about.” He further added, “Erin could channel that energy and put it into a show that is both super funny and also a pretty informative recap.”

Gay of Thrones Season 9 Release Date: Will it happen?

‘Gay of Thrones’ season 8 premiered on Funny or Die on April 14, 2019, just two days after the release of ‘Game of Thrones’ season 8. After spanning six episodes, it wrapped up on May 21, 2019, again two nights after the finale of GOT’s final season. Now, as far as a new season of the fan-favorite parody is concerned, you must have already guessed by now that it holds almost no scope for a renewal. With GOT having concluded in all its entirety on May 19, 2019, and ‘Gay of Thrones’ serving as a recap of each of its released episodes, the format does not offer options of a new season. So, yes, Van Ness and his humorous ride with GOT has finally ended.

However, on a positive note, here is the thing. ‘Gay of Thrones’ started airing only in the middle of GOT’s third season. Hence, you would be happy to know that there have been some updates on the group teaming up yet again to relive the first two seasons of ‘Game of Thrones’ and recap some of its episodes as specials. They might even take up the prequel titles that are currently under development. As per Van Ness, “Everyone’s got things that they’re going on to. It is fun to know that Gay of Thrones won’t be the last time that you see me. But I feel like we have to do something else someday.”

So, maybe, we will get to see additional seasons of ‘Gay of Thrones’ if the creators come up with a different approach and decide to cover additional extensions from the GOT world. Until then, let us wait. We will update this section as soon as we hear anything about Gay of Thrones season 9.

You can check out the official teaser trailer for season 8 of ‘Gay of Thrones’ right below. You can also head to their official website if you wish to catch up on all the previous episodes from the show.