Generation Season 2: Everything We Know 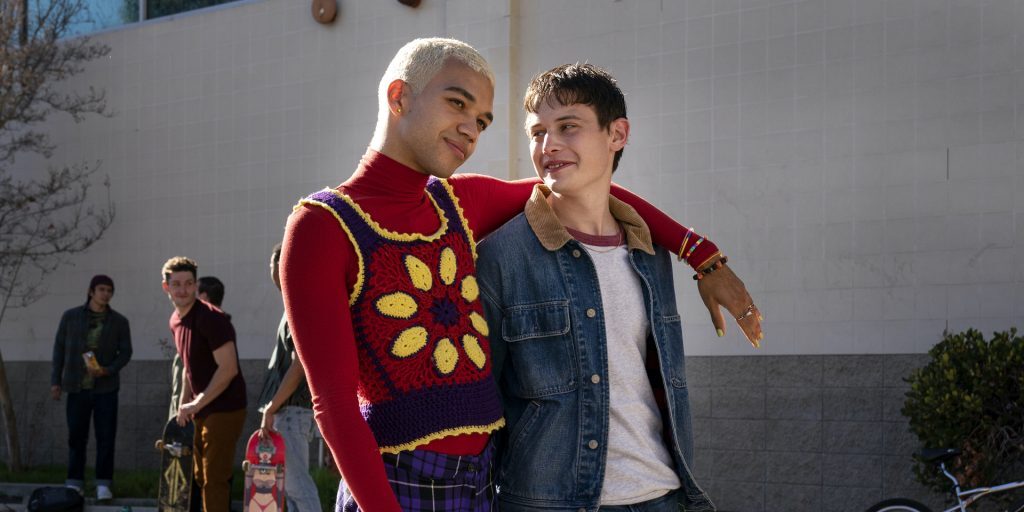 ‘Generation,’ stylized as ‘Genera+ion,’ is a comedy-drama series that follows the lives of high school students in Orange County, California. The show mainly focuses on a school club called the Gay Straight Alliance (GSA) and the various milestones in the lives of its members. Created by the father-daughter duo Daniel Barnz and Zelda Barnz.

Ever since the teen drama first premiered in March 2021, it attracted attention for its bold exploration of serious subjects such as pregnancy, sex, gender, and identity. The natural and convincing performance by the ensemble cast has won the hearts of many viewers. However, some critics pointed out that the narrative felt too forced at times. Despite the mixed response, the fans are looking forward to another season. So, we got curious to know if there will be a season 2, and here is what we found.

With regard to the second chapter of the show, here is everything we know. Currently, there is no news about the much-anticipated second season. However, the future looks promising since HBO Max seems to be invested in series like ‘Generation.’ At the Television Critics Association press tour, Head of HBO and HBO Max Programming Casey Bloys implied that the streamer is looking to attract a young adult population. This series is one among several others that he mentioned which could help achieve that goal. He said, “That young adult demographic is important for Max going forward. And so every show that adds to that, whether it’s on HBO or Max, is a good thing for us to build up that brands so when young adult subscribers come in, they have shows to check out and places to go.”

The show was initially given a ten-episode order for its freshman season. The episode count was later increased to 16 while the industry was still shut down for a few months in 2020. Additionally, in February 2021, co-creator Zelda Barnz told The Hollywood Reporter, “I hope that it gets renewed for more seasons.” Despite these hopeful signs, we might have to wait till August 2021 to hear a formal announcement from HBO Max.

HBO and its streaming service typically wait approximately a month before announcing a renewal. In September 2020, the cast and crew returned to shoot the first season after almost a year since filming the pilot. So, if the series is greenlit for the potential season 2, it might begin production in Fall 2021. In that case, we can expect ‘Generation’ season 2 to release sometime in Spring 2022.

Generation Season 2 Cast: Who can be in it?

The central characters in the show are Arianna (Nathanya Alexander), Naomi (Chloe East), Nathan (Uly Schlesinger), Ana (Nava Mau), and Chester (Justice Smith). Delilah (Lukita Maxwell), Greta (Haley Sanchez), Sam (Nathan Stewart-Jarrett), Riley (Chase Sui Wonders), Megan (Martha Plimpton), and Bo (Marwan Salama) are also important characters who are essential to the show’s storyline. Therefore, if the show is given the go-ahead for another round, most of the actors portraying these characters are likely to return. If new characters are introduced, then fresh actors will be added to the cast.

Generation Season 2 Plot: What can it be About?

In the first season, Greta and Riley go through ups and downs in their relationship before they move on with other people. On the other hand, Chester makes interesting connections with Bo and Nathan. Arianna, Naomi, and Delilah manage to figure out a solution to their problems. In addition, Mark and Megan struggle to come to terms with the truth about their children Nathan and Naomi. But on the other hand, they can feel their marriage falling apart.

If there is a season 2, we will continue to see the teenagers make and break relationships with each other. As they grow richer in experience, they will be inspired to understand themselves better and mature with time. We will also learn if Mark and Megan can successfully overcome their challenges.