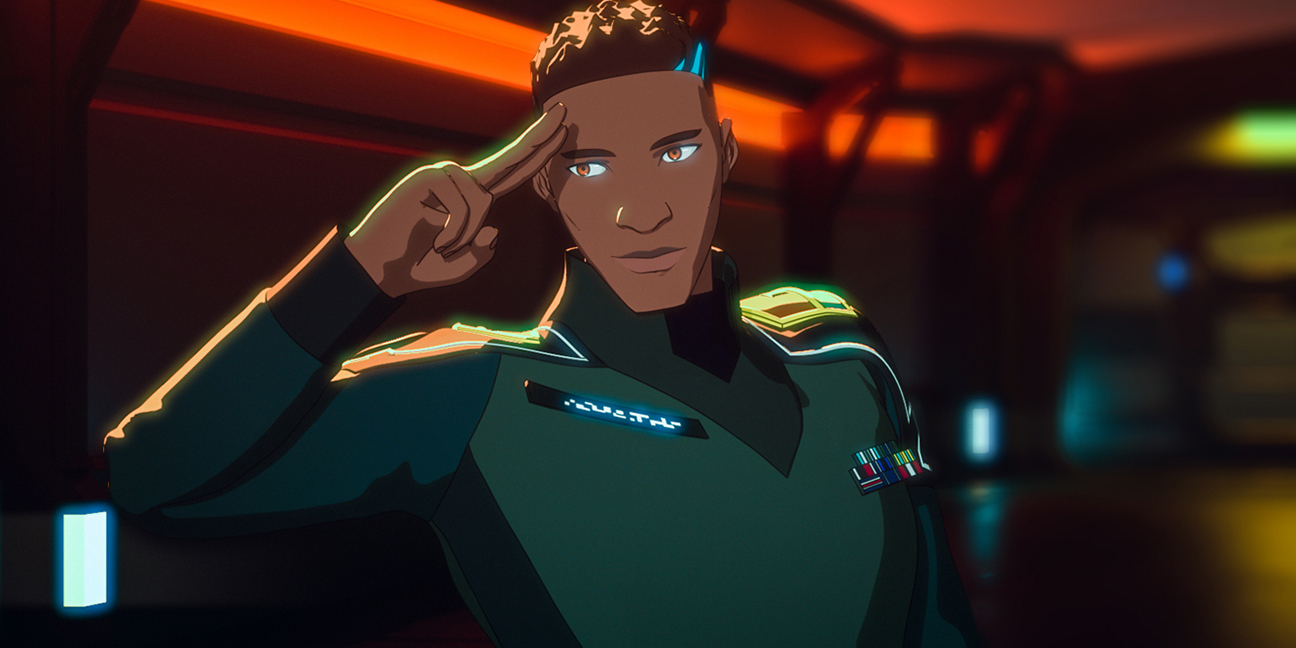 Created by Gray Haddock, ‘gen:LOCK’ is an adult animated series that follows an intense feud between an international coalition known as The Polity and a violent group of invaders called The Union. At the center of this chaotic ordeal lies the gen:LOCK program that initiates a unique transformation allowing gifted individuals to install their minds in a special armor called “Holons.”

The series originally premiered on January 26, 2019, on Rooster Teeth, before it began airing on television on August 3, 2019, on Adult Swim. Subsequently, the series moved to HBO Max for its sophomore round. The show has been lauded for its unique premise and sharp dialogues. If you want to know whether a third season is on the horizon, we have you covered!

‘gen:LOCK’ season 2 released on November 4, 2021, on HBO Max and ended its eight-episode run on December 23, 2021. Every episode of the second season is around half an hour long. In addition, it is likely to premiere on February 2, 2022, on Rooster Teeth for the FIRST members.

As far as the third season is concerned, here’s all the information we have gathered. As of now, the creators have not released any updates about the future of the show. So, even if it does receive an order for a new installment, there might be a delay. Seasons 1 and 2 had a gap of almost three years. This could be to some changes behind the screens. And, of course, the pandemic may have caused further delays.

Throughout its first season run, ‘gen:LOCK’ took the second spot as the most viewed Adult Swim show just behind ‘Dragon Ball Super,’ or sometimes third after ‘Dr. Stone.’ Episode 6 of the animated series bagged the ninth position among all American shows on September 7, 2019. Later, on October 24, 2019, it was announced that the show bagged a renewal for its second edition, which would release on HBO Max for its first 90 days before rolling out on Rooster Teeth FIRST.

Taking into consideration that the series is now associated with HBO Max and hence garnering a strong viewership, we don’t think that a cancellation might be on the cards. Provided there are no more hold-ups, we expect ‘gen:LOCK’ season 3 to release sometime in Q4 2022.

gen:LOCK Season 3 Voice Cast: Who can be in it?

The voice cast of ‘gen:LOCK’ is led by Michael B. Jordan, who lends his voice to Julian Chase, a Vanguard pilot hailing from Brooklyn. Maisie Williams voices Cameron ‘Cammie’ MacCloud, a 17-year-old Scottish hacker who is also the youngest gen:LOCK recruit. Kōichi Yamadera lends his voice to Kazu Iida, a transfer from the Japanese military, where he suffered an unfortunate demotion.

Golshifteh Farahani voices Yasamin ‘Yaz’ Madrani, an Iranian fighter pilot, while Asia Kate Dillon is the voice of Val/entina ‘Val’ Romanyszyn, a former Russian covert agent. Recurring voice cast members include Shari Belafonte (Roberta Chase), Lara Toner Haddock (Patricia Bartlet-Young), Lawrence Sonntag (ABLE), Anisha Nagarajan (Dr. Fatima Jha), and a few more. Therefore, if the series returns on our screens, most of these actors might reprise their voice roles for season 3. It remains to be seen if Monica Rial will be back to voice the character of Col. Raquel Marin. Moreover, there might be some new additions as well.

gen:LOCK Season 3 Plot: What can it be About?

The second season essays the next phase of the war, which has only worsened with time. The Union has utilized Chase’s neural pattern to recreate multiple copies of the twisted Holon. As a result, the Polity is about to go extinct. As a last resort, Col. Marin uses neural copies of her five Holon pilots to gain the upper hand against the enemy, although the method has its disadvantages.

The potential season 3 could delineate the next part of the war, which might not end soon. Now that the Holon has become severely weaponized, there will undoubtedly be a lot of damage in the times to come. Therefore, if the series returns with a new installment, the storyline is bound to get even more exciting!