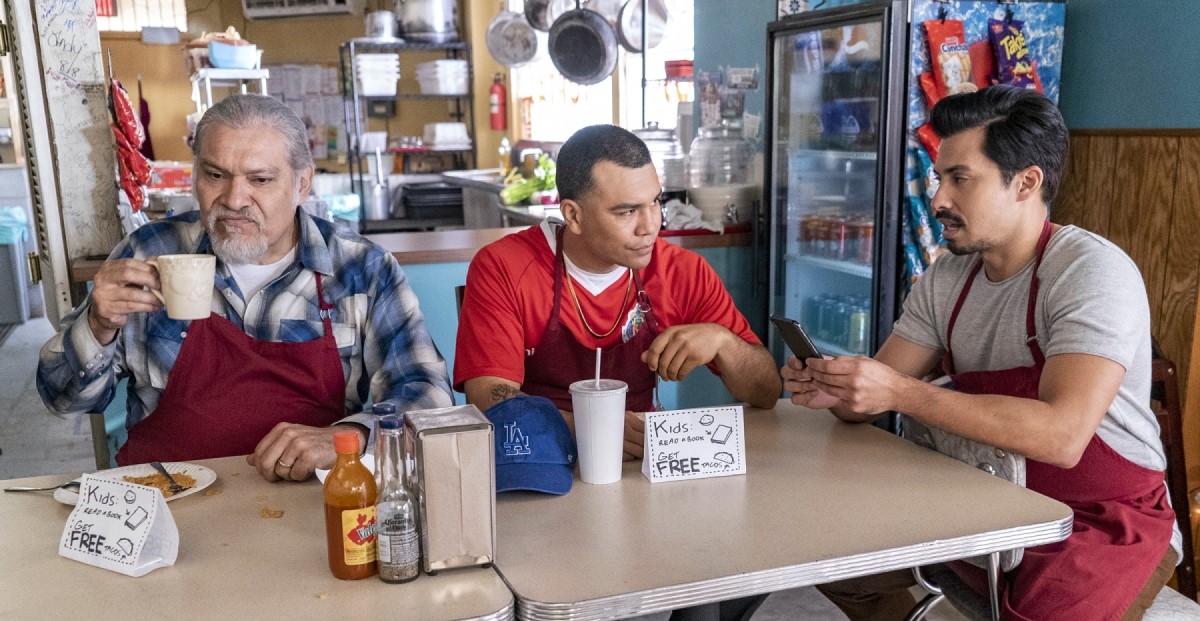 Netflix’s ‘Gentefied’ is a comedy-drama series that revolves around a Mexican-American man named Casimiro “Pop” Morales and his three grandchildren — Erik, Ana, and Chris — residing in East Los Angeles. The three cousins struggle with their desire to pursue the American dream whilst retaining their identity. Created by Marvin Lemus and Linda Yvette Chávez, the family drama originally premiered on February 21, 2020.

‘Gentefied’ expertly uses humor to portray the complex experiences of immigrants in America and has received its fair share of praise for it. The bilingual drama, with its mix of Spanish and English, dives deep into themes of Latinx identity, racism, gentrification, and Mexican culture. With season 2 dealing with darker themes and several grave situations, fans are desperate to see more of their beloved characters. So, will there be a season 3? Here’s everything you need to know!

‘Gentefied’ season 2 released in its entirety on November 10, 2021, on Netflix. The season comprises eight episodes with a runtime of 26-34 minutes each.

Well, what about season 3? As of now, there’s no official information regarding the renewal of the dramedy for a third installment. It is likely that Netflix is waiting to see how well season 2 performs before deciding upon the show’s fate. However, we are optimistic that ‘Gentefied’ will return for a third season due to its phenomenal reception by both critics and audiences. Whilst season 2 resolves the important questions in the plotline, the ending leaves the door wide open for a third iteration.

If season 3 gets greenlit soon, we expect it to land sometime in 2022. We can estimate its arrival by looking at the schedule of season 2. As per reports, the cast and crew commenced filming the sophomore season in February 2021, which aired nine months later. So, keeping in mind the time required for renewal, production, and post-production, we can expect ‘Gentefied’ season 3 to premiere sometime in Q4 2022. Now, all we have to do is sit tight and wait for the official renewal announcement!

Gentefied Season 3 Cast: Who can be in it?

Gentefied Season 3 Plot: What can it be About?

Season 2 sees the cousins fighting tooth and nail to stop the possibility of Pop’s deportation. As the legal dispute with the Immigration and Customs Enforcement (ICE) rages on, the Morales face their own internal conflicts. Chris grows close to Sarai whilst Erik and Lidia deal with relationship troubles. Additionally, the family also combats the threat of losing their taco shop, Mama Fina’s. On the lighter side, we see the Morales celebrating an early Christmas by the beach. In the season finale, Pop’s visa gets approved, and he is able to apply for a green card.

The potential season 3 could delve into how the Morales will embrace their lives now that the threat of Pop’s deportation has passed. We might get to see Erik and Lidia’s wedding, as well as Chris’ professional progress in Mexico City. Ana’s adventures in her new house might also be touched upon if the show returns. The gentrification of Boyle Heights might continue to be an important plotline. We really do hope to see more of the show’s amazing characters!

Read More: Is Gentefied Based on a True Story?